I wanted to humanize people, says Mehvish Altaf Rather on her documentary about traditional Kashmiri bakeries


Kandurwan - Baking History is an attempt to portray the inhabitants of the valley in their normal everday life and not just as people in a state of turmoil.

Showcasing the many varieties of traditional Kashmiri bread and the generations of bakers who are trying to keep the tradition alive, Mehvish Altaf Rather's short documentary, Kandurwan - Baking History, offers a peep into life in the valley, as its inhabitants lead their regular lives, of which the kandurwan forms an integral part.

Kandurwan is the first part of a two-part project by Kashmiri filmmaker Rather, who holds a Master’s degree in Mass Communication from Delhi’s Jamia Millia Islamia.

Speaking about why she chose the humble kandurwan as the subject of her film, Rather said, “Personally, for me, I always felt that there was a dearth of cultural representation of Kashmir in the media. The narrative has either been concentrated on politics or the victimization of the characters."

She adds, "Even in mainstream movies, there is only a certain narrative that is pushed forth. You do not see what is around it. You do not see what constitutes Kashmir as such. But when you watch stories of political conflict in a vacuum, you end up feeling that that particular place is comprised of nothing but the conflict."

The filmmaker further explains, "So, in order to add to that narrative, I wanted to show the culture of the people. Because when you talk so much about the political turmoil, you kind of take away from the humanity of the people over there and they become the subjects of violence and … that’s what arts and literature and culture do… it makes people human. And that was the whole point in taking up this project. I wanted to humanize the people who had been dehumanized for so long. And to do that, I wanted to show the culture and show that these are normal people, leading their everyday life.” 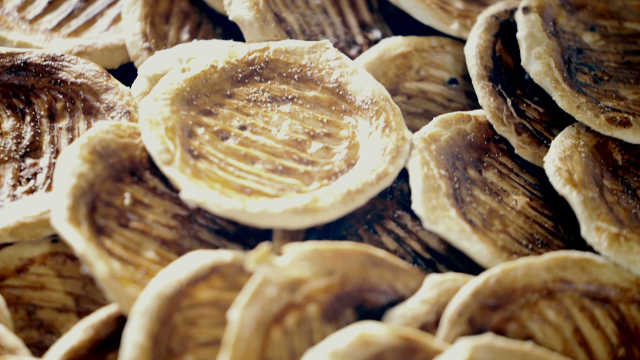 Food of course, was an important part of showcasing the everyday life of people in the valley. “Food is something so powerful because there is so much culture, so much history in it… so much emotion. I wanted to show the food in Kashmir, so this is part of a two-part project, one is kandurwan about traditional breads in Kashmir and the other is on the wazwan, which is about the cuisine of Kashmir. So when people see these films, they don’t see us just as people living in turmoil, but that we are people who have our own culture,” she said.

Although most people would know about the wazwan, which is a multi-course meal in Kashmiri cuisine, few are familiar with kandurwans that are much more than a bakery, as they are an integral part of community life in Kashmir. In fact, the strange paradox of the ubiquity of kandurwans along with the relative lack of knowledge about them outside of Kashmir, is what led Rather to make the film.

She said, “Kandurwans are everywhere, in every residential colony, in every nook and corner of Kashmir. In fact, there is no culture of baking the bread at home. Every morning, we get it from the kandurwans and we have been doing so, not for years or decades but for centuries! Some of the shops that I visited [for the film] have been there for some 100-200 years! So it is really something ingrained in our culture.”

As a filmmaker, while she wanted people to know about this aspect of life in Kashmir, the film became a way of thinking through larger questions.

“The point was to tell a story and I have been personally struggling with [the question of] how do you shoot a film in times of conflict, especially a long-term conflict, without victimizing your characters and without making pawns out of them. This film is an attempt at trying to figure out an answer to that. If we delve into something that lies at the periphery of the central question, maybe we will find an answer to the central question. That was the point of my taking up topics that are not directly about the politics but also interesting enough for people to want to watch. At the end of the day, we do want people to watch our films and it’s not another film that says that we have problems. I also wanted that people should take away something from the film,” she said. 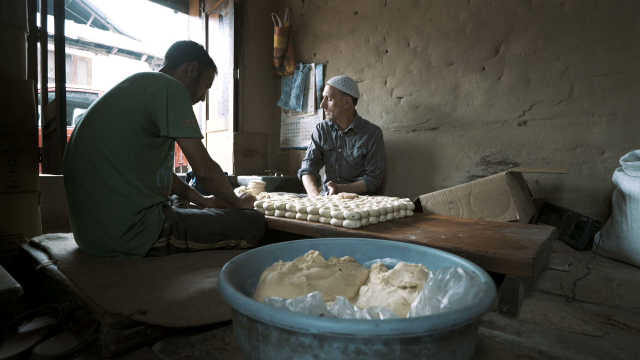 The documentary was shot in 2018. Rather did not face difficulties in shooting the film in the state, but she faced a different kind of hurdle.

Explaining it, she said, “When I started shooting, there was a lot of hope in me, which is why I wanted to talk about something else [other than the violence]. In 2018, there was relative ease in going around to places to shoot but the spaces where I was shooting were predominantly occupied by men. As a woman filmmaker, with two other women crew members…that was a bit of a problem as I felt that there was some reservation in the people opening up to me about their stories.”

And so, Rather decided to take her mother along for the shoots and it worked! Her mother would sit there during the shooting and just the presence of an older woman helped people open up and get comfortable with Rather. “So it wasn’t so much about being a woman, as it was about my age,” she exclaimed.

Kandurwan has been screened at several film festivals, including the Dharamshala International Film Festival 2019 and the IAWRT Asian Women’s Festival 2020.

The filmmaker is currently working on her third project, which is based on Sufism in Kashmir. It explores the culture of Sufism in the state, its unique history and how the foundations of an Islamic society were laid by Sufi saints.

However, in recent years due to a host of reasons, Sufism has lost its prominence in Kashmir. The documentary tries to understand this decline not just through the history and culture but through unconventional ways, especially by exploring folk tales.