Feel blessed to be a part of Paatal Lok, says Niharika Lyra Dutt aka Sara Matthews


The actress speaks about working in the web-series that has set a new benchmark in India and getting along with senior actors like Neeraj Kabi.

With the entire country under lockdown for more than two months now because of the COVID-19 pandemic, video calls have become a popular mode of communication since it is very difficult to meet anyone in person.

But actress Niharika Lyra Dutt had to rely on a similar tool long before the pandemic struck to land the role of Sara Matthews in the acclaimed Amazon Prime Video web-series Paatal Lok. As luck would have it, she was in a different place during both rounds of audition, leaving her no choice but to do a video audition.

Niharika Lyra Dutt's character in Paatal Lok is a young journalist who works with a television news channel and develops a relationship with famous TV journalist Sanjeev Mehra, played by Neeraj Kabi.

The young actress was delighted when told that Cinestaan.com wished to interview her and spoke candidly about her experience working in the web-series that has set a new benchmark for crime thrillers in India. She also spoke about how she got along with senior actors like Kabi. Excerpts:

How has the response for Paatal Lok been? You must be reading comments online.

Instagram has been the only portal through which people have been writing to me. What feels great is that absolute strangers are also messaging me and so are people I look up to. So, it’s really a good mixed bag. It was honestly unexpected. I feel blessed to have been a part of this series at all.

How did your casting happen?

I got a call from Nikita Grover. She is also part of the series. She plays Manju Verma, the constable. I was in Delhi to visit my parents when she called me. She briefed me about the character and sent me the first scene for the audition. I had to record it and send it over to her. She sent me a demo of a very good actor and I thought I would not be able to do it and I won’t get the role. 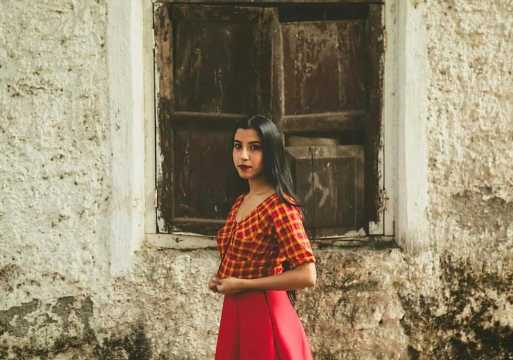 I was out with friends and the scene required Sara to be a little drunk. I was drinking and then I told them about the scene I had to shoot. We found a quiet place in the mall with a white background. When the security guard came towards us, I thought he was going to shoo us away, but he put the lights on for us sweetly.

We shot it and the next day I showed it to my father. He said, ‘It’s terrible! It’s so shallow.’ Then he shot the video and after a few takes we had it. I sent it across [electronically]. I then had to go to Goa for work. I got a call from Nikita. She said I have cleared the first round and should prepare for the second round. I shot the second scene with the help of friends who were travelling with me and sent it. She called me not too many days later and said, ‘You are locked.’

It was surreal. I didn’t believe it.

How did you prepare for the role of a TV journalist?

It was very important for me to understand who she [Sara] was and pick up all the information provided in the script and make it part of myself. I saw the ways in which Sara is similar to me. I also saw the ways she is dissimilar to me, which was very interesting. Honestly, you prepare for each role differently.

I had meetings with Prosit Roy [one of the two directors of the show] and Sudip Sharma [writer and creator] after reading the entire script. I told them I was so excited that I am seeing Sara in every woman. I felt she can have this habit or that habit. So I asked them how she is to them. They said she is me. I asked, what do you mean? They said, why did we cast you? I said, I thought it had something to do with talent (laughs).

After that meeting I was in a dilemma. So, I just thought she is a journalist. Her journey is that she is searching for something. She is also idealistic. I thought it would be interesting to model her on a dog. When you study animals in theatre or acting, you choose certain things. As she is investigating, she puts her nose in things. I took that as my body lead and I was just reading up about female journalists and who are the landmark female journalists in our times, what are the trials and tribulations they go through in this profession.

One thing that came through is that journalism is considered a very masculine world, like any other. These women had to fight to do the journalism they wanted to do. I understood that as it’s a masculine world, you have to pose as someone who is strong and who can’t be messed with. Also I gave her a little bit of masculine features in her behaviour, the way she sits and carries herself.

How was it shooting for Paatal Lok? I believe most of the artistes in the web-series were senior to you.

Yes, pretty much everyone. Honestly, I have to really, really thank Neeraj sir. When I found out I had to act with him, I was incredibly daunted because I really respect his craft. But when we met, he really made it so easy for me. He knew I would be a little nervous, so he would crack terrible jokes. I don’t know whether he did that deliberately. I would make fun of him for cracking such terrible jokes. I remember the first reading we had, we were talking about broken noses; how I had broken my nose and how he had. He made sure there was a level-playing field and we were two actors jamming and not a senior and a junior.

There was some patchwork shoot that happened in Delhi. So I had to shoot in Delhi for a day and return, then again for two days and return. Therefore I couldn’t get the complete atmosphere on the sets. But once we were in Bombay and we had a bunch of days together, I got to know the sound, light and make-up departments. Then you form those one-on-ones. Then it’s fun to collaborate and create and see where it goes. The atmosphere was such that everyone was just there to work and have fun while doing it. It was a great experience.

How was it to be directed by Avinash Arun and Prosit Roy?

The thing is you honestly don’t understand what is going through the director’s head. Especially with something like Paatal Lok, which is so layered and has so many strings, it’s difficult to keep the tempo of everything in the mind and act accordingly. You just have to trust the director and go. My only big regret is that I only had one day with Avinash sir. I had only one scene with him, when Sara meets Manju at the police station. He had a lot to shoot so we couldn’t get to properly work with each other. Hopefully some day in the future we will work together.

With Prosit sir it was fun because once the rhythm got set, I would do something and he would just come from far away and say just one word to me and I would say okay, I got it. Then sometimes the way he yells ‘cut’ I would know this was the take he wanted.

You have done theatre for a while. Was it always decided that you would be making a career in the performing arts?

It was mostly always decided because my father [Avijit Dutt] is also an actor. Since childhood, I and my sister have accompanied my parents on their theatre tours since my mom [Piu Dutt] would also be performing with my father. After one show, the audience had gone but the sets were still there. I went on the stage and started doing a scene which was a part of the play. I really enjoyed myself. A child’s brain is so vulnerable and absorbent that when you are in such an atmosphere you take to it automatically.

I was writing plays when I was in class three and four. I was acting in plays and directing in school. My school also gave me tremendous opportunities to do all of that. It was always a part of my life. I never stopped doing theatre. During college I started doing theatre professionally. This is honestly just another step in my life.

Would you be focusing more on theatre or films in the future?

I am a greedy person. I want to do both. Staying in Mumbai I have realized that you need money for rent and other things. So I have kind of struck a balance where I would do commercial work for money and put that money into doing theatre. And I have never planned anything ever in my life. Things have happened and I have gone with the flow. I don’t know what the future has for me.

You may be aware that a couple of complaints have been filed against the show by some people who were offended by the content. Does this worry you or anyone from the team?

I am not worried because I completely stand by this project. They were very clear from the beginning that they wanted to show a mirror to society and how things are. There are people who don’t want to see that and for them it may seem offensive. This is a step in the right direction because we need to be able to liberate our arts and speak truth to society.

It will be a hard pill to swallow. As Cesar A Cruz said, it's important that art should comfort the disturbed and disturb the comfortable. If it has done that, it’s a good thing.

I am not worried because I don’t think the aim of the creator, writer and directors was to hurt anyone. That’s for sure. Nobody has gone after a particular community. Of course, things can be debated and healthy debate should be encouraged. If people want to speak their mind, let them.

Will there be a second season of Paatal Lok?

I know as little as you do (laughs).