The IMPPA also rebutted reports on social media about shooting for TV serials resuming at the end of June.

In a letter signed by the IMPPA secretary on behalf of president TP Aggarwal, the body described the state of affairs in the film industry because of the countrywide lockdown to curb the spread of the COVID-19 pandemic.

'We are extending help to needy members to survive in these difficult days, but due to the widespread extension of the lockdown on account of the uncontrollable spread of the coronavirus, it has led to a situation which is very volatile and dangerous from the point of view of survival of our members,' the letter said.

The IMPPA further said in its letter that it understands that shooting films will not be possible during the lockdown but said it is possible to carry out post-production work while adhering to the lockdown rules. 'In majority of cases, all the shooting and other work has been completed except for the editing, dubbing and post-production, which are all activities performed indoors in secluded offices, with limited number of personnel,' the letter said. 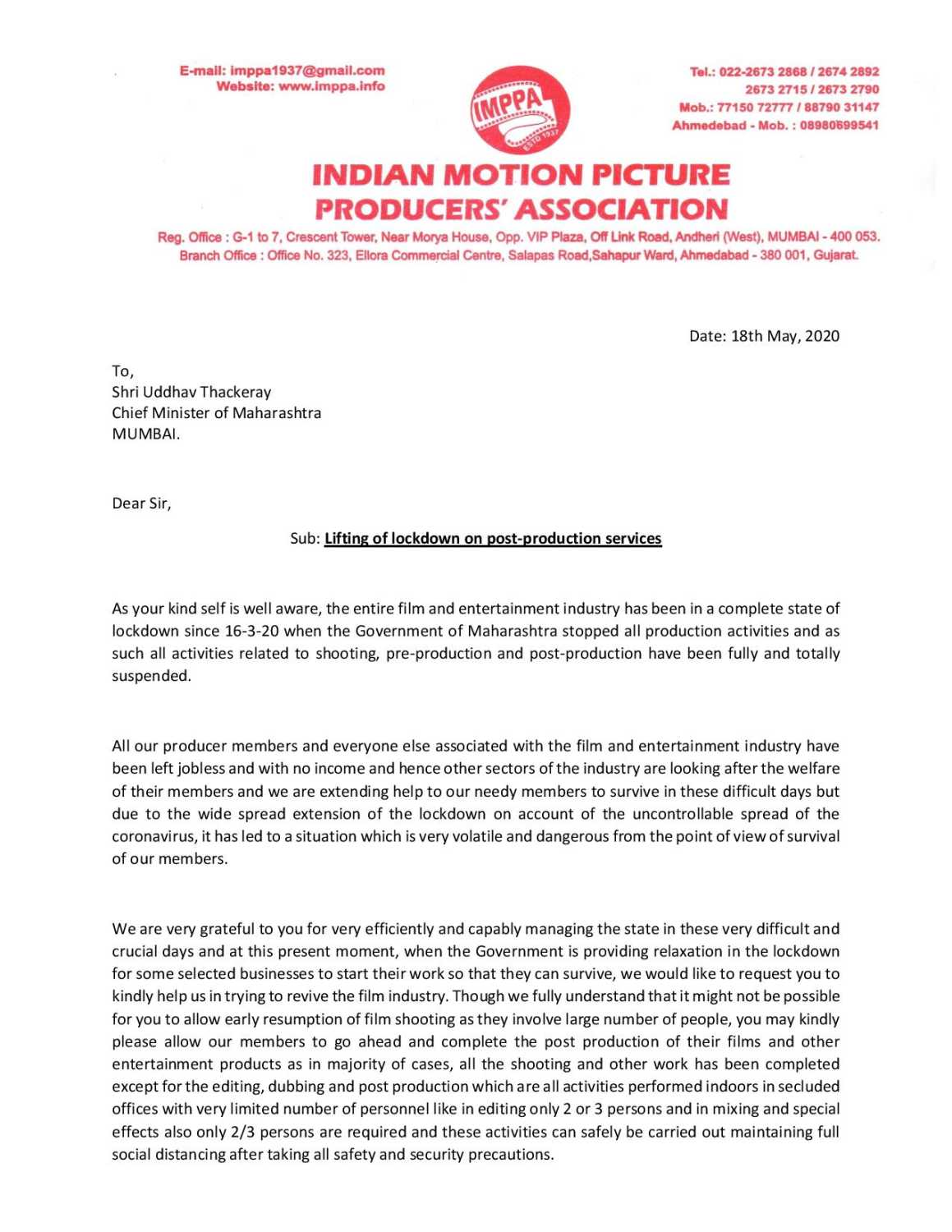 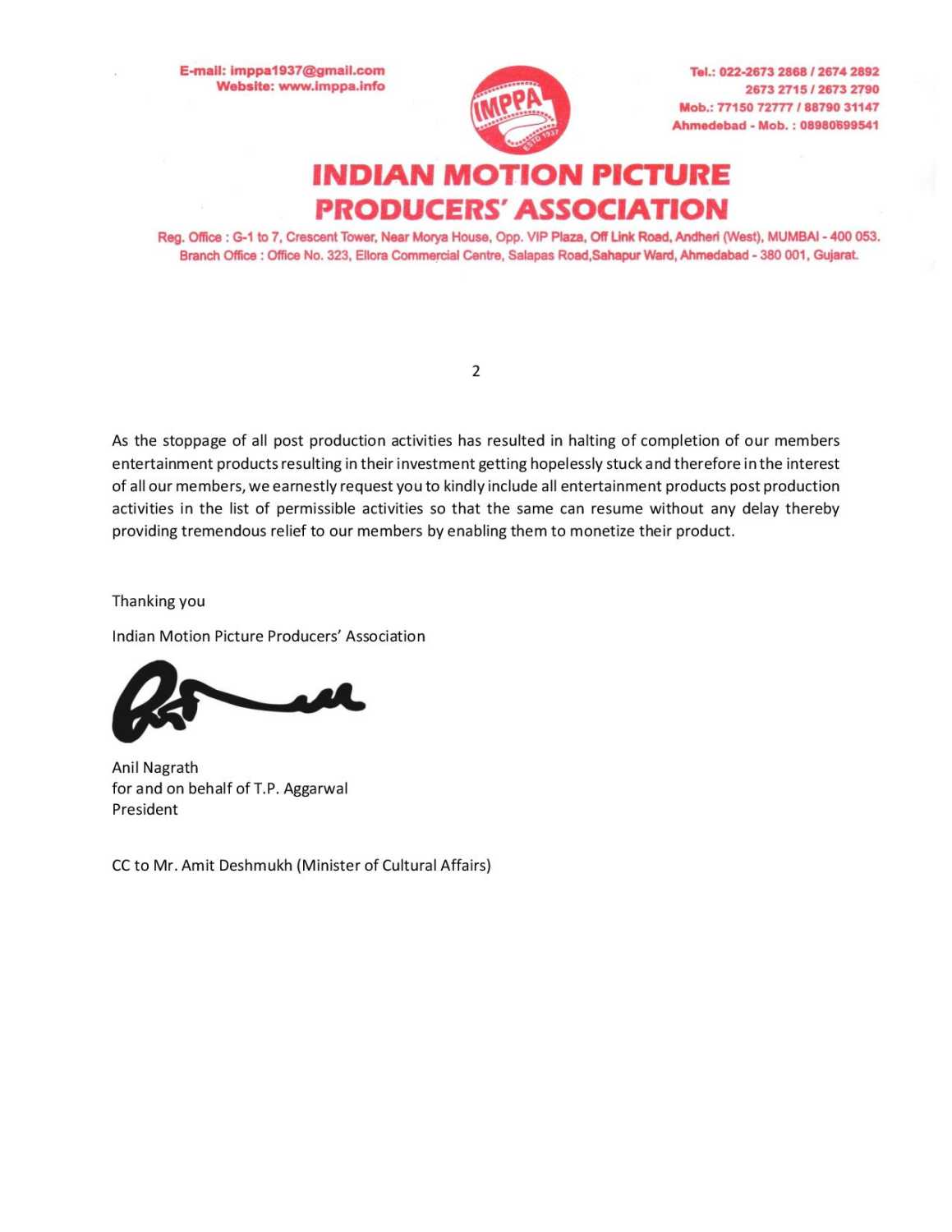 The IMPPA also highlighted the fact that many producers’ money is stuck with work coming to a halt. 'Therefore, in the interests of all our members, we earnestly request you to kindly include all entertainment products post-production activities in the list of permissible activities so that the same can resume without any delay, thereby providing tremendous relief to our members by enabling them to monetize their products,' the letter said.

In a separate letter, the IMPPA also highlighted a fake message going around on social media and WhatsApp, saying that shooting of television serials would begin at the end of June. The message said only 50% of the workforce would be allowed to work, but producers will have to pay the remaining 50% as well. If a worker tests positive for the coronavirus, the producer will have to pay Rs50 lakh to the worker.

'To verify the authenticity of the news, as no such decision or guidelines have been agreed to by all the producers’ associations, the undersigned [Anil Nagrath] spoke to Mr Ashok Dubey, general secretary of the FWICE, who informed that all such news and information of such decisions and guidelines being implemented by the FWICE was false and baseless and no decision has been taken till date,' said the letter. 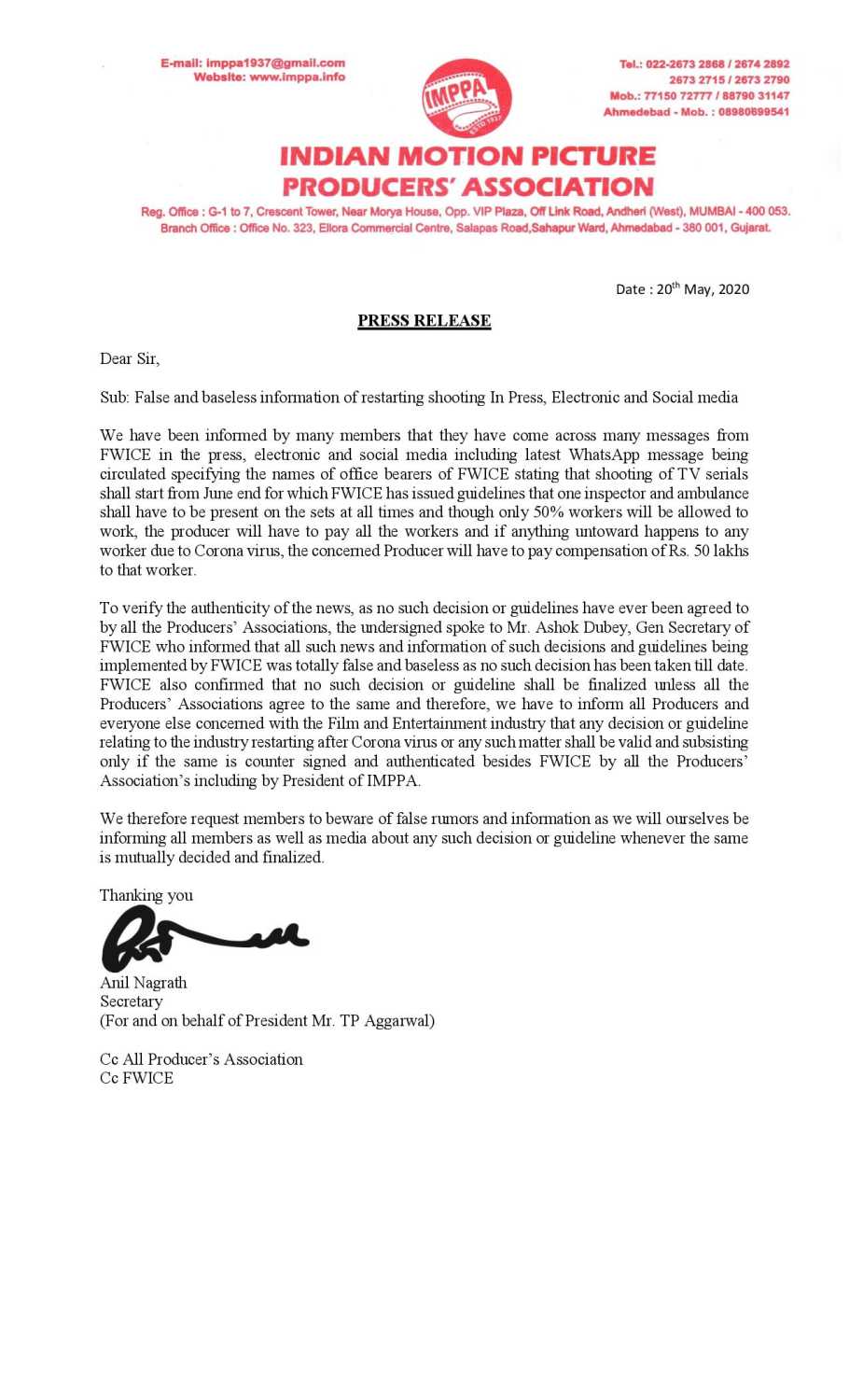