While several reports have suggested filmmakers and production houses are turning to OTT platforms to secure release of their films, not many see it as a long-term alternative to the theatres.

With no end in sight to the crisis caused by the COVID-19 pandemic, many filmmakers have approached OTT (over-the-top) platforms like Netflix and Amazon Prime Video to release their completed films online, without waiting for a theatrical release.

T-Series, one of the biggest production houses in India, is reportedly in talks with Netflix to release the Kiara Advani-starrer Indoo Ki Jawaani (2020). There have been reports of the Akshay Kumar-led Laxmmi Bomb (2020) heading straight to Amazon Prime Video. New reports suggest that other small and mid-size films like Anurag Basu’s Ludo (2020) are also heading the OTT way. Homi Adajaniá's Angrezi Medium (2020) moved to Disney+Hotstar a week into the lockdown. Shoojit Sircar’s Gulaabo Sitabo has just been slotted for an Amazon Prime release on 12 June.

This trend is not limited to Hindi films. 2D Productions, helmed by Southern star Suriya, announced an OTT release for the upcoming Jyotika-starrer Pon Magal Vandhal. The announcement earned the wrath of exhibitors in Tamil Nadu who threatened to boycott all Suriya films.

Despite the growing signs, few in the industry think this will be a long-term pattern. Filmmaker Hansal Mehta said, “I am a consumer of OTT, but I am not the average cinema-going audience. Like me, there is a percentage of the urban audience which might have grown with more access to OTT, broadband, good-quality television sets and facilities. But I don't know if movies on mobile phones will replace the theatrical experience.”

Trade analyst Atul Mohan emphasized that the shift of movies to OTT platforms is simply a result of the situation. “For now, it is only because there is no alternative," he said. "I am sure if people were as busy with daily work, they would let go of one or two services. A common person cannot afford [to subscribe to] all the platforms at once."

So far, Indian films have strictly maintained an eight-week gap between their theatrical and OTT releases. However, with the lockdown, many films are going to be unable to arrive in theatres on schedule and there is certain to be greater competition between big-ticket films and small- and mid-sized projects. 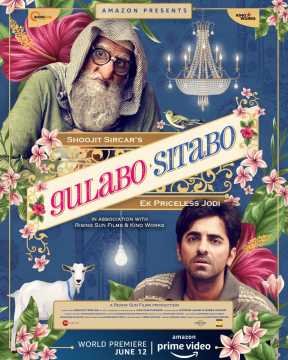 Atul Mohan pointed out that whenever the theatres reopen, distributors and exhibitors would prefer the big-budget films for economic viability. “Distributors and exhibitors already show a preference for big-star movies," he said. "It will always remain like that. The mid-range producers find it difficult to get the response they have been expecting from the multiplexes. We have heard so many stories about small movies suffering odd timings, lesser number of screens, etc.”

Films like Rohit Shetty's Sooryavanshi (2020) and Kabir Khan's 83 (2020) are likely to remain out of reach for the digital platforms, even in these emergency times.

So, the decision to move online is understandable, considering the financial damage producers are facing. Distributor Murli Chhatwani said, “Everyone has to manage cash flow. There are overheads to be paid. Even producers have to face that.”

Explained the move to digital as a ‘survival instinct’, he said, “That is what producers are doing. The producer is trying to take the best-case scenario for his company and for his functioning. It is like an emergency in the airplane, you have to put on your oxygen mask first before helping anyone else. Everyone is putting on their own masks.”

Exhibitor Akshaye Rathi, however, believes producers would do well to stand by theatre owners. “It [the move to OTTs] is obviously something we see as unfortunate," Rathi said. "Theatre is a medium that has supported filmmakers for over a hundred years. In 2008–2012, when satellite emerged as a big market, huge monies were being paid for satellite rights. Eventually, satellite channels realized they needed the payouts to be contained. I don't see why the same will not happen with OTT platforms, with the dependence on big revenues. I genuinely feel it is in the interest of filmmakers and actors to keep the theatrical system alive and keep supporting it.”

While the OTT platforms offer an alternative for filmmakers in these uncertain times, there is a commercial drawback. The producer's revenue is limited to the acquisition price of the content.

Atul Kasbekar of Ellipsis Entertainment pointed out, “If you release a film on OTT in the current circumstances, whatever money you have made at the beginning, that's it. You are done. There is no potential of additional revenue if the film does breakout business.”

This model might need to change, Kasbekar said, if OTT platforms are to be seen as a long-term solution to the film industry's problems. He suggested that the answer might lie in a ‘pay-per-view’ option. “In that case, you know you are entering a pay-per-view agreement, which then becomes a revenue share between the producers and the exhibitors, in this case the OTT platforms," he said. "You also see a potential upside.” However, he added, it would need production houses and OTT platforms to sit down and work out the nuances. Neither side has made a move in this direction so far.

Atul Mohan believes the growing desire to acquire films is also about the survival of the various OTT platforms, more than 30 at last count. “Movies are at the core of entertainment in India," he explained, "be it on television, OTT, or YouTube. They know that unless they have Hindi movies and major stars on their platform, you won't attract [big] audiences. That is one reason talks are on and rumours are swirling.”

What is clear is that the pandemic has had a far-reaching impact on the dynamics of the film industry. One of the examples lies in the process of production itself. Kasbekar pointed out that his production house is already working to cut costs. “We have five films in development," he said. "We are clearly seeing two of them as OTT films. At some point, there is a creative call that directors have to take.”

This is a significant measure. Distributor Chhatwani pointed out, ”In the US, producers are already making movies separately for OTT and theatres. That phase for OTT in India would have come five years hence. Because of the lockdown, it has come five years earlier. People will start staggering. More films like Thappad (2020), Panga (2020), Chhapaak (2020)... there can be mix-and-match of actors. These films will be made at a decent budget and go directly to OTT. These will not require a theatrical release because theatres will already have their share of bigger films and mid-average films.”

The Future for Theatres

Rathi said theatre associations are already discussing ways to ensure safety while keeping finances tight. He said, “For a month and a half, we will have to forget about profits and virtually invest in rebuilding the habit of patrons of coming to the cinemas. For a month and a half or two months, that is what we will be doing as a sector. The attempt would be to break even, keep functioning, and give the audience the confidence that it can come to cinemas and not be affected. The same confidence needs to be given to filmmakers that it is okay to release movies in cinemas now because people are coming.”

Hansal Mehta compared the situation to a similar 'slump' during the rise of the home video in the 1980s. "I see it as just a slump," the director said. "The industry has been through various slumps where the theatrical business has been nearly finished. When VHS came out, video piracy was a major issue. People said theatres will shut down. Business was affected, but soon it recovered and even flourished."

While industry associations await orders from the government regarding the next steps, it is clear that cinema will have to adapt. Mehta, for one, hopes the future would see a return to longer theatrical runs for movies. "Given the need for [physical] distancing and slower arrival of audiences, films might need a longer run," the director said. "It might be a return to the 1980s and 1990s, where films would run for several weeks to silver and golden jubilees. That could be one of the scenarios."

Others hope for a return to normalcy once the lockdown is lifted. While the lockdown is likely to be extended through May in many parts of the country, including in Mumbai, Rathi expressed the hope that theatres would be able to reopen in July. “We are hopeful we can do something starting with Christopher Nolan's Tenet, on 15 July," he said. "Obviously, we don't want to be too early in the opening, and be unprepared having the audience coming into cinemas and having an unfortunate incident of the virus spreading. If it means waiting till July to be absolutely prepared with the equipment and system, we would rather do that, be more responsible than be reckless.”

Will the reopening bring back audiences, by now habituated to staying at home and watching movies? Chhatwani believes it would. “Some people, who have not at all had OTT, will start enjoying it," he said. "But people who have been on OTT for a long time are bored and want to go out and watch a film in theatres. No doubt, more people have gone to OTT [in these past two months], but a percentage will get corrected by people coming out of OTT after having been locked inside."