It was a low-key ceremony with only very close friends and family present. Keeping in mind the safety guidelines, all the guests present were masked.

Actor Nikhil Siddhartha married Pallavi Varma, a doctor by profession, on Thursday. It was a low-key affair and only very select guests from both families were present. Once the lockdown is lifted, a grand reception is being planned for industry friends.

The wedding was originally supposed to take place in April but was postponed due to lockdown. The couple had plans to postpone the wedding even further but their parents were against the idea, according to a report by the India Today magazine. 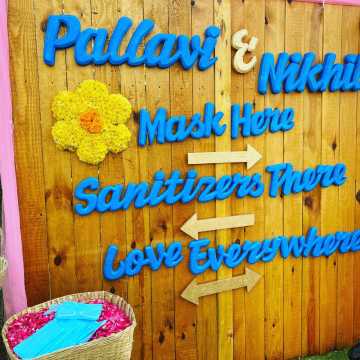 Going by the pictures that have gone viral on social media, the wedding was conducted taking into consideration all the necessary guidelines to be followed during the lockdown. All the guests at the ceremony wore masks.

A few days ago, Nikhil Siddhartha took to Instagram to share a photo of himself and fiancee Pallavi Varma. "Will be together soon. But for now, love you from afar...," he wrote. The couple, who has been in a relationship for two years, got engaged in February this year in a grand ceremony. 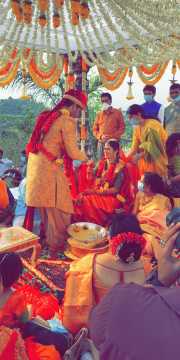 Nikhil rose to fame after his 2007 breakout film, Happy Days, which was directed by Sekhar Kammula. His popularity has been on the rise with films like Karthikeya (2014), Arjun Survaram (2019) and Kirrak Party (2018).

It was recently announced that Nikhil and filmmaker Chandoo Mondeti are all set to reunite for Karthikeya 2.