The film premiered on Amazon Prime for North America and is available on MovieSaints for audiences in India and the rest of the world.

Popular celebrity stylist, Sapna Moti Bhavnani’s directorial debut, the documentary Sindhustan, produced under her film production banner, Akbar Pains, had a worldwide digital release on 12 May. The film premiered online on Amazon Prime in North America and on MovieSaints across India and the rest of the world. The DVDs of the film have also been launched.

An exploration of the Sindhi community’s migration to India, Sindhustan is narrated through a series of intricately designed body tattoos illustrated on Bhavnani’s body. The tattoos on her legs are designed using the folk art forms of Ajrak and Madhubani, which originate from Sindh and India, respectively. 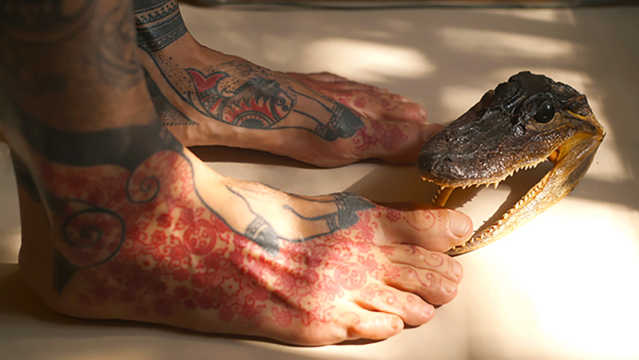 Through the documentary, Bhavnani attempts to dwell into her roots and the history of the Sindhi community, which migrated in large numbers to India from Sindh during the Partition of India.

Sindhustan had its world premiere at the New York Indian Film Festival 2019 and the Asian premiere was at Jio MAMI 21st Mumbai Film Festival. It won the Griffith Film School Award at DocEdge Kolkata 2019, the award for ‘Best Feature Documentary in National Competition’ at Mumbai International Film Festival (MIFF) 2020, amongst several other awards.

The documentary was inspired by a conversation that took place between Bhavnani and her maternal grandmother many years ago and it took Bhavnani seven years to conceptualise and make the film. 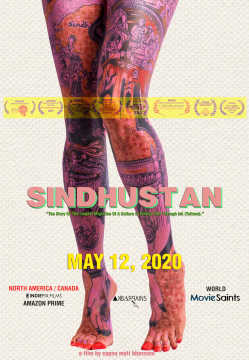 "It is home for many Sindhis like me, who are clueless about our roots. It is home for many refugees who are trying to find their bearings. It is home for millions who lost their homes during Partition. More than anything, to me Sindhustan is hope that one day I will be able to cross the border and touch the soil of my ancestors. I wait with love. Namaste aur Haq Maujood," she added.

Currently, Bhavnani is working on a book for Harper Collins, tentatively titled Chapter One, putting the final touches on her new short, My Dog Is Sick, and working on the screenplay of her feature, Hara Kiri.

Watch the trailer of film: