5 reasons why Bela Seshe was a trendsetter in Bengali cinema: Anniversary special


Bela Seshe, released on 1 May 2015, dealt with the romance that blossoms between an aged couple after completing 50 years of marriage.

Shiboprosad Mukherjee and Nandita Roy deliver some of the biggest hits of Bengali cinema every year. The director duo has a signature style of telling socially relevant stories while catering to the masses. One of their most popular films, Bela Seshe (2015), was released on 1 May five years ago, even before they had founded their own production house, Windows Production.

The film's story revolves around an aged couple, who are parents to four children, Bela Seshe held extraordinary appeal for the audience. In fact, it started a trend of movies being made on relationships within a family, especially highlighting the issues faced by aged parents.

Though Bela Seshe had reasons to be considered outdated by the audience, it turned out to be one of the most significant films of the decade. The film explores the romance between an old couple, played by Soumitra Chatterjee and Swatilekha Sengupta.

Married for 50 years, Biswanath (Chatterjee) invites their children and their families home for Durga Puja to make an important announcement. While all anticipate the announcement of Biswanath's will, he surprises them by declaring that he wants to divorce his wife, Arati (Sengupta).

However, as the judge (Barun Chanda) is unable to cite a relevant reason for the divorce, he advises the couple to go on a holiday by themselves for 15 days and reconsider their decision. 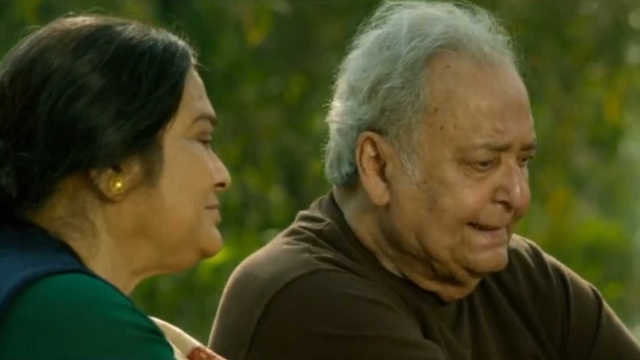 Arati, who cannot live without her entire family, asks all of them to accompany the couple. The daughters and son, along with their husbands and wife, make arrangements so that Biswanath and Swatilekha can spend most of the time together. During this trip, the couple rediscover their love for each other.

On the fifth anniversary of the film's release, we list five reasons why the film was popular and considered a trendsetter in Bengali cinema.

1. An aged couple as protagonists

Biswanath and Swatilekha's journey of rediscovering their love for each other is a narrative that every middle-class household can relate to. A wife, who was so engrossed in managing the household and rearing the children, regarding them to be her biggest responsibility, that she never had the space to differentiate between her love for her husband and her family. On the other hand, the husband, who never really had to handle the nitty-gritty of the household, did not realize how his life had been shaped by his wfe's careful and nuanced attention.

The film is replete with references to dominant themes of Bengali culture, which resonate with most Bengalis. Starting from Biswanath’s publishing house in Kolkata's famous College Street to Durga Puja, the audience can find familiar spaces in the film. The director duo carefully chose the story of Bibhutibhushan Bandopadhyay’s Chander Pahar, a story read by almost every Bengali book lover as a child, for Arati’s narration to her grandson while feeding him.

The family’s trip to Shantiniketan also presents another relatable narrative for Bengali audiences. After all, Shantiniketan is an abode of folk culture and Rabindranath Tagore’s life and creations at the same time.

3. A mood of appreciation within the narrative

As the son and daughters of the couple, along with their families, begin surveillance of the gradual progress of the relationship between their parents, along with deriving voyeuristic pleasure out of it, they also begin to appreciate and melt in emotions when they see their parents pour out their love for each other.

Thus, the directors cleverly establish an air of appreciation for the audience, leaving no scope for them to draw their own interpretation of a rather simplistic narrative. 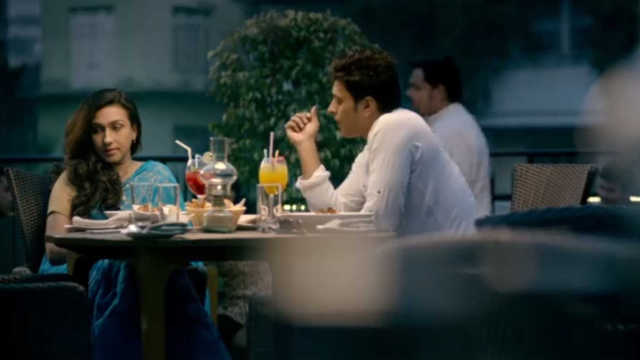 4. A simple solution for grave problems

One of the patterns repeated by Mukherjee and Roy in almost every film is that they present a grave and relatable problem and, in the end, present the soloution without going into details. In Bela Sheshe, there are also other couples who are going through a marital crisis.

For instance, Malasree (Rituparna Sengupta), one of the daughters, has an extramarital affair, but the reason why she is not satisfied with her husband Bijon (Sujoy Prasad Chatterjee), is never clarified. It is difficult to figure out if Bijon’s dedication to music is the reason for Malasree’s detachment because, towards the climax, Bijon seems equally devoted to Malasree. However, they reignite their relationship simply by reflecting on how the parents have rediscovered their romance, without bothering to discuss their problems.

A similar pattern is followed with the narrative of the son Barin (Shankar Chakraborty). The all-is-well-that-ends-well pattern offers the audience a seamless experience without disturbing its mind even for a moment.

5. An ensemble cast of popular artistes

Swatilekha Sengupta made a comeback with Bela Sheshe 30 years after she made her mark in Satyajit Ray’s Ghare Baire (1984). The chemistry with her former co-star Soumitra Chatterjee in a new format and context was intriguing. Apart from Chatterjee and Rituparna Sengupta, the only glamour quotient of the film, Bela Seshe rides on honest performances by Kharaj Mukherjee, Shankar Chakraborty and Aparajita Adhya, artistes whom the audience can easily relate with, despite primarily getting pulled in by Chatterjee and Sengupta's popularity. 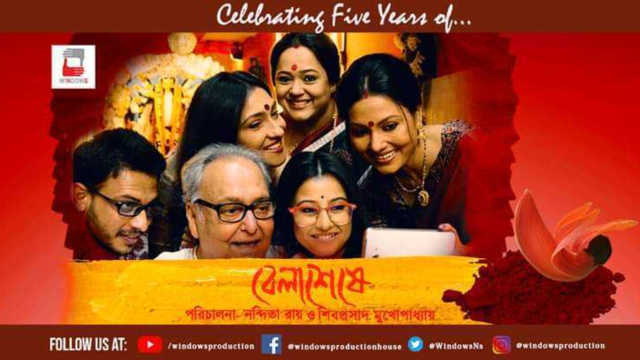