Usha Kiran died on 9 March 2000 after a battle with cancer. On her 20th death anniversary, we look at a few lesser known facts from her life, as narrated by her in an interview to Moni Mathai Singh in 1990.

1. She had a small part in Uday Shankar's Kalpana (1948) and fought with the director on the sets of the film. 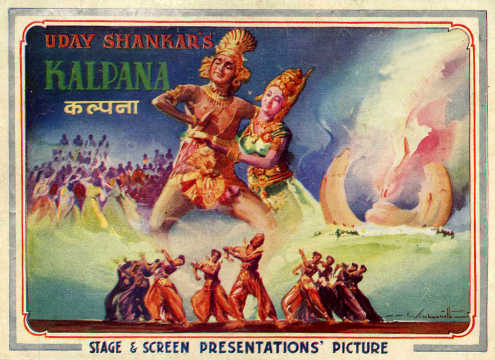 The great dancer Uday Shankar saw Usha Kiran perform on stage at Bombay's Excelsior theatre [now New Excelsior cinema], and wanted to cast her in his upcoming dance film. The shooting of the film was in Madras and the young actress was selected for it. However, there was a small fight on set and Usha soon returned to Bombay.

"It was just a misunderstanding, coupled with Udayji’s mercurial temperament and my militant naivete," she recalled in the interview. She was asked to wear a see-through Manipuri costume, but as she was uncomfortable in it, Usha wore a white slip inside. Uday Shankar's wife Amala asked her to remove it, but she didn't listen.

When Uday Shankar finally noticed, he shouted at Amala, who also told off Usha. The event still on her mind, Usha Kiran wasn't in the right frame of mind for the film, which led to a fight with the director where she held her ground.

"One day he bellowed once again," she said of the encounter. "‘Don’t you know how to smile?’ I, in turn, replied hotly, ‘No! You teach me how to smile!‘ And that was the end. In retrospect, I would still credit him with shaping my inherent talent, more than anyone else." 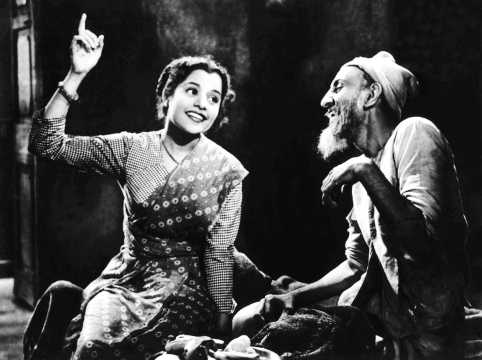 After working in theatre, the actress did bit parts in Hindi, Marathi and Gujarati cinema. She wasn't keen to continue acting but had to support her entire family. She received her first lead role in Gauna (1950). Director Chakrabarty must have seen something in her because he cast her in a few films thereafter, including Patita (1953), which rested entirely on her shoulders.

Usha Kiran outshone her co-star Dev Anand in Patita, showing her mettle as Radha, a poor young woman who is raped and taken advantage of by her landlord Manohar. Nirmal (Dev Anand) played her employer and, later, her husband who accepts her after he learns that she has a child to take care of. But when Manohar returns, Radha shoots him and is tried for murder.

The film was a stepping stone for Usha Kiran as it elevated her to bigger parts and more leading roles with actors like Dilip Kumar and Raj Kapoor.

3. She won the Filmfare award for Best Supporting Actress for her performance in Baadbaan (1954). 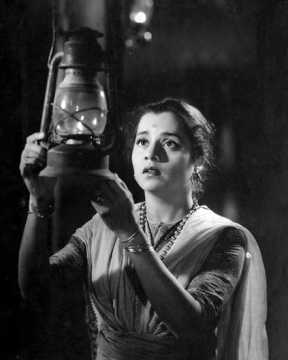 The multi-starrer, directed by Phani Majumdar, featured Ashok Kumar, Dev Anand, Meena Kumari, Leela Chitnis and Gope. The Bombay Talkies film revolved around an orphan hailing from the fishing community, played by Dev Anand, who is adopted by a rich couple. When he grows up, he returns to the village of his birth and is drawn to Mohnia (Usha Kiran), who is quite unlike his wife, played by Meena Kumari.

Usha Kiran's performance won for her the first ever Best Supporting Actress trophy at the second Filmfare awards. The category did not exist the previous year. A review of the film (from an unknown magazine source) stated that Usha Kiran's performance 'dominates the picture with her gloriously rich portrayal as the fisher girl Mo­hnia'. The reviewer continued: 'She literally lights up the screen with her brilliant, sympathetic acting and is the embodiment of allure in the dances she puts over with inimitable sensuous grace and the joyous aban­don of a gifted danseuse.'

Usha Kiran was the first and only actress to hold the largely ceremonial position of sheriff of Mumbai. She was named to the post in 1997. She followed her former Daag (1952) co-star Dilip Kumar and actor Sunil Dutt, who had held the post before her.

5. Her daughter Tanvi Azmi and granddaughter Saiyami Kher both followed her into cinema. 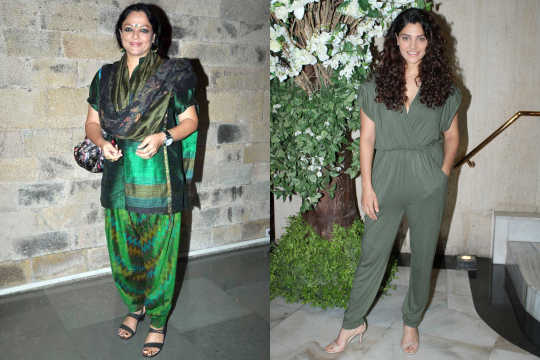 Usha Kiran's daughter Tanvi made her acting debut with Pyari Behna (1985), directed by Bapu, with co-stars Mithun Chakraborty, Padmini Kolhapure and Vinod Mehra. She is married to cinematographer Baba Azmi, son of the late poet Kaifi Azmi and brother of actress Shabana Azmi.