The first-time director speaks of how the concept for his debut film came about and the protagonist got his catchphrase.

Hardik Mehta’s debut feature film Kaamyaab sees Sanjay Mishra play a character actor who is struggling to land his 500th film role. The filmmaker revealed in a group interaction with journalists ahead of the film's release how he thought up the storyline.

“There was a time when film posters also had the faces of supporting actors," said Mehta. "This also used to excite us. But I realized that after the year 2000, faces of such artistes started disappearing from the posters; we could only see stars. I used to find it surprising.”

Raised away from Mumbai, Mehta, like many others, had the impression that all artistes were rich, including supporting artistes. “But when I came to Mumbai I saw them taking buses or travelling in autorickshaws,” he said. “I was stunned as I used to think they might be living in bungalows. I realized that only the stars stay in bungalows in Juhu. So I felt we should look at it in a humorous way and show the reality of their life.”

Mehta was keen on casting an actor who had been working for a long time as a character artiste for it to look authentic. “There was no other option than Sanjay sir," he said when asked if Sanjay Mishra was his first choice. "He has done such outstanding work over the years.” 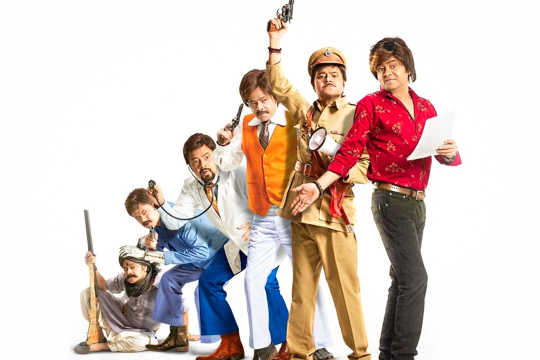 Recently, Shah Rukh Khan’s Red Chillies Entertainment came on board to present Kaamyaab. This has obviously delighted Mehta and his team. “This is beyond our imagination!" he said. "We never thought this while making the film.”

Mehta believes that though Kaamyaab is about an actor, people from all walks of life will relate to it. “Even an electrician or a security guard are important as they, too, are kaamyaab [successful] in their jobs," he said. "It is the story of a person with whom everyone will relate. We chose the medium of cinema because it holds people’s emotions and humour.”

Mishra’s character Sudheer has a catchphrase in the movie: 'Enjoying life. Aur option kya hai?' Mehta got this line from his friend Vivek Soni, also a filmmaker, who heard it from a groom’s father at a wedding.

“Vivek saw the groom’s father running helter-skelter and asked him how he was doing. The man said, 'Bas beta, enjoying life. Aur option kya hai?' I stole the line from him as I loved it,” said Mehta. “I felt it can be used in my film. The person who gave this line is Sudheer Kumar Pandey. We have mentioned him first in the thanks credits.” 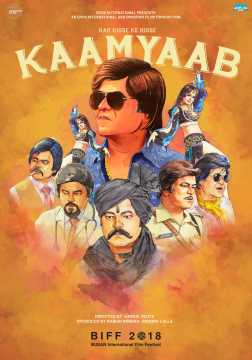 Mehta is currently working on the post-production of his next project, Roohi Afzana, a horror comedy. It stars Rajkummar Rao, Janhvi Kapoor and Varun Sharma.

The filmmaker narrated another humorous tale of how films have influenced him and his family. He was once talking to an uncle after moving to Mumbai. “My uncle asked, ‘Where do you stay?’. I said, ‘Seven Bungalows.’ He asked where is that? I said, ‘Near Versova.’ My uncle said, ‘Oh! Activities like smuggling take place there.’ I told him that used to happen in the films of the 1970s where they would say, ‘Versova ke dock pe maal aayega’," said the filmmaker laughing.

Mehta believes that character artistes are finally getting their due today because of the growth of digital media. “On YouTube, scenes featuring actors like Sanjay sir, Vijay Raaz and Pankaj Tripathi are separately uploaded. See how Neena Guptaji has reinvented herself so well. So, it’s a great time for actors. Thanks to great content, actors are getting such good roles,” he said.

Kaamyaab is a slice-of-life entertainer. So, the Kaamyaab filmmaker's answer to the inevitable question about his favourite director was no surprise. “Hrishikesh Mukherjee," he said. "And there won’t be any other favourite director for the next 100 years. I feel his films shouldn’t be remade.”