Amitabh isn’t the same person he was when he began, says Vikram Gokhale

The promos for Milind Lele’s AB Aani CD (2020) have suggested that the film is light-hearted in nature. But the underlying plot is quite serious, lead actor Vikram Gokhale told Cinestaan.com in an interview.

Explaining the story, Gokhale said, “Over the past 60 years, aged people in the house have been subjected to bad behaviour by the rest in most families. Hence, they feel lonely. Earlier, they had an outside world comprising their friends and at home, they had family. But once they stop earning, they start becoming a burden [for family members]. The film is about the mental harassment they go through.”

Generally, the younger generation starts learning the behaviour of their parents towards their grandparents. But Gokhale said this isn’t the case with AB Aani CD. “In our story, the youngsters try to derive a solution for the state of their grandparents, which is amusing, comical and shocking. But it is shocking in a happy way. The humour born of this is what the film is about,” he said. 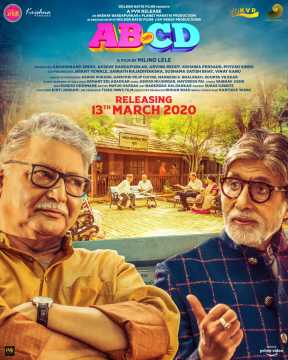 The highlight of the film is the casting of Amitabh Bachchan as Vikram Gokhale’s character Chandrakant Deshpande's childhood friend. So, asking Gokhale about his experience working with Bachchan was an obvious question.

“Bachchan is a legend," he said. "He is not the same now as when he was a nobody and had done just one or two films, which is natural. Although he tries to be the same Bachchan, people have put him on such a high pedestal, and he deserves that. My friendship with him goes back to 1968. That hasn’t changed at all.”

One of the iconic scenes from Bachchan’s career is from the film Agneepath (1990), where he is having a chat with the police commissioner played by Gokhale. The actor said they had never expected the scene to become such a rage.

AB Aani CD also stars younger artistes like Sayali Sanjeev and Akshay Tanksale. Gokhale did not feel that the two are new or inexperienced. “They are so good that neither the director nor anybody else had to give them any special instructions," he said. "It was such a good experience working with them.” 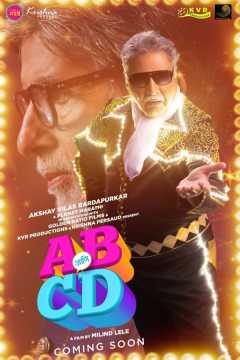 Gokhale has acted in over 180 films in a career spanning close to 50 years. “When I choose films I check whether the film is saying something and, more importantly, whether it has a proper aim,” he said, discussing his criteria for choosing projects. “If I like the aim, I accept the film. My role and other things come later.”

Asked whether he thinks about the film's box-office prospects, he retorted, “I just don’t care.”

The actor found that AB Aani CD had a proper aim and so is excited for the film. “I am excited for all my films which are made with specific aims. Hence, I have the same excitement for this film. My only wish is that people should see this film in the theatres,” he said.

Gokhale is happy with the way Hindi cinema is shaping up. “The trend is to make biopics or films based on real incidents, and this is good,” he said.

Later this year, Gokhale will play India’s prime minister Narendra Modi in the web-series India Strikes Back, based on the aftermath of the terrorist attack in Pulwama in February 2019.