I was scared a few times while shooting for Bali, says Swwapnil Joshi


Bali, which is directed by Vishal Furia, is the actor's first horror film and his next project after the web-series Samantar.

After the web-series Samantar, an out-and-out thriller, actor Swwapnil Joshi will next be seen his first horror movie titled Bali. The film is directed by Vishal Furia, who debuted with the horror film Lapachhapi (2017), starring Pooja Sawant in the lead role.

Joshi has finished shooting for the film and is delighted with how it’s turning out. “It’s brilliant. I had promised myself that 2020 will be a year for out-of-the-box stuff. Samantar is the first. Bali is a classic horror film, a genre I have never associated with before,” he said during an exclusive chat with us. 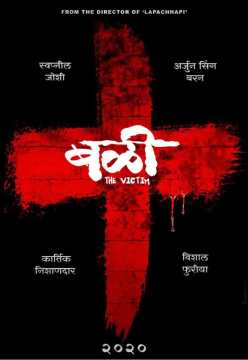 On whether the audience will get spooked, Joshi was quick to say, “A lot! I was frightened a few times myself while shooting. And Vishal has a very different way of shooting a film. For example hypothetically, he doesn’t tell you the whole shot. So at times you also don’t know who will be entering from a door.”

Elaborating further, he said, “He would just tell me that I have to go near a door and then turn around. There are four doors and from the third door someone enters. You react naturally because you are scared. And he shoots that. So, he has a very interesting way of directing a story, which I liked. I loved working with Vishal.”