Pandit's Chehre is in post-production, while The Big Bull still has a few days of shooting left.

Anand Pandit with Amitabh Bachchan on the sets of Chehre.
give your opinion

Producer Anand Pandit has two important films in the pipeline, the first is the Amitabh Bachchan and Emraan Hashmi-starrer Chehre (2020), while the second is The Big Bull (2020), starring Abhishek Bachchan. When the lockdown in the country due to the coronavirus pandemic was announced, the first film was in post-production while the second was still on floors.

However, fortunately, neither of the films have been too adversely affected. “Thanks to technological advances, we have been literally untouched as far as Chehre is concerned,” said Pandit, in an exclusive chat with Cinestaan.com. “The film is in post-production and the technicians are working remotely and within the safety of their homes.”

When the lockdown was announced, there were still two-three days of shooting left for The Big Bull. “It is kept for the end of April. We are monitoring the situation and will take a call on that accordingly,” he said.

Pandit is producing The Big Bull along with actor Ajay Devgn. The film is based on the stock market scam of the early 1990s. 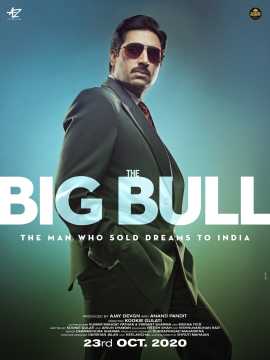 It is obvious for any film to face some loss due to delays, but Pandit isn’t thinking too much about that. “I would not like to quantify the losses as significant because everything seems insignificant in the face of the current crisis we are facing,” he said. “Having said that, being a producer, the hit is being felt by me and everyone in the industry.”

The lockdown has certainly not affected his sense of excitement about both films. “Both Chehre and The Big Bull, while belonging to completely different genres, have extremely strong storylines, and I think that really adds up to making a strong film. I am very excited about both of them, and I am sure audiences will love them,” he said.

Pandit feels that the lockdown is ‘surreal,’ as he didn’t expect it to last so long. “A week back, it seemed that the isolation would end soon. But now I am getting myself and my family used to the idea that this isolation might extend for a much longer time,” he said. 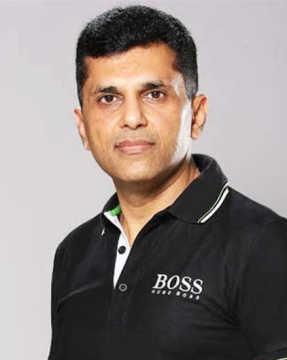 Conveying a message to the film industry, and people at large, he said, “It’s important that we don't get restless and feel as if the world is coming to an end. This too shall pass and we will overcome it. I am doing a lot of meditation, exercise, and catching up on all the shows I had wanted to watch for a while.”

He tells us that the lockdown has been a struggle for him as he is used to having packed days. “But at the same time, I am also very spiritual and I believe when the forces of nature tell you something, you must stop and pay attention. Humanity is being taught something, and we must learn,” he said.

When asked about his take on the way authorities are dealing with the crisis, he said, “I think prime minister [Narendra] Modi at the centre, and the state chief ministers are doing a solid job in trying to control the spread of the virus. I think the messages from the prime minister have been on point. It's not easy to manage a country of 130 crore. We must stand united behind our government and follow their lead,” he said.