Still not easy to get funds for a film about women, by a woman: Geetha J


The filmmaker talks about her debut feature, Run Kalyani, which is being screened at the ongoing Bengaluru International Film Festival, as well as her journey as a woman filmmaker.

Writer-director-producer Geetha J has had a keen interest in women’s stories. Starting as a journalist and film critic, she made her first film, Woman with a Video Camera (2005), with real women in Kerala. It juxtaposed the Vertovian observational documentary with a Maya Deren psychodrama. She collaborates with filmmaker Ian McDonald on documentaries, and their first feature documentary, Algorithms (2012) was screened at several international film festivals.

Her first feature, Run Kalyani (2019) is about the duties, dreams and desires of Kalyani, a young cook who takes care of her ailing aunt. The film uses a cyclical form to take us into the mundane pattern of the lives of working people, with each day bringing something different. The film premiered at the 2019 edition of the Kolkata International Film Festival.

In an exclusive chat with Cinestaan.com during the Bengaluru International Film Festival, the filmmaker talks about her move from the documentary form to fiction, and the ideas that culminated into the making of her first feature.

You mentioned in the introduction to your film, how making observational documentaries flowed into the making of your first feature. What has that journey been like?

We have a misconception about documentary, or rather there are different modes of documentaries and it’s different in different places and times. Ian [McDonald] and I work together on observational documentary… and when you piece together the film, it feels like a fiction film, it feels like people have acted in it because there is no narration and it’s just unfolding in front of you. So those are the kinds of documentaries we do, and that is the way we see fiction as it slowly unfolds. My training of documentary is observational, where you observe life, watch people and you have patience.

My first film was A Woman with a Video Camera, and that is a mix of documentary, and what I call, psycho drama. We mix together the two and it’s a juxtaposition. And that’s something I really like about filmmaking, how we juxtapose different things. In the film [Run Kalyani], we have taken [French composer Maurice] Ravel’s Bolero piece and Indianised it with Indian instruments. So I do this a lot.

This idea of documentary and real life, and just tangentially seeing the imagined life to find truth, because truth is somewhere in the middle of all this, is there in my films. How do you arrive at the truth? In A Woman with a Video Camera, I was talking about Kerala. The violence happening today was almost predicted in that film and a solution was also, in a way, given.

So this tradition of creative and observational documentary has helped me a lot in making this film, in imagining characters, in small gestures, silences. Another thing that has helped me is dance. I am a trained dancer, so we learn how to do things without talking much.

This is also a film that is about Kerala. All the issues of Kerala are there, high literacy, film awareness, lack of opportunities, the lack of money and domestic violence. But we are also progressive. So there’s a contradiction, what we call the riddle of Kerala. 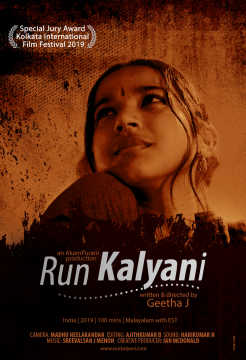 What led you to change gears and move to making a fiction feature?

I got my first script development award 10 years ago for A Certain Slant of Light (2008). It’s about three sisters from the 1971-1991 period. I went to some producers [with the script] and they were not interested in a woman filmmaker making a film about three women. This was in 2008. They said you make it three brothers and we will be interested. I became completely involved in documentaries and started writing scripts. A point came, when I said that it’s now or never. I better make a fiction film. So, I’ve always been writing and the move to fiction was not sudden.

I started as a journalist and was writing on films. I learnt filmmaking by watching films. So even in a documentary, I have a very clear idea about what is cinematic. I always wanted to experiment with form. I was interested in talking to women and how they live their lives… I was very interested in how we see our lives as a pattern that keeps going on and on everyday, and how changes take place within that.

When one thinks of working women, one thinks of a certain class of women, the ones who go to office etc. We don’t think of the lower strata where Kalyani comes from. Your film also leaves a lot of room for interpretation, and the performance is so integral to the character, where she just takes it all in and the expression is muted and more internal.

Absolutely, Garggi Ananthan is a real find. She is from the School of Drama in Thrissur. She does physical theatre as well. This performance [in the film] was the opposite of that since it was all contained. She is also very good at observing. All that I wanted from her is the sense of strength as well as a vulnerability. She is the core of the film and at the same time, she is a shadowy figure. That’s another juxtaposition.

How important was music for you in this film? It’s been used very consciously to show us Kalyani’s inner self in a way.

Music is very important for me, even though in documentary, we say that never make a film with music. You should never create a documentary film thinking about music. I tried that in this film also. I met Sreevalsan. He’s a classical Carnatic singer and only does a little bit of composing for arthouse films. The only thing I wanted was the use of the Bolero for the walks [in the film] for bringing in the imaginary, dream-like quality. He’s done a fantastic job because he understood the film. He used the phrase, ‘sorrow and strength’ and the music reflects that and has that balance. He used that as a cue in his composing and kept it minimal, because even dialogue is minimal in the film. It goes into a flourish only at the end.

From 2008, when your script was rejected by producers, till now in 2020, has the scenario changed for you?

The scenario has changed in the sense that definitely there are more women in Kerala making films. When I was making films, there was no woman making films in Kerala. Only three women had made films till then and they were living outside the state. So there was nobody from Kerala.

In 2008, I started working on documentaries. From then to now, there is definitely a change. More women are exposed to cinema, they want to make films, they are bold. And I think the way in which the new generation filmmakers deal with things is slightly different. So the possibilities have increased.

But for making a film without a star, having a certain cinematic vision that is not acceptable in the mainstream, and being a woman filmmaker making a film about women in a certain way, it is still not easy to get funds.