On Sunday, the British Council India will stream live on its Facebook page a discussion, moderated by Rafiul Alom Rahman, founder of The Queer Muslim Project, on 'Voices from the Margins: Building Resilient LGBTQIA+ Communities in India'.

The sixth edition of Five Films for Freedom, a digital festival that streams five LGBTQ-themed short films, began on the British Council Arts channel on YouTube yesterday, 27 March. Viewers from any part of the world can watch these films free till Sunday 29 March.

The five short films are After That Party by Caio Scot (Brazil), Pussy Palace by Laura Kirwan Ashman (UK), Something In The Closet by Nosa Eke (UK), When Pride Came To Town by Julia Dahr and Jullie Lunde Lillieste (Norway) and 134 by Sarah Jane Drummery (Ireland).

Click here to watch the Five Films for Freedom. 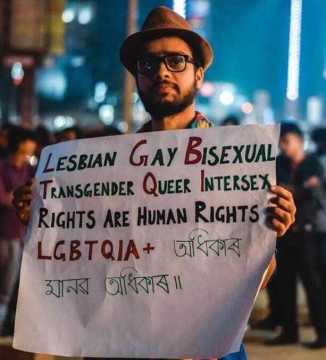 On Sunday, Rafiul Alom Rahman, founder of The Queer Muslim Project, will moderate a live discussion that will be streamed on the Facebook page of the British Council India.

With the theme 'Voices from the Margins: Building Resilient LGBTQIA+ Communities in India', the discussion will reflect on self-expression and on homophobia in rural communities in particular and Indian society at large.

The panellists are Anish Gawande, Mumbai-based writer, translator, director of the Dara Shikoh Fellowship and co-founder of The Pink List; Rachna Mudraboyina, transgender activist based in Hyderabad, director of the Human Rights Law Network (HRLN) and founder of the YouTube channel TransVision; and Maya Sharma, Baroda-based feminist, social activist who works with the Vikalp women’s group and author of the book Loving Women: Being Lesbian in Unprivileged India.

The panel will also speak about how teenagers can come out with their sexual preferences and exercise their rights in India. The live session will begin at 6pm and last an hour.

The British Council India is also hosting a week-long pan-India campaign with a curated portrait series capturing six inspiring LGBTQIA+ community leaders, influencers and youth activists from across India sharing their reviews on the Five Films for Freedom and a special 30-minute Instagram Live takeover on 28 March at 6pm with Alex Mathew, also known as Maya the Drag Queen, on queer art for self-expression and community building, and Parmesh Shahani, head of the Godrej India Culture Lab, on LGBTQ inclusion in the workplace.