Actress Renuka Shahane made her foray into direction with the Marathi film Rita (2009), which was received well both at the box office and by critics. She is now directing her first Hindi film, Tribhanga, starring Kajol, Tanvi Azmi, Mithila Palkar and Kunaal Roy Kapur among others. The film will be released directly on Netflix.

Tribhanga is produced by Siddharth P Malhotra, whose last directorial venture, Hichki (2018), starring Rani Mukerji, was a success. Tribhanga is more than just a project for him as he shares a close bond with Shahane. “I treat her as an elder sister,” he said in an exclusive chat with us.

“When she was acting in my father’s [Prem Kishan Malhotra’s] show Ghutan, I was all of 12. I used to be running around calling her ‘Didi.’ Basically Shahane wanted to make it as a Marathi film, when she met me at the premiere of Bucket List (2018),” he said.

Shahane told him that she wasn't finding a producer for this film for six years. Malhotra had just finished producing the web-series Kaafir and was looking to produce another project. So he asked her for a narration. “When she narrated it to me, I was crying and howling; I loved it so much. I told her this has to be a Hindi film. She said it’s a small Marathi film, but I said this is a Hindi film,” he said.

Malhotra also suggested Kajol’s name for the lead character. “But she asked why would Kajol work [in this film]?,” said Malhotra. “I said Kajol will work with anybody, who she believes, has a good understanding of scripts. She believes in the film. She wants to understand and like what she is doing. And I couldn’t see anybody but Kajol when I heard the script.”

As per Malhotra’s expectations, Kajol instantly came on board after listening to the narration. “Then we realized this kind of a film needs to be a Netflix film because it has a certain tonality, which is not conducive to cinematic box office. At Netflix, it will be a worldwide appreciated film; at least this is our hope,” said Malhotra.

Malhotra tells us that he still hasn’t seen Shahane’s first film Rita, but it didn’t play a role in him taking the decision of producing Tribhanga. “I totally believed in her narration, because in the narration [itself] she showed me the film,” he said.

He tells us that the film's release hasn't been planned right now, and it will be Netflix’s call. However, he is eagerly waiting for the release. “Let the film come and let it speak for everyone. I am waiting for the world to applaud Renuka Shahane. She has made a very good film and people will love it,” said Malhotra.

The film’s post-production has been delayed due to the lockdown. It will resume as soon as life returns to normal. 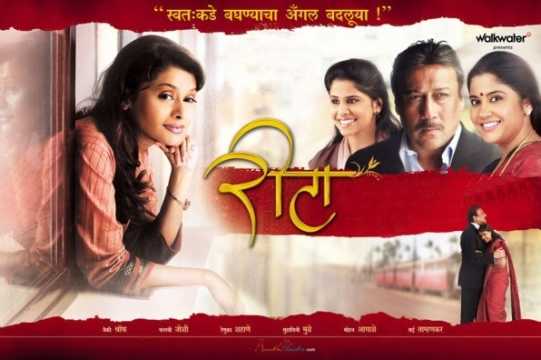 Like all of us, Malhotra is also currently locked at home because of the lockdown. He says he is using this time to write more stories and is using Google Hangout and Zoom calls to talk to his writers.

On how the lockdown has affected him personally, Malhotra said, “People will kill me for this, but I am really enjoying this time. It has been productive for me in many ways. Plus, my mom and dad are at home with me. Also this is mother nature’s way of telling us that we have abused her enough. It’s her way of saying I can exist without you, but you can’t exist without me.”

Last Sunday, prime minister Narendra Modi's Janta Curfew, which saw a large number of people from all over India, taking to the streets to celebrate, has pissed off Malhotra, like many of us.

“That was complete foolishness,” he said. “The idea was to applaud from your window and not to come on the roads. The cases are rising. They are not falling. Please stay indoors. Please understand what [Maharashtra chief minister] Uddhav Thackeray and our prime minister iare saying. It’s not for their happiness. It’s for our survival. They don’t have any ulterior motives. If we take this virus lightly, it is going to come and kill all of us.”