The filmmaker has been chosen for his project Marichjhapi, based on an incident that took place on the island in Sunderban, 40 years ago.

Filmmaker Bauddhayan Mukherji is among the 16 international directors chosen for Cinefondation’s prestigious L’Atelier programme at the Cannes Film Festival this year. The festival will take place from 12-23 May, while the programme will be held from 14-21 May.

Every year, the programme brings together 16 directors and allows them to present their projects to producers, financers and distributers from across the globe, thereby providing access to international funding for them.

“It’s still sinking in,” said the overwhelmed director, also known for his successful work in ad filmmaking, “It obviously feels nice that a project, which is so close to my heart, is also warming other hearts. It is a kind of validation that tells me I am on the right track," he said.

Mukherji is very hopeful that the programme will open many more opportunities in the international market for his film. It also creates a space for collaboration with like-minded people.

Mukherji thinks that the subject of Marichjhapi is relevant today, even 40 years after the incident. “Though this is a Bengali film, I am not looking at it as solely a Bengali film. It is world cinema, as my audience is the people around the world. This programme helps a local film turn into an international product. I think it will particularly help me to have a manifold audience and I am eagerly looking forward to it,” he added. 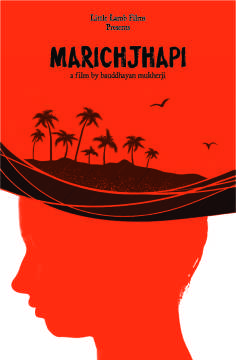 Mukherji’s Marichjhapi is the second Bengali film to have been chosen for the programme, since Aditya Bikram Sengupta’s Memories and My Mother made it to the market of international co-producers in 2016. “I think we should pick more local subjects for the global audience. This validation basically suggests that local Bengali subjects can also turn into sought-after projects in the international market for a global audience. If after this, other Bengali filmmakers follow suit, then why not," he exclaimed.

Marichjhapi’s shoot is slated to begin in January 2021, as it is set during winter in the Sunderbans. However, the director is also apprehensive because of the massive outbreak of coronavirus around the world, especially in Italy, where hundreds of patients have died due to the deadly disease. Mukherji is tense as he fears there is a possibility of the Cannes Film Festival being cancelled, which would delay his shooting schedule further.