The former film critic and founder of the Third Eye Asian Film Festival, speaks about the challenges faced in organising films festivals without government funding.

Former film critic Sudhir Nandgaonkar's journey goes beyond journalism. He is credited with founding quite a few film festivals in India, including the Third Eye Asian Film Festival and the Mumbai Academy of Moving Images (MAMI) festival. He is also one of the key figures behind the film society movement in the country.

Nandgaonkar spoke exclusively with Cinestaan.com during the just-concluded 18th edition of the Third Eye Asian Film Festival in Mumbai. He spoke about the festival, the challenges faced by organisers, as well as his views on whether film festivals are affected by OTT platforms.

Why did you feel the need to start a film festival for Asian films?

How are you marketing the festival?

Since last 10 years, Mumbai’s newspapers have stopped carrying news about this festival. So now we do digital marketing. 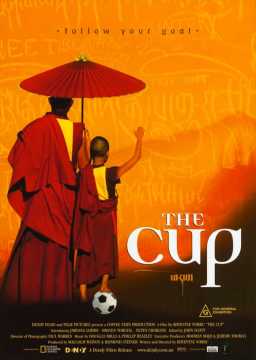 How is the Asian Film Festival faring as compared to other festivals in India?

The government of India pays Rs15 crore to Goa [IFFI] festival. Out of this, Rs1 crore is given for prizes. Of course, we don’t have such a budget. We are very small in front of them. But we can only invest Rs15-20 lakh. So we can’t invite directors. And we can’t show films through rent.

I remember more than 10 years ago, the Asian Film Festival screenings used to happen at three venues. Why is it now reduced to one?

We don’t have that much of money [now]. Also we prefer holding the festival in one venue as people are still not enthusiastic about Asian films. Nowadays, people prefer watching movies near their house. Hence, they don’t come here. And the traffic problem in Mumbai is another issue. Plus, more than three thousand people die in rail accidents every year. But from next year onwards, we are trying to get a venue in Thane. Let’s see.

Do you think the rise in OTT platforms has posed a challenge to film festivals?

No. That is a challenge for commercial cinema. Not for festival cinema, because commercial cinema is local while OTT shows world cinema. People are not going to theatres because of this. These days do you read about any movie running for 25 weeks? Fifty percent of the audience is lost because of television and OTT. These days you will also find youngsters, who have never seen a movie in a theatre.

You also started MAMI festival which is gaining popularity. How did that happen?

A year ago in 1995, Kolkata held its first festival, which was not funded by the government. I felt every new innovation in cinema comes to Mumbai, so why is there no such festival in Mumbai? So I started it with the people of the film industry. People like Ramesh Sippy, Manmohan Shetty and Yash Chopra were its trustees. It was also the first festival where we charged the delegates, whereas all government festivals till 1997 were free, including IFFI.

In the first year, we charged Rs25. We felt it’s low, so we increased it to Rs100. And then it went onto Rs500. It was logical to increase the fees only when people developed a habit of watching films at festivals. After 10 years, I and other trustees quit and the festival was taken over by Ambani.

Why did you quit?

The question was, who will bring money? Someone told Manmohan Shetty that if you go to Anil Ambani, he will finance you. But Ambani said we rather prefer running the festival all by ourselves instead of financing you. So all trustees resigned. and they appointed new trustees.

Why did you feel the need to start a film society movement in the 1960s?

In the 1960s, Marathi theatre was going strong. Plus, Yashwantrao Chavan abolished tax on plays. This gave a boost to theatre. Plays like To Mee Navhe, Natsamrat, Prema Tuza Rang Kasa did supremely well. Marathi audiences was lured more towards theatre instead of movies. That’s why the film society movement started very late in Maharashtra, in 1964-65 when theatre was going strong.

Theatre is a traditional art while cinema is modern art. Theatre is a medium of words but cinema isn’t. So to ensure that the Marathi audience doesn’t keep away from cinema, we started Prabhat. There were 10-12 film societies then. But generally in such societies, most of the members who enrol are of the same region as the secretary. He has his contacts, so that happens. None of the secretaries were Marathi. So we started Prabhat and named it so.

What challenges did you face then?

The biggest challenge was to explain what a film society is, as the Marathi audience wasn’t aware of it. They used to ask if we show Raj Kapoor’s films. We used to say we don’t show films which you can easily see in theatres. We show international films, which you won’t be able to see in theatres. There were no DVDs or OTT back then.

Our federation negotiates with the embassies to bring those films. It’s still the same. The good thing right now is that we have cultural pact with them. They bring films because that is a good way of promoting their country. It is a rule by the government of India for them to provide the films first to film societies. They give it for free.

It is generally believed that people from film societies are against commercial, mainstream cinema.

The problem is that it’s formula bound. That’s not cinema. Cinema should be like a novel or literature. Anybody should be able to write. And it should be nearer to life. This cinema is larger than life. We are not against commercial cinema. We are just saying that it needs to be improved. To do this, we have film societies and film festivals. Even I watch commercial cinema. I liked Sholay. It’s just that they oppose such cinema because it is formula-ridden. That’s all. Nothing against it.

What do you think of the current state of Marathi cinema?

Marathi cinema has improved for many reasons. A film like Anandi Gopal wouldn’t have been made 20 years ago. This is because of the awareness brought by the festivals and film society. Earlier, we had a formula like Hindi films, of having eight songs. But because of the film society, it has changed.

You did your MA in English literature. So how did you venture towards becoming a film critic?

Films was my hobby. Although I did MA in literature, I slowly turned towards cinema. We started Prabhat Chitra Mandal, which has now completed 52 years. Later, I felt I should handover the responsibility to a young person, so I did that. I have shifted towards festivals.