Directed by Bharat Sunanda, the show will mainly revolve around how the encounter specialist brought down one of the most dreaded underworld dons in the city.

The Mumbai underworld has been one of Hindi cinema's favourite subjects over the decades. So it comes as little surprise that the subject has slowly started generating interest among the makers of web shows as well. After Ek Thi Begum, it is now the turn of director Bharat Shripat Sunanda’s Bombay Day to explore the theme.

The use of the name ‘Bombay’ instead of ‘Mumbai’ in the title is a clear indication that the story is set in the pre-1995 period, before the city's name was changed. According to the makers, the series is inspired by true events revolving around the police encounter of a dreaded underworld don. It explores the life and exploits of encounter specialist Vijay Salaskar, who achieved martyrdom during the 26/11 Mumbai terror attack.

Sharing a few details about the story, an official statement from the makers said, “It revolves around the life of Mumbai's biggest criminal and how he was knocked down by [the] famous encounter specialist Vijay Salaskar. By that time, he had already encountered many big names from Mumbai’s underworld, but this encounter became the biggest encounter of Mumbai.”

The statement said that Bombay Day will also explore questions like, who helped Salaskar in the encounter and whether there was any political angle to it or not.

The mahurat of Bombay Day took place recently at ND Film Studio, owned by celebrated production designer Nitin Chandrakant Desai, who also graced the occasion as chief guest. The cast of the series is yet to be announced but the shoot will commence once approval from the state government is received.

Bombay Day will be releasing on an OTT platfom in November. 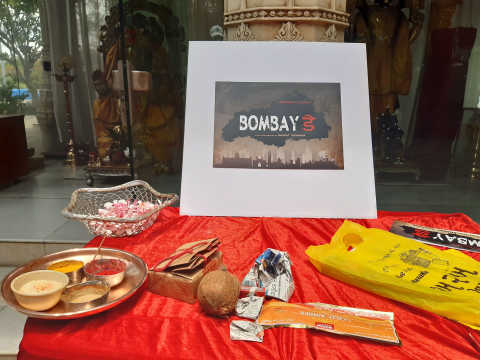