Following the death of Sushant Singh Rajput, star kids and those with filmi connections have been targeted by trolls on social media for getting work in films due to their background.

Sonakshi Sinha, Saqib Saleem, Aayush Sharma and Zaheer Iqbal have quit Twitter after a section of netizens started attacking them for being star kids or actors with access to the film industry through someone.

It all started with the death of actor Sushant Singh Rajput by suicide. Soon after the incident, innumerable posts started making rounds on social media alleging that the big names of the industry only favoured star kids.

A section of the people on social media started believing that lack of big projects was the reason behind Rajput ending his life, although there wasn’t any suicide note or indication about the same. Hence, the star kids had to bear the brunt of numerous trollers, who insulted and abused them for allegedly getting offers because of their filmi connections.

On Saturday 20 June, Sinha announced her exit from Twitter in an Instagram post. She wrote, “The first step to protecting your sanity is to stay away from negativity. And nowhere more of that than Twitter these days. Chalo I'm off-- deactivating my account. Bye guys, peace out. Aag lage basti mein... mein apni masti mein! Bye Twitter.”

Saqib, brother of actress Huma Qureshi, wrote a long post on Twitter about his decision to quit the platform. A part of it reads, “I am Breaking Up with you Twitter. Hey Twitter, when we met for the first time, you were a lovely. A great platform to express feelings, gather knowledge and understand many different points of view. But, of late you seem to have gotten lost in all the hate everyone is so ready to throw at each other, a place of bullies, a place where abusing people is a normal code of conduct.” 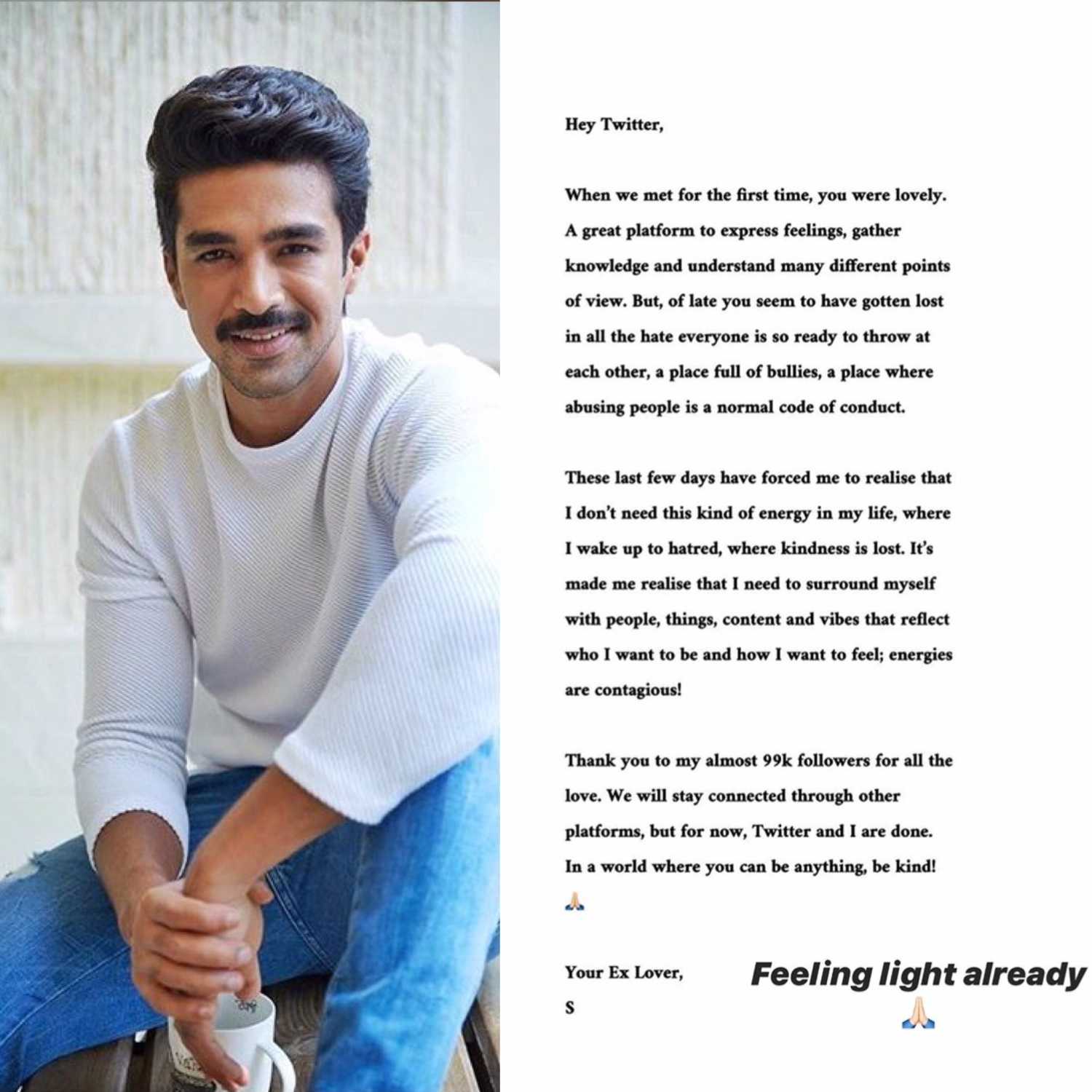 Sharma broke the news of quitting Twitter through a message on Instagram which said, “280 characters are less to define a human being. But 280 characters are more than enough to spread fake news, hatred and negativity. Didn’t sign up for this nasty herd mentality. Khuda hafiz.” Sharma is the brother-in-law of Salman Khan. He was launched last year by Salman Khan Films in Love Yatri (2019)

Zaheer, who made his debut last year with Notebook (2019), simply wrote, “Goodbye Twitter,” before saying goodbye to Twitter. His father Iqbal Ratnasi is a childhood friend of Khan, who launched him in his debut film. Notebook, which was also the first film of Nutan’s granddaughter and Mohnish Bahl’s daughter, Pranutan Bahl.

Menwhile, Sonam Kapoor has also been facing flak for being privileged to be born in a film family. Although she didn’t quit Twitter, she posted some abusive and hateful comments that she has received on social media.

This is some of comments coming my way. All the media and all the people who’ve encouraged this sort of behaviour and instigated it. This is on you. People talking about how one should have been kind to someone are doing worse to others. pic.twitter.com/6rH4LSBOxp