Directed by Sudipta Majumdar, the film features Sahil Phull and Raju Majumdar as Rishab and his ex-driver Bashir, respectively.

Tvwala Media’s recent short film Mirror, directed by Sudipta Majumdar, projects the reality of the economic downfall amidst the lockdown and its effects on different classes of people, with a rather personalised story. Featuring Sahil Phull and Raju Majumdar, Mirror explores the crisis in a psychological manner.

The short film documents the regular routine of Rishab (Phull), who evidently belongs to the privileged class of society. He is quite updated on the latest social media trends and his life pretty much revolves around keeping up with them. He gets into online yoga training sessions, sings for people without bothering to prepare for it, and also poses as a social media influencer.

Rishab’s desperation to keep up with the virtual life also reflects the superficiality of it. It shows how people have forgotten to live for themselves, and are instead, consantly putting up a show.

One evening, he gets drunk and again indulges in an apparently creative challenge on social media. In a stupor, he comes across a message on his phone that he ignores. However, in the morning, he discovers that the message was from his former driver Bashir (Raju Majumdar), who died by suicide as he was unable to survive in the extreme poverty brought about by his unemployment. 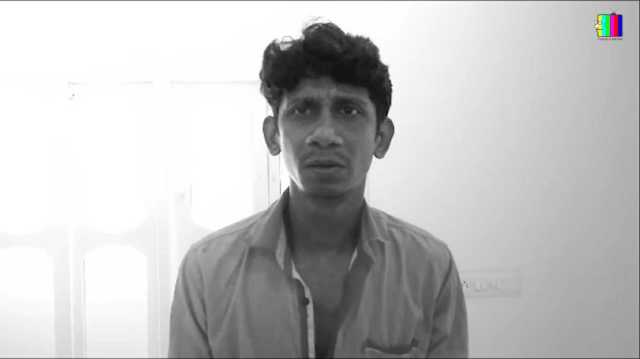 We know that dreams often reflect the workings of our subconscious mind. Majumdar has cleverly analysed the mindset of people, coming from Rishab’s background and their reaction to the acute crisis faced by people like Bashir in the film, through a dream sequence.

In Rishab's dream, Bashir claims that he did not committ a theft, the reason why he was sacked from his job as a driver. Bashir begs for his due payment but Rishab, instead of extending support, starts bombarding him with information on the downfall of the economy and the technicalities involved in it. A flabbergasted Bashir responds saying that he doesn’t understand whatever he is saying.

Rishab’s attitude towards Bashir easily relates to the superficial life he leads. For someone who lives for a virtual lifestyle and feeds on information rather getting in touch with problems at the grassroot level, the plight of people like Bashir doesn’t seem to matter until they take an extreme step.

The film has also been shot quite convincingly in a monochromatic tone. The last shot of Rishab facing himself in the mirror, shows that Bahir's suicide has burst his existential bubble.

Phull is convincing in his portraying a character that represents a collective of aloof individuals. Majumdar too depicts anxiety well and his eyes convey the horrors of hunger.