Motilal, who died on 17 June 1965, is often remembered as a pioneer of the natural style of acting in Indian cinema.

Baburao Patel, the acerbic editor of FilmIndia, had once written of the actor Motilal, "If you are lucky enough to get a chance to work with Motilal, you won't be far off from stardom."

Hailing from Shimla, Motilal Rajvansh had initially thought to join the navy but fell ill and missed the test. However, a chance encounter with director KP Ghosh at Sagar Studios landed him the lead role in Shaher Ka Jadoo (1934). Playing a drunken rich boy, the 24-year-old quickly racked on more film roles, becoming a star. “He was the first to put in place the flamboyant, happy-go-lucky, unpretentious and glamourized image of the Hindi film hero cast in the Hollywood mould of that era,” says Ashok Raj’s book Hero Vol 1.

Motilal is credited with a more natural style of acting during the 1940s and 1950s and later actors who followed him, like Dilip Kumar and Amitabh Bachchan, looked up to him. From a double role in Lagna Bandhan (1936) to playing a Chaplinesque character in Mastana (1954), Motilal had several memorable turns, and towards the end of his career had also taken to screenwriting with Hamari Beti (1950) and penned and directed Chhoti Chhoti Baten (1965), which won a National award after his untimely death before the release.

On Motilal's 55th death anniversary, we take a look at a few of his prominent performances which are still recalled today. 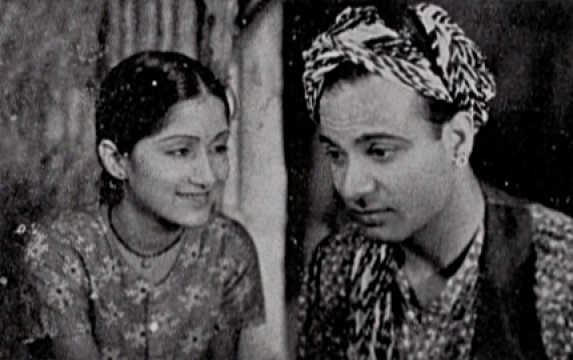 In a previous film, Sach Hai (1939), Motilal played the son of a Brahmin priest who falls in love with a 'lower caste' girl. In Chandulal Shah’s Achhut, he and lead actress Gohar played youngsters from the lower castes seeking equality as they confront the upper castes. The movie was part of Mahatma Gandhi’s anti-untouchability campaign and Motilal’s performance was commended. "Motilal as Ramu is a perfect casting which Motilal with his wonderful restraint of emotions almost lives through," the FilmIndia review stated. Both in Sach Hai and Achhut, he aimed to show his character’s humanity. 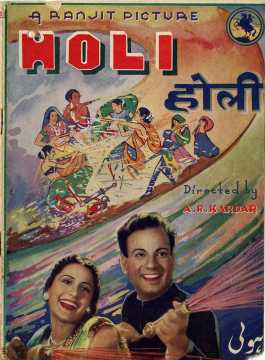 Another of Motilal’s hits was AR Kardar’s Holi (1940), in which he played a villain-turned-hero. Motilal played a rich man's son, Chand, who thinks nothing of destroying the life of Sunder (Ishwarlal) and sending him to jail for a theft he did not commit. Moreover, he goes on to abduct Sunder's sister Kokila, played by Khursheed. But while Sunder is serving his time, Chand and Kokila fall in love, and he turns over a leaf for her. The film sets up a great clash between Chand and Sunder. Not all were in agreement about his effortless performance as FilmIndia’s Patel felt Motilal's talents were wasted in the film.

While Roop Shorey’s Ek Thi Larki (1949) was a star vehicle for his wife Meena, Motilal, too, was remembered for his comic performance in the screwball romantic comedy. The film, which was shot in Kashmir, also featured actors Johar (in his debut) and Majnu. Meena played Motilal’s unqualified secretary and over the course of the feature the pair clash and eventually fall in love and marry. The film, and its music by Vinod (aka Eric Roberts), was a hit with audiences.

RK Narayan's novel Mr Sampath: The Printer of Malgudi was turned into a captivating satire by SS Vasan. Starring Motilal and Padmini in the Hindi version, the film featured the actor as a con man ready to make a quick buck and looking out only for himself. The role of the wily Mr Sampat stood out in Motilal's illustrious filmography. According to Motilal, he played the character "not as an extraordinary person, but precisely as an ordinary person" and that's what resonated through.

If Dilip Kumar’s turn as Devdas in the remake directed by Bimal Roy was widely regarded, so was Motilal’s portrayal of Devdas’s fast and loyal friend, Chunni Babu, who wallows with the title character in their shared vices. By this time, Motilal had fully transitioned into a character actor, instead of the leading parts he played at the beginning of his career. He and Dilip Kumar would square off again in Paigham (1959), but here in Roy’s version of Saratchandra Chattopadhyay's tale, both thespians left an indelible mark with their portrayals. 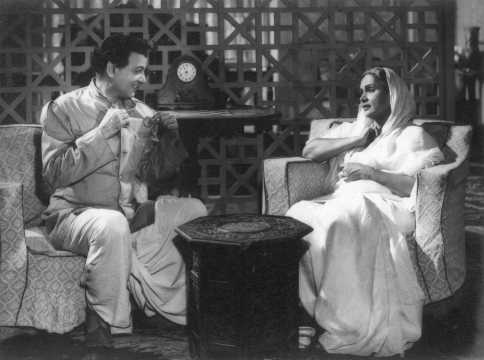 Motilal won the Best Supporting Actor for his seamless performance in Bimal Roy’s film about a simple postman who turns a village upside down by introducing a cheque for Rs5 lakh from a mysterious JC Roy for the “most honest person”. While all the villagers claim to be worthy of the unexpected honour, Roy focuses on a few worthy nominees, from the local schoolteacher (Basanta Choudhari) to the village doctor (Rashid Khan). As the secretly wealthy benefactor, “Motilal carries the film on his shoulders”, according to a feature in the newspaper The Hindu.