5 things you may not know about Nanabhai Bhatt: Birth anniversary special


The patriarch of the Bhatt family started out as an assistant and worked his way up to launch his own banner in 1946. Here are some lesser known facts about the pioneering filmmaker.

Nanabhai Bhatt, born in Porbandar in Gujarat's Saurashtra region on 12 June 1915, arrived in Bombay in the 1930s like many others hoping to make a name for himself. The filmmaker, who would go on to have a career lasting around 30 years, wrote and directed a host of films from dramas, action films and fantasies to mythological movies which were popular at the time.

While his family, sons Mahesh and Mukesh and granddaughters Pooja and Alia, have carried the name forward, we look back at the career of the Bhatt patriarch. 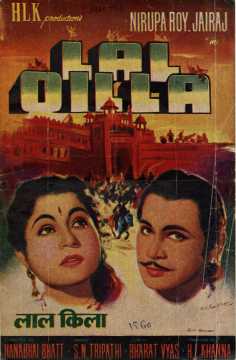 1. Nanabhai’s real name was Yeshwant and he followed his older brother Balwant to the film industry. Balwant was a sound recordist at Vijay Bhatt’s Prakash Pictures, and Nanabhai became his assistant. Nanabhai also means younger brother in Gujarati. Balwant also directed a few films for the studio. 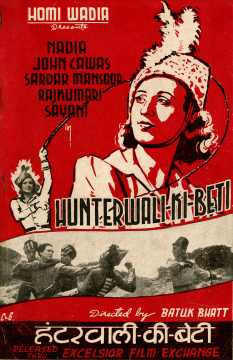 2. Nanabhai also began writing stories and scripts under the name Batuk Bhatt at Homi Wadia's Basant Pictures. He later formed his own banner Deepak Pictures in 1946 where he produced mythological films and fantasies based on the Arabian Nights featuring special effects. He also directed several features under that name.

3. His first film Muqabla (1942) was co-directed with the special effects wizard Babubhai Mistri. The feature starring Fearless Nadia, Yakub and Agha, was one with a plot which would be repeated often in Indian cinema. Nadia played separated twin sisters Rani and Madhuri. The star actress was most certainly no damsel in distress and took matters in her own hands to address problems. Baby Madhuri, who played the child version of Nadia, was Meena Kumari’s younger sister.

5. Nanabhai’s son Mahesh, who followed him into filmmaking, often used incidents from his own life in his films. In his award-winning film Zakhm (1998), Mahesh based the relationship between the characters of Nagarjuna and Pooja Bhatt loosely on his own parents. Mahesh’s mother Shireen was an actress who met Nanabhai and became his second wife. Mahesh’s daughter Pooja played her own grandmother.