Swwapnil Joshi on 10 years of Mumbai-Pune-Mumbai: It’s a mighty special film for me


As the film completes a decade, the actor looks back at the critically and commercially successful film, shares the unusual experience of shooting for it and explains how the film cemented his place in Marathi cinema.

The release of Shwaas (2004) is considered the marker for the commencement of new-age Marathi cinema. From here on, we saw a number of new and experimental subjects being tried in films made in this language. However, the wait for a genuine love story kept getting longer.

The void was finally filled with Satish Rajwade’s Mumbai-Pune-Mumbai (2010). It wasn’t a run-of-the-mill love story. For a change, it had only two main characters, played by Swwapnil Joshi and Mukta Barve.

The film is about a young woman from Mumbai, Gauri, going to Pune to meet a young man and see if he can be her prospective groom. But she is unable to meet him owing to circumstances and ends up meeting Joshi’s character Gautam, who gives her a tour of his city, Pune.

Both characters are very proud of the cities they belong to. This brings about a sweet rivalry where they constantly try to prove their city to be better. This also leads to an unusual bond developing between Gauri and Gautam, though they don't even know each other's names. 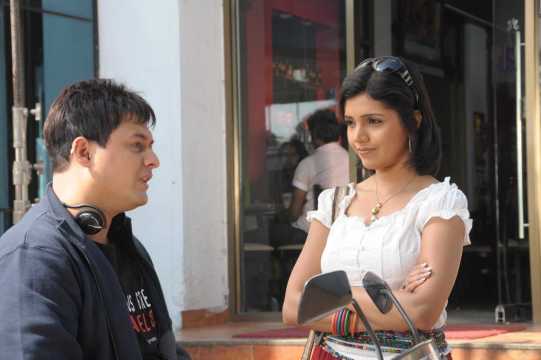 As Mumbai-Pune-Mumbai completes 10 years today (the film was released on 11 June 2010), we got talking to Swwapnil Joshi about the film. His first reaction was, “I don’t believe it’s completed 10 years! It feels like yesterday.”

The actor looked back at the critically and commercially successful film, shared the then unusual (for him) experience of shooting at outdoor locations, and spoke of how the film cemented his place in Marathi cinema. Excerpts:

How special has Mumbai-Pune-Mumbai been in your career?

It is a mighty special film for a lot of reasons. I was predominantly doing Hindi television when the film happened. I was not much into Marathi cinema. I had never worked with Satish and Mukta before. It was a new getting together of talent. Today the USP of the film is that it had only two characters. But it was our biggest challenge at that time.

Plus, love stories had almost never worked in Marathi cinema. We saw that the main movie was either a family film or a comedy with a love angle. But though we shot a love story, every known good parameter of a love story was absent in our film. Generally, there are seven or eight songs in a love story, but we had only one. There are characters, conflict and drama. But our film had only two characters. Love stories see change of clothes and dream sequences. But in our film the hero and heroine are in the same clothes throughout. On top of that the hero is in half-pants. 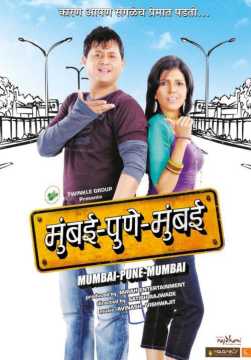 Technically, the film is about two people meeting and talking through the day. There is not much happening by way of events. And it is not a travelogue in some scenic location in the Himalayas. The locations are also characters in the film like Tulsi Baug and Saras Baug. We shot the film on a shoestring budget. The film didn’t go through DI [digital intermediate, a finishing process that involves digitizing a movie and improving the images] because we didn’t have the money for that.

What was your reaction when the idea was narrated to you?

I knew Satish and Mukta but I wasn’t friends with them then. The mahurat for Satish’s Gaiir (2009) was happening just where I was shooting. I and Anki [Ankush Chaudhari] are friends as we had done Checkmate (2008) together. I attended the mahurat and wished everybody, including Satish. He told me he would connect with me in a few months as he had something in mind. I thought it was just a passing thought that every creative person says to every other creative person when they meet. I did not read much into that.

But a few months later I actually got a text from Satish saying he would like to narrate something. We heard the story for the first time at his place. Mukta was also there. It was a dialogue script written by Parag Kulkarni. When we heard it, there was no chance of saying no. We were blown out of our minds! Satish later said that if I and Mukta hadn’t agreed, he wouldn’t have made the film. The credit goes to him to have that kind of faith in his artistes. 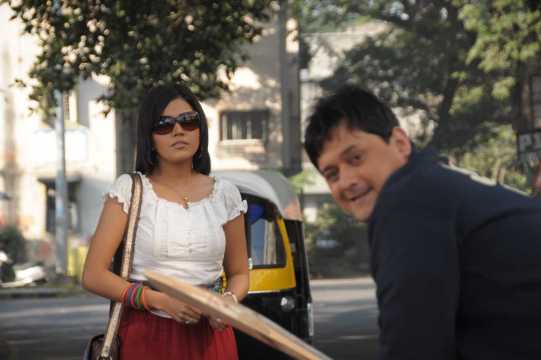 Today your pairing with Mukta Barve is considered the best in Marathi cinema. But that was your first film together. How was it working with her?

I felt splendid. I and Mukta just hit it off from day one. Interestingly, Satish and the producers went out of their way and shot the film linearly. It’s expensive production-wise. If you are shooting at one location in the beginning, during the interval and later at the end, the production-friendly way is to shoot those three scenes togeother. But Satish did this because when both of us meet we are unknown to each other and when we part ways we are in love. He wanted that gradation with each other. He felt that if we shoot the film linearly, that gradation will be seen.

My friendship with Mukta grew with the film. On the first day we were actually shooting the scene when we first meet. Whatever awkwardness was there helped the film. When we shot the climax, our friendship had also grown. I have said this many times that Mukta is one of the finest actresses we have. She ups your game as an actor. It was a splendid time to work with her.

How challenging was it for you personally to shoot on locations?

It was extremely challenging. Luckily at that time there was not a lot of social media and camera phones. For the first film we shot at Saras Baug, people came to know. They took autographs and it was all right. When we shot for Mumbai-Pune-Mumbai 3 in Saras Baug, we had taken all the permissions, there was police and all protocols were followed. In spite of that at one point Satish was really scared because there were almost 5,000 people there. They had just gathered impromptu because all it takes is for someone to put out a status about the shoot.

We shot, but it was scary. Satish and I didn’t know that in spite of the police presence, how were we going to get out of Saras Baug? It wasn’t that fans were troubling us in any way. But the sheer size of the crowd coming could have been difficult to control.

The film was shot with minimum lights on live locations. So we had to shoot according to the timing of the sun. We needed some mammoth pre-production for the film. And on most locations, the director was never around the artistes. He can’t explain the shot on a live location. He used to explain it in the car, then we used to rehearse, and after that shoot. Then we used to see it at night to know how it had turned out.

On top of that, he had taken up the challenge of showing me as a Pune boy and Mukta as a Mumbai girl, whereas it is the opposite in real life.

The film showed the friendly rivalry between Mumbaikars and Punekars where people of one try to prove their city superior to the other. But in the film, as you said, the tables were turned — you were playing a Punekar and Mukta Barve was playing a Mumbaikar.

We helped each other. We actually used to exchange notes every day. Like Mukta used to correct me on how there should be an impact when a Punekar speaks about Saras Baug with pride. Similarly, I used to tell her that there should be pride in your eyes while speaking about Juhu beach. It helped our performances. We used to go to Satish after being prepared at a level.

Today Mumbai-Pune-Mumbai has a cult following. But what were your expectations when shooting for it?

When did Satish Rajwade think the film could be turned into a franchise?

So is there a part four in the offing?

I think that question is something only three people can answer. Sanjay Chhabria of Everest Entertainment, Amit Bhanushali of 52 Fridays and Satish Rajwade, the maker.