Every day of shooting was a challenge, says Tansener Tanpura director Soumik Chatterjee


The first season of the Hoichoi original series, featuring Vikram Chatterjee, Rupsa Chatterjee and Jayati Bhatia among others, has been appreciated for its songs and unique concept.

The Hoichoi original series Tansener Tanpura (2020), is a first of its kind musical mystery drama, featuring Vikram Chatterjee, Rupsa Chatterjee, Jayati Bhatia, Rajat Ganguly, Subhasish Mukherjee and Bhaskar Banerjee among a host of other actors. Written by Sougata Basu, the series has been directed by Soumik Chatterjee.

The first season was released on 26 June. According to the director, the second season should begin streaming sometime in November.

Tansener Tanpura has been mounted on a grand scale with its content often going back to the era of kings and nawabs, who patronised Hindustani classical music. While speaking to Cinestaan.com, Chatterjee confesses that it was not an easy task to complete the shooting within budget and do justice to the heavy musical score of the series.

Tell us why you took up such a unique concept?

I have worked with Sougata before as well. He has a vast knowledge of Hindustani classical music. When I first read the script, I thought it would be quite difficult to generate interest through its cinematic adaptation. There are many songs in the beginning of the series, which can easily distract the audience. Sahana Dutta from Hoichoi edited the script very well and I edited some portions too. Sougata too, was present while shooting the film and we did several improvisations on the sets. We inserted some comical sequences as well.

I wanted to have an intense plot because it is very difficult to work on a different kind of project within the available budget in Kolkata. Though we were fortunate to have a higher budget for this series, we had to adjust with the time constraints. And as we were shooting during winter, we had to keep in mind the unavailability of daylight.

We also had to take a decision on whether we were going to shoot the series in a glamorous format or keep a realistic approach. I had discussions with our cinematographer Prosenjit Chowdhury, a fantastic chap! He advised me to use the Red Gemini Ranger - a small low light camera for the series. It was quite helpful for us as we had to shoot quickly in a very short span of time.

We also faced difficulties in adjusting the dates of the eminent theatre actors, who had regular shows on weekdays. However, we maintained the quality and I believe, the series looked different too. We faced challenges almost every day of shooting.

The most satisfactory part was to get Joy Sarkar and Srijato on board for the music. They worked extremely hard for the songs in the given time. 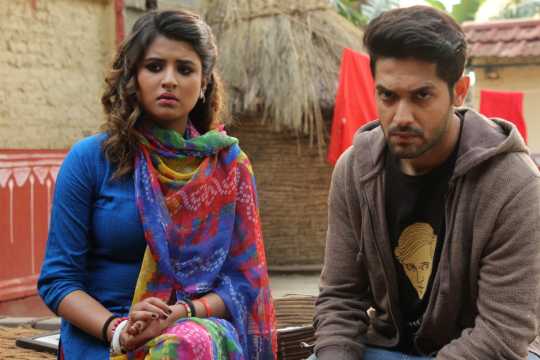 The mystery drama doesn’t end in season one. Was it planned from the beginning to have two seasons?

No, initially we had planned for a single season only. The length of the series increased due to some last-minute changes. We could have edited the screenplay but we could not afford to discard the background stories of so many characters. At the same time, due to the lockdown, we had to finish the editing and the dubbing of the first season in a hurry.

Season 2 has a lot of work of graphics in the climax, which is going to take a lot of time. It will also time to complete the dubbing and editing in the middle of the pandemic. It is more of a break in the narrative, rather than a separate season.

How did you decide on the cast?

Initially, we had different ideas which did not mature. Then we thought of Vikram, who was doing a television series then. We could get him on board as he had finished shooting. I have worked with Rupsa before and she is a fantastic actress. But  our real challenge was to fix dates with Sujan Mukhopadhyay, Subhasish Mukherjee, Debesh Roy Chowdhury, Rajat Ganguly. and Deb Shankar Halder, who are extremely busy.

However, I was quite surprised with the calibre of the comparatively newer actors. Anuradha Mukherjee, Satyam Bhattacharya, Suhotro Mukhopadhya and Angana Roy did splendid work. I am extremely happy to see that we still generate such good actors. 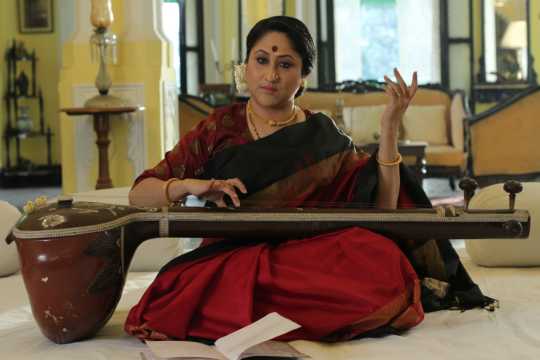 What kind of feedback are you receiving?

We had a huge script and honestly, we used to make fun that nobody is going to be interested in such a large-scale story. Also, it is loaded with information and songs. Unlike conventional thrillers, it deals with the mystery on a psychological level. However, we received an overwhelming response. People have started talking about the series, about the content as well as the songs. It’s wonderful to receive such feedback despite knowing that there are flaws which we couldn’t manage due to various limitations.

I believe, the series has appealed to the audience because of its novel concept. Bengalis generally love mysteries, and in this case, it has been coupled with humour and information. People have liked the way we incorporated the narratives of different artistes, who have contribution to Indian classical music through a mystery plot.

We were also quite sceptical that the abundance of information in the series would only appeal to intellectuals.To our surprise, the series has been accepted by a rather wide circle of audience. It gives me more motivation to opt for experimental content.