The film is directed by Aditya Sarpotdar, whose last project was the Hindi web-series The Raikar Case, which released earlier this year.

Marathi film Zombivali (2021) from the Yoodlee Films banner, went on floors yesterday in Latur, Maharashtra after the mahurat ceremony. Directed by Aditya Sarpotdar, the film has a fresh cast comprising of Amey Wagh, Lalit Prabhakar and Vaidehi Parshurami.

The first poster of the film shows Prabhakar and Wagh's characters in silhouette, facing an army of zombies, with a fire raging in the background. The duo is flanked by water tankers on both sides, which have ‘Dombivali’ written across them. In an official note, the makers had shared that the film's story takes place in Dombivali. 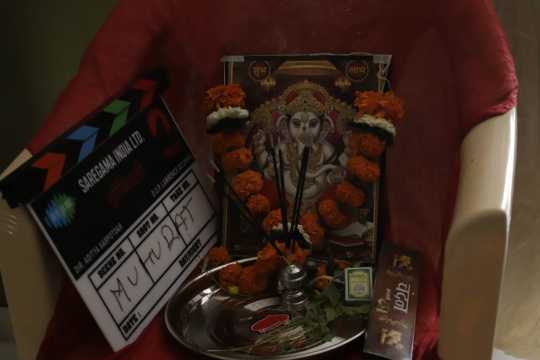 “The audience will get to see a horror comedy in Marathi after a long time. So far we have seen zombie films in Hollywood and Hindi cinema. But this is the first time that the genre is being tried in Marathi. The title of the film is interesting. As there is a connection between zombies and Dombivali in the film, it is titled Zombivali. The producers are making this film with the young audience in mind,” said the makers in a statement.

Sarpotdar’s last project was the Hindi web-series The Raikar Case (2020), which released earlier this year. The show also starred Prabhakar.

Zombivali is expected to be released next year.