Screenwriter Manish Gupta recalls how the various characters in the Amitabh Bachchan-starrer were modelled on the late Shiv Sena founder and those around him.

Hindi cinema has seen several powerful characters, both positive and negative, over the years. Yet, Sarkar (2005) stands out as the protagonist is neither an elected leader nor a wealthy businessman nor a police officer or a mob boss. He is, simply, Sarkar.

The situations, characters and dialogues in the film were written by Manish Gupta, who was making his debut in Hindi cinema. Sarkar (2005) became a dream start for him. “The film is a high point in my career," Gupta told Cinestaan.com. "To see someone like Amitabh Bachchan utter the lines you have written is a very big thing.”

That the film was inspired by the persona of Shiv Sena founder Bal Thackeray is no secret. This was always Varma’s aim, Gupta said. “He told me he wants to make a film with Amitabh Bachchan which will be on the lines of Balasaheb Thackeray but it should be fictitious,” he recalled. “He said we will show a person who has the personality of Balasaheb Thackeray. He is not a politician but still someone who rules the state like a power broker. He is above the law. He is fearless. He does as he pleases, irrespective of how others feel about it. This also means that at times he has to use force to get his way.”

Sarkar is the story of Subhash Nagre aka Sarkar (Bachchan). He has two sons, Vishnu (Kay Kay Menon) and Shankar (Abhishek Bachchan). The former is against him.

Problems begin for Sarkar when he rejects a deal with gangster Rashid (Zakir Hussain), making a dangerous enemy. Things become murkier when some of Sarkar's own friends also turn against him. It is now up to Shankar to protect the family and safeguard its interests. 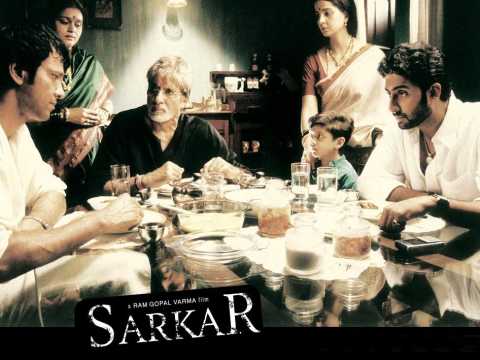 Varma asked Gupta to study the Thackeray family history. “All my films are heavy on research," the writer said. "Coincidentally, I know Smita Thackeray [one of the Thackeray daughters-in-law] and [her son] Rahul Thackeray personally. I interacted with them too [for the film].”

Gupta created the character of Vishnu by combining elements of the personas of Thackeray’s older sons Bindumadhav, who died in a road accident in 1996, and Jaidev, Smita's estranged husband.

He did another interesting amalgamation of two characters to create Shankar. “His character is a mix of Raj [Thackeray’s nephew] and Uddhav [Thackeray’s youngest son, now chief minister of Maharashtra]. Raj’s personality is heavier in it. Though he is a nephew, I have shown him as a son. In his younger days Raj had a lot of josh [spirit] and aggression,” he said.

Moving on to other characters, Gupta said the character of Rukhsar was based on Smita Thackeray. That much was obvious, he felt. “There are other characters based on some real politicians whose names I can’t take," he said. "Some of them were friends of Balasaheb while others were friends-turned-foes.”

One memorable scene in the film involves Rashid’s visit to Sarkar to get his support for drug trafficking in Mumbai. Gupta revealed that this scene was based on an incident when the smuggler Haji Mastan allegedly visited Thackeray to seek his help for some shady business. “Balasaheb put his hand on Haji Mastan's shoulder in a friendly way and just took him to the main door of the house," Gupta said. "In the film we showed them speaking.”

It is in this scene that Amitabh Bachchan mouths the iconic dialogue — "Mujhe joh sahi lagta hai woh main karta hoon. Woh chahe bhagwan ke khilaaf ho, samaaj ke khilaaf ho, police, kanoon ya phir poore system ke khilaaf kyun na ho [I do what I think is right, even if that means going against god, society, the law or the entire system]."

Gupta said he wrote this line after going through Varma’s brief. “I was thinking how to show his character's maturity and capture his essence,” he said.

Varma himself has said previously that Sarkar was also influenced by Francis Ford Coppola's classic The Godfather (1972). Gupta said, “Ramuji was influenced by The Godfather. He asked me to use it to show the family of Sarkar. I felt we already have such a beautiful story, what is the need to use The Godfather. But he said there are a lot of similarities in the story of The Godfather and Balasaheb.” 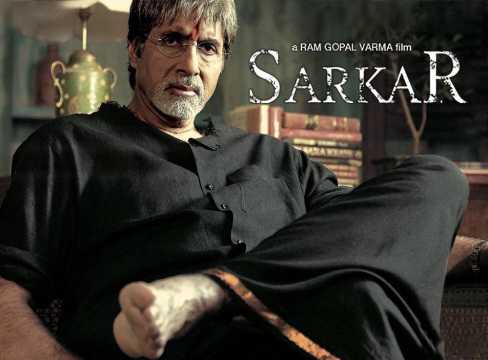 Explaining, he said, “There is similar tension in The Godfather. There is a problem between the father and a son who is thrown out. He said I shouldn’t think this is copying. I am personally not interested in copying or adapting. I get one offer every month to adapt a foreign series, but I always reject it.”

The makers of Sarkar did not approach Bal Thackeray for clearance for the film because the story was fictional. “It wasn’t a biopic by any means,” said Gupta.

But some wondered if a film with a character resembling Thackeray would be allowed a smooth release. “Smita Thackeray asked if we would be able to release the film. I told her this is a fictional story and we have shown him as a positive character and he will enjoy the film,” recalled Gupta.

Later, as expected, Varma got a call from Thackeray. “He was also asked how he would be able to release the film in Mumbai. Ramuji told him he would hold a special screening for him, so he could be convinced that there was nothing objectionable,” said Gupta.

The screening was held amidst tight security. Thackeray liked the film. “When Amitabh Bachchan spoke, he would make happy gestures," said Gupta, who attended the screening. "He was very happy with the film. He then discussed the film and recalled the incident when Haji Mastan had visited him.”