Asuran (2019), based on popular Tamil novel Vekkai, turned out to be a blockbuster with over Rs100 crore in gross earnings. The remake stars Venkatesh in the titular role.

Actress Priyamani has been signed to play the leading lady in the Telugu remake of Asuran which stars Daggubati Venkatesh in the titular role.

It is already announced that Srikanth Addala has been roped in to direct the remake which will be bankrolled by Suresh Productions.

Not long ago, reports emerged that Shriya Saran has been signed as the leading lady. However, latest reports indicate that Priyamani has been brought on board to reprise Manju Warrier’s role from the original.

Asuran (2019), based on popular Tamil novel Vekkai, turned out to be a blockbuster with over Rs100 crore in gross earnings.

Directed by Vetrimaaran, the film is the blood-soaked revenge story of a father, a farmer, who avenges the ruthless murder of his elder son. The film featured Dhanush in dual roles, playing his character over two generations. 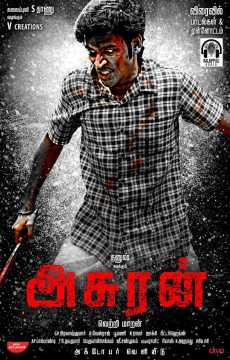 Produced by Kalaipuli S Thanu, Asuran had music by GV Prakash Kumar and was predominantly shot in the interiors of Tamil Nadu.

Venkatesh was recently seen in Telugu comedy Venky Mama (2019), which went on to be a blockbuster at the box-office. Directed by Bobby, Venky Mama also starred Naga Chaitanya, Raashi Khanna and Paayal Rajput.

Meanwhile, Dhanush has two more projects in his kitty. Having recently wrapped up his project with Karthik Subbaraj, he’s currently shooting for his upcoming project Pattas with director Durai Senthil Kumar. The film also features him in dual roles and co-stars Sneha and Mehreen Pirzada in key roles.

Dhanush also has a film with director Mari Selvaraj who debuted with Pariyerum Perumal (2018). If everything goes as planned, he will begin shooting for this project from December.