As the film completes 10 years today, Nandu Madhav looks back on the project that gave a major boost to his career.

From the time cinema arrived in India, countless films have been made on real-life heroes and their incredible achievements. Today these films are called biopics, and the trend of making such films has gathered pace over the past decade.

While biopics were made on people from different walks of life, it took close to a century for a filmmaker to come up with a film on the person who pioneered the movie business in India. But Paresh Mokashi’s Harishchandrachi Factory (2010) was well worth the wait.

The film was based on Dhundiraj Govind Phalke aka Dadasaheb Phalke’s painstaking efforts to make India's first feature film, thereby opening the gates to cinema in the country.

Harishchandrachi Factory was a rare film on a rare personality that narrated his difficult life journey without becoming morose. The film was light-hearted, even humorous. The style of execution paid rich dividends as the film was not only appreciated by critics and audiences, but also went on to become India’s official entry at the Oscars. 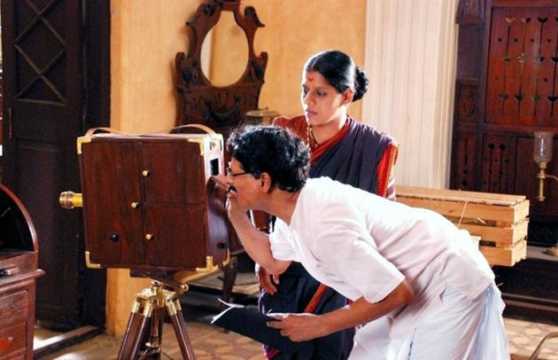 Harishchandrachi Factory saw Nandu Madhav literally live the character of Phalke while Vibhawari Deshpande put in a thoroughly dedicated performance as his wife Saraswati. The film makes it clear that Phalke’s wife and two sons had important contributions to make to India’s first movie.

On the 10th anniversary of the release of Harishchandrachi Factory, Nandu Madhav looked back on the movie that, as he himself said, played a major role in the growth of his career. “I got to reach out to so many people, even outside Maharashtra and India," Nandu Madhav recalled in an exclusive conversation with Cinestaan.com. "The film is shown in schools and institutes where they even discuss it.”

Asked how he landed the role, Nandu Madhav said, “I was working in plays then. At that time, I and Paresh weren’t friends who would catch up regularly. We used to say ‘hi, hello’ whenever we saw each other. We knew each other’s work. He had come to see my play Sanman House. Then, two or four months later, he called me and said he wants to talk about a role.”

When Mokashi said he wanted Nandu Madhav to play Dadasaheb Phalke, the actor was shocked. “I wondered what he saw in me for that role," he said. "To play someone who is the pioneer in the field we are working in is a big opportunity for anyone.” 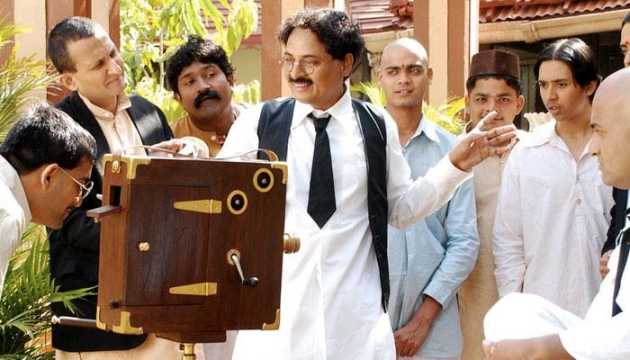 But Nandu told Mokashi that he didn’t know anything about Phalke. Mokashi said even he didn’t, until he read a couple of books on the pioneer. “He provided me with a lot of information on Phalke," the actor said. "He also gave me a couple of books, one written by Gangadhar Mahambare and another by a film critic from Pune, and some clips. When he asked about money, I left it to him to decide. I said I would be bringing my tiffin from home. Who will let go of such an opportunity?” he said, laughing.

Nandu was impressed with the script but he admitted he never thought the film would get chosen as India's official entry to the Oscars. “After reading the script, I felt I had got to read such a good screenplay after many years. I felt that if this translates on screen as it is, it will be appreciated by the classes and the masses. But I didn’t think it would go to the Oscars,” he said.

The actor said the filmmaker was always conscious about portraying Phalke with respect. “The script was challenging because it was a mixture of humour and seriousness," he said. "The biggest challenge was to ensure that this humour doesn’t turn into comedy. Paresh told me humour was a speciality of Phalke’s nature. He used to cut jokes with others. He also said he doesn’t know how exactly Phalke would have been, but this is his Phalke.”

The actor added that a bigger challenge was to ensure that Phalke’s achievement reached as many people as possible. “I guess people got overwhelmed in the end to see that a Marathi person and Indian achieved this,” said Nandu.

Interestingly, Nandu got to view a few clips of the making of Raja Harishchandra (1913), which was also the subject of Harishchandrachi Factory. “He was such a visionary that he even did the making of this film!" the actor remarked. "We can see him instructing his actors to sit in a particular way, etc. I tried to imbibe this in the film.”

Nandu recalled that while shooting a scene in which he was carrying a file, someone from the production department remarked that people didn’t carry files in those days. They carried their papers in bags. The person did a lot of digging and found a bag that would fit that era. “Not that people would have considered it an error if I were holding a file in my hand, but it helped in adding authenticity,” agreed Nandu.

Harishchandrachi Factory did not have any romantic scenes, but the deep love between Phalke and his wife Saraswati was seen in little moments, like when he tells her out of the blue, “Hay sagla tujhyamule ghadtay [All this is possible only because of you]."

Nandu revealed that there was a major debate during the shooting of that scene, with the actor and the entire team of the film on one side and the director alone on the other. “During the first take, I went down a few steps. Then I turned around and climbed a few steps. With trembling lips and watery eyes I told her, 'Hay sagla tujhyamule ghadtay.'

"Everybody gave a thumbs up, but Paresh didn’t okay the shot and said Nandu shouldn’t shed tears in this scene.

“I asked how come I don’t cry in this moment? Even Vibha said how well I cried. But Paresh said our Phalke can’t cry. And seeing me cry, even Vibha had tears. Paresh sternly told her that Saraswati was a strong woman, so even she won’t cry.”

The shooting was stalled for two or three hours. The entire cast and crew were on Nandu’s side, but Mokashi was adamant. “Finally I told him, I don’t know [how to do it]. You show me! So he went down the stairs, turned around and climbed up, and said in a good-natured, matter-of-fact manner, 'Hay sagla tujhyamule ghadtay.’ The audience in me loved it so much that I was convinced,” said Nandu.

“I realized that if one has to go from a humorous to a serious tone, one can’t just jump up and go. It looks patchy, which we have seen in a lot of our films and plays. Even in the scene where I lose my eyesight, there is humour, although the moment is serious,” said the actor.

Film promotion is a major task for filmmakers today. But Harishchandrachi Factory showed its importance in 1913 as well. According to the film, hardly anyone turned up to watch Phalke’s pioneering movie. So he was forced to promote and market it in any way possible. Only then did the crowds start pouring in.

Reflecting on this aspect, Nandu remarked, “As I said, he was a visionary, going by how he made the making of the film. As he was a magician and a technician, he was able to show how Lord Shiva disappears. That’s why despite a few other people trying, the first film came from Phalke.”

Harishchandrachi Factory did not win the Oscar for Best Foreign Language Film, but it won plenty of other laurels. For lead actor Nandu Madhav, what the film achieved in his native Devrai in Ahmednagar district is as good an award as any. “My childhood friend Prakash Bhute, who is a school teacher now, told me they showed the film in a lot of schools and students were asked to write about it. I was surprised and delighted! To see our film being taught in such small villages is a huge thing for me,” he said.