The National award-winning romantic comedy Ishqiya (2010), which completes 10 years today, is a delightful mix of zany and noir.

Set in Gorakhpur, Uttar Prakash, Abhishek Chaubey's directorial debut brought forward an interesting trio of inscrutable characters—uncle Khalujaan aka Iftekhar (Naseeruddin Shah), nephew Babban (Arshad Warsi) and femme fatale Krishna (Vidya Balan). They are thrown together when their collective backs are to the wall and scheme together to find a way to survive.

In a telephonic conversation with Cinestaan.com, Abhishek Chaubey spoke about how his first film all came together. The filmmaker discussed the long process of scripting, the casting of the leads, and the difficult days to shoot the film that eventually became "a worthy challenge" for him. Excerpts: 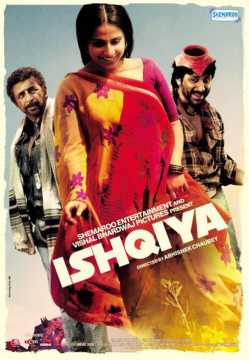 You worked with Vishal Bhardwaj on his films from Makdee (2002) to Matru Ki Bijlee Ka Mandola (2013), both as a writer and assistant director. How did he support you to make your first film?

He oversaw, more than anything else, my growth. I started out as assistant director to him in Makdee (2002), and immediately after we finished Maqbool (2004), he saw that I was restless and wanted to do something else. I, in fact, wrote a short film which I showed him. He liked it so much that he gave me the opportunity to write my first film with him, The Blue Umbrella (2005).

I always wanted to be a film director and that’s something he knew. There was some sort of understanding between us that one day I will make a film and he will back me up in doing so. Immediately after we shot Omkara, I came upon the idea of Ishqiya which I narrated to him and he liked it immensely, and then came along on the journey to write it together.

The script of Ishqiya is very layered, with intricate back stories of the different characters. How did you and the other screenwriters shape it together, especially the dialogues?

Vishal and I started writing primarily about these three characters [Krishna, Khalujaan and Babban]. We knew this is a very moody kind of a film. This is not a run-of-the-mill heist-caper thriller. There is something else here. The critical thing for us was to discover its correct tone and mood. We worked together [to] get the characters right.

The first draft that Vishal and I managed to do, the characters were in place, and the mood and tone were very good. Vishal had done the dialogues. We all know that Vishal is one of the best dialogue writers in the country and this was a rustic film where he got the flavour of the language and dialect bang on.

Although the script worked at various levels, the plot was not falling into place completely. The feeling was that the story is lacking. So, we got in touch with Sabrina Dhawan, who was the writer of Monsoon Wedding (2001). I was sent packing to New York where she lives and teaches even now. I was [there] for a month, working on the script and getting the plot right.

She made an immense contribution to the story, and I got to add structure and [get] everything in place. We made frequent changes in the story, so much so that only about 10–15% of the scenes from the earlier draft survived. We had to rewrite the film from scratch.

I came back with the new structure and wrote it down, based on which Vishal finally did the dialogues. And then the script was ready to go. The scriptwriting process took a long time; all put together it took more than a year.

At a time when more urban stories were in the works, how come you chose a rural setting for the film?

We did Omkara also which had a very rustic setting. But both Vishal and I shared this common feeling that we are not telling enough stories about our country. At that point in time, more films were being made about NRIs. That was pretty shocking. In a country of a billion people, we are not making films about our own people. Although Bombay and Delhi are very important to the country, but most of our country lives elsewhere.

I also have a small-town heritage, I wanted to talk about the world that I have seen, and I wanted to bring those stories to the people. There was this tendency and belief in the industry that whenever you go to a small town, to rural India, it has to be an issue-based film. We wanted to change that, and do something that’s hip and cool, but funny, so that we can bring it to a more urbane audience and they can enjoy it. That was all there, but it primarily stemmed from the fact that this is the world I know, and at least in my first film [I can] make a film that I’m intimately aware of.

Ishqiya doesn’t work without the main cast of Naseeruddin Shah, Vidya Balan and Arshad Warsi. Did you have them already in mind when you were writing the script, or how did they get cast?

The casting was also quite a long process. In the confines of our office, we discussed various names. We talked about all the casting options that were available. Naseerbhai was a very natural choice and a very early choice. But our idea was that we need to cast Krishna’s character first, because she is the centre of the film. It’s going to be based on her that we cast the male leads. We were talking about various names. There was Preity Zinta, Lara Dutta, but Vishal one day told me about Vidya Balan.

To be honest with you, of all the films I had seen Vidya in, I only enjoyed her performance in Parineeta (2005). But I knew somewhere that she is extremely talented. But the idea did not come from me, it came from Vishal. So then we met Vidya, but when I met her, I immediately knew that if she says yes to the film, she will be absolutely the correct choice. She really got into it very quickly and felt ownership of the film right away.

When she came for her narration, I narrated the first half to her, and she apologized to me because she had another meeting elsewhere. I thought this is an excuse and she really did not like the film at all. But a couple of hours later, she called and said, ‘Can I come right now?’ I was surprised, but I said, ‘Sure, you can.’ She came and listened to the rest of the film and immediately said yes. Her question was, how did you think of me? 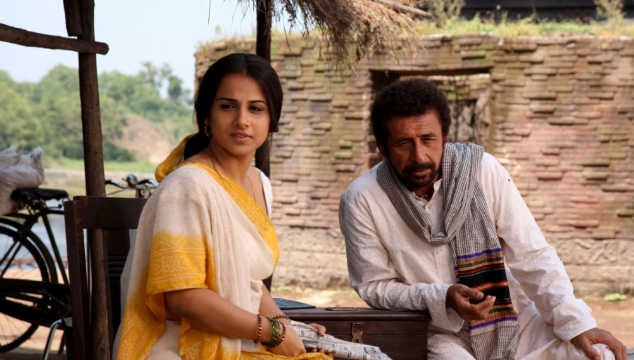 I was waiting to call Naseerbhai once I had cast her. He was also very pleased with his character in the film. The last one to come in was Arshad, because I was really unsure who will be the right person to play his character. I remember we had gone and met Shiney Ahuja, and we had not met, but we were thinking of Sharman Joshi. We thought about it for a day or two and said let’s just go and meet [Arshad].

I would say fate brought us together, because when I walked into the room and met him, I literally slapped my head because he was sitting right there, the character. He was born to play that character. He spoke to me for half an hour. I didn’t even narrate the film to him, I just narrated a couple of scenes and gave him an idea of the story and he was just on.

Of all the characters in the film, which one are you most fond of?

That’s a very hard question. We made a sequel of Ishqiya with Khalujaan and Babban, those are two very lovable characters, but as far as Ishqiya is concerned, the genesis of the film is from Krishna’s character. It is [she] who gives birth to the idea of the film. When I thought about the film, she came to me first and then these [other] characters.

When you began shooting the film, what was the process like, because this was your first film as director? Did you have hiccups or did it go as smoothly as you had hoped?

No, I don’t think filmmaking goes as smoothly as you hope. Filmmaking is perpetual crisis management. It was my first film, and the DOP [director of photography] I wanted, just about a month or 20 days before my shoot, something happened and he could not come on my film. It was too late to find another experienced DOP, so I went with Mohana Krishna. He was fresh out of FTII [the Film and Television Institute of India]. It was his first film, too. So we were these first-timers trying to make sense of everything.

It was a challenging shoot, I remember. A lot of challenges were compounded by the fact that I had very little experience as a director. Now I can safely say, having worked for so long, tough situations do not bother me as much as they used to back then. I’m relatively unflappable right now.

It was not an easy film at all in that sense, the logistical challenges, the weather was bad, a few days it rained and we completely lost those days. We had built a set near Satara [in Maharashtra], next to the river Krishna, and we had made a footbridge on the river for characters to walk on, and because of the weather, the bridge broke and fell down in the river, two or three times, every time we rebuilt it.

But I must say I had the backing of my producers, my actors and my crew, which made a rather difficult shoot happen. I have rather fond memories of it. I had a good time doing it. It was a worthy challenge.

Music is a large part of the film. How were the songs incorporated into the story? How did you sit down with Vishal Bhardwaj and Gulzar for them?

No, I write songs into the script in the sense of the situation and the kind of song and everything has to be worked out at the script stage itself, because I find it very difficult to go blind into the shoot. Ishqiya’s music is one of the finest works that Gulzar saheb and Vishalji have done together. They are one of the best music director and lyricist combination in our industry. They have done some beautiful work together and I’m very happy that Ishqiya ranks somewhere amongst their best work.

I could watch Vishalji and Gulzar saheb doing their jugalbandi, making that music. I think Vishal really pushed himself to do some wonderful work. Some of the best work later in life has come for his own films. This [Ishqiya] stands out as one film that he has done as a music director for another filmmaker and the music is top-notch.

We had worked very hard for the music, but we had worked out all the songs before we went on the shoot, and shooting and picturization was also a pleasure. Everyone in the unit knew as far as ‘Ibn-e-Batuta’ and ‘Dil To Bachcha Hai Ji’ [were concerned], that these two songs were winners. People are going to love them.

Like you said before, the adventures of Khalujaan and Babban continued in Dedh Ishqiya (2014). Do you think there is another story still there for them?

(Laughs) I would love to! I sometimes miss working with Khalujaan and Babban. I love Arshadbhai and Naseerbhai, I really enjoyed myself working on both the films with them. And I would love to do this all over again, but the only thing is somebody has to come up with the story. If somebody does, why not?