Not a single film critical of the government selected for MIFF 2020, claims Anand Patwardhan


Filmmaker Patwardhan also alleged that an official who rejected an RTI query on the matter is among those whose films have been chosen for the biennial government-run festival.

Renowned documentary filmmaker Anand Patwardhan has accused the central government of not allowing the screening of films that are critical of it at the 16th Mumbai International Film Festival, which got underway today.

Patwardhan was referring to his film Reason aka Vivek, Pankaj Rishi Kumar’s Janani’s Juliet and Deepu’s Our Gauri, which is based on the Gauri Lankesh murder case.

Patwardhan and others had filed a petition against these films not being selected, but they withdrew the petition yesterday after they realized the case would not go in their favour.

“The judge said he cannot replace the selection committee," Patwardhan said. "Technically he is correct. He is not going to sit and watch all the films and decide. He has to believe whatever the selection committee tells him. They can say we gave it low marks, there is a signature of the panel and that’s it.”

Patwardhan also claimed that this year the duration of the films in competition has been reduced by at least eight hours. “They also told the court that they have only 23 hours for the competition films. If you compare this with last year [2018, since the festival takes place once in two years] you can see that they have reduced it at least by eight hours. They have filled it with lots of fiction films and packages,” he said.

The veteran filmmaker also recalled an incident from last year’s Kerala International Film Festival in Trivandrum where Reason was disallowed from being screened at the last moment by the central government.

“They hadn’t seen the film," he said. "It wasn’t seen by anyone at that time. Luckily, the Kerala government stood with me and went to court, which ruled that this film can be shown in the festival. It shows the mind-set that they don’t want certain kind of filmmakers and their films.” 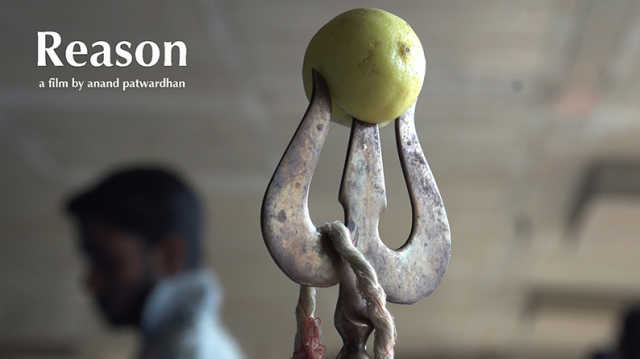 Patwardhan recalled that no censor certification was required when the first edition of MIFF was held in 1990. “But in 2003 they were worried that films on the Gujarat violence will be shown and international delegates will see them. So they brought in the censorship clause that Indian films will have to have a censor certificate," said Patwardhan, adding the government cannot tell foreign filmmakers to get censor certificates.

At that time, Patwardhan and other filmmakers put together a parallel film festival called Vikalp, meaning Alternative. “We held that festival just outside the main festival. It became more popular than the main festival," he said. "Then the government realized that it had been exposed, so they removed the censorship clause. But they started using the selection panel, of their ideology, to do the censorship.”

He added that when the National Democratic Alliance led by the Bharatiya Janata Party (BJP) was voted out of power, things improved. “There was a dynamic director of the Films Division then,” he said. (The Films Division of the Union information and broadcasting (I&B) ministry is the body that organizes the Mumbai International Film Festival.) “That time, for the selection to be transparent, they made regional offices look at the films. Then the final round happened in Mumbai.”

Patwardhan said that system had since been scrapped. “Now there is only one selection panel in Mumbai. And we have learnt from an insider that even the Films Division was not involved in the process. The selection team was sent by the I&B ministry to Mumbai, kept in a hotel for a month, and they did the selection. This team consisted of their people.”

Patwardhan said he was baffled how his, Pankaj Rishi Kumar's and Deepu’s films did not get selected. “They said 69 films got higher points than Reason (Vivek), which was in the running for the Oscars. Pankaj’s films got 200-odd points when the cutoff was 400. His film won the top prize in Kerala. It was India’s entry for the Oscars; the government itself sent it,” said Patwardhan. He added that some films which were not political and only gave messages against the caste system and the death penalty were also not selected. 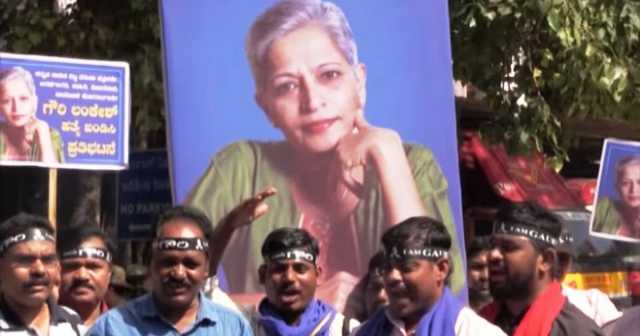 Highlighting their concern, he added, “Our main point is that they have done political censorship. A film can have 100 awards. But if it is criticizing the government, then it is not going to be taken. Go through the festival catalogue and tell me if you can find a single film that has any criticism of the government.”

Patwardhan recalled that in 1990, he had made a film criticizing the Congress in Punjab while talking about how Sikhs were killed in Delhi, how there was terror from both sides—Khalistani groups and the state—and how people used Bhagat Singh’s thoughts to fight communal violence.

He stated that the film not only got selected but also won the award that year at MIFF. “That film got the Silver Conch at the festival. The same year Ranjan Palit and Vasudha Joshi made a film about villagers fighting against a missile base in Baliapal; clearly ‘anti-national’ in today’s language. That film won the Golden Conch,” he recalled.

Patwardhan said he had got support from Mark Akbar, head of the MIFF jury in 2004, and French filmmaker Nicolas Philibert, jury member the same year. He read out a statement by Philibert, which said, “I have just learnt with amazement, sadness and indignation that Reason, the latest film of filmmaker Anand Patwardhan, has not been selected by MIFF. I don’t know the reasons that were put forward to dismiss this film, but I obviously can’t help thinking that this is a political decision.”

Patwardhan said the filmmakers even tried to use the Right to Information (RTI) Act to find out why their films were rejected, but to no avail. “They used a technicality, saying the stamp was wrong; they didn’t answer the question. PK Pasricha, the central public information officer, signed the reply. Interestingly, Pasricha’s own film is in the festival. Now if this is not malpractice, what is?” he asked.

Pratibha Kaur Pasricha, whose documentary, Wings Of Desire, has been selected for the International Prism section, is the central public information officer at the Films Division.

Asked about their next step, Patwardhan said, “Next step has to be decided by more than just us. We are just a few filmmakers. There are many others. Right now our main point is to expose the censorship going on in the name of cinema. We are getting support from more and more filmmakers now.”

Festival coordinator Anil Kumar did not respond to calls and text messages from Cinestaan.com. An official from the festival who refused to go on record merely said, “Anand Patwardhan’s allegations are false.”