The film deals with the subject of sex workers who are forced to sell their bodies to make ends meet.

An upcoming bilingual film titled Badnaam Gali was recently launched with a song recording at the mahurat.

Directed by Deepak Sambhaji Jadhav, the film will be made in Hindi and Marathi. Shyam Chougule has produced the film under his banner Tripureshwar Productions.

The story of the film is not known yet. But the makers have said the film deals with the subject of sex workers who are forced to sell their bodies in order to make ends meet.

An official statement from the makers revealed a little more about the film saying, "More than physical, the film deals at a social and psychological level." 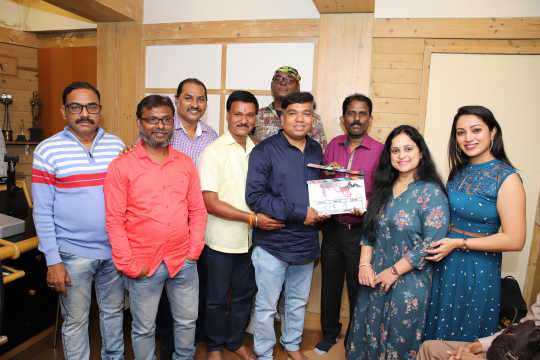 For now, the makers have kept the cast of the film under wraps. But they have promised that the cast will be "impressive".

The two songs that were recorded included a romantic number sung by Abhijit Kosambi and Sanjeevani Bhelande. The other was an ‘item' number sung by Sonali Patel. Both songs have been composed by Milind More.