The film revolves around the struggle of a young man, Subhamoy (Tathagata Mukherjee), who hails from a Bengali middle-class family.

Choroibeti has been shot with two smartphone cameras, three LED lights and a drone. It will also mark Chakravarty’s debut as an actor.

The film revolves around the struggle of a young man, Subhamoy (Tathagata Mukherjee), who hails from a Bengali middle-class family. Choroibeti, which means journey in Bengali, chronicles his struggles of pursuing filmmaking. He goes against his parents’ will and also, fights the odds of the film industry, before he achieves his goal.

According to Chakravarty, “We have a storyteller in each of us. It is just that many of us do not know how to tell our story through an audio-visual medium like cinema. With technology being so pocket-friendly these days, I want to inspire more and more people to learn and take up this craft. Hopefully, Choroibeti will be an eye-opener to them. You do not need permission to tell your story now.” 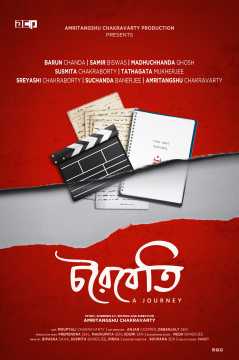 Chakravarty is a PhD student in biochemistry at the University of Kansas in USA. He started pursuing his passion for filmmaking in 2014. Many of his short films, including Grey (2014), Hothat Dekha.. The Sudden Meet (2015), Mela and Chaturashram have been widely screened and appreciated in various film festivals.

The film features Chanda in an important role. The editing has been taken care of by Chakravarty himself. Megh Banerjee has done the background score and Shrayee Paul has composed three songs for the film.

The film will be completed in February and will eventually be released on an online platform.