I have this gut feeling that I can tell stories very well: Producer Manish Mundra on becoming director


On the sidelines of the Rajasthan International Film Festival, the Drishyam Films founder spoke of his journey in cinema and his move towards direction.

Manish Mundra, founder of Drishyam films, is a multi-hyphenated entrepreneur who straddles business and diverse creative fields with ease. Emerging as a beacon of hope for independent filmmakers in an oft-narrated story, Mundra has nurtured critically acclaimed films such as Ankhon Dekhi (2014), Masaan (2015), Umrika (2016), Dhanak (2016) and Newton (2017).

While much has been written about Mundra’s work in cinema, few may know that he is also an enthusiastic photographer, poet and painter. And now, he is all set to don the hat of director as well.

At the Rajasthan International Film Festival that just ended in Jaipur, the affable entrepreneur shared his journey so far and released a book of his poems, written in Hindi.

Later, speaking to Cinestaan.com, Manish Mundra shared his thoughts on the changes in the film industry and his own goals. Excerpts:

The story of how you became a producer is well-known. From that first film, Ankhon Dekhi, you set up Drishyam. What has the journey been like so far?

The journey has been a roller coaster. When I started, I had the desire to make a film and tick that box. Once I made Ankhon Dekhi, it was sitting with us for a year and we didn’t know how to release the film. Then we met PVR and released the film, but in that whole process I spent almost an equal amount of money [as the budget] to sell the film so it could be exhibited.

The film was critically appreciated, but nobody watched it! And I had more than a million and a half dollars of loss. So I thought there was something wrong there and I set up Drishyam Films with the idea of structurally conceiving and developing a film, where production of the film is done in-house to control the costs, and also develop a team to strategize and negotiate the P&A [prints and advertising], so we can cut costs and make [films] economically viable.

And then, when we started making films, we were able to break even. The idea was to develop a model to set up an ecosystem so that anyone who comes in can understand how we can develop a film with the right budget.

One important factor in this was film festivals, so that films can travel and people start talking about them and create enough buzz to come back home and release it. This journey has been from Ankhon Dekhi to Newton, where we develop the content, produce the film in the most cost-effective manner and partner with big studios like Jio, Eros, Red Chillies, to take the film to the next level as far as distribution and exhibition [are concerned].

If we can develop this model successfully, we can create more Newtons instead of Ankhon Dekhi.

Since you mentioned festivals, there is a growing concern that the space for independent cinema is shrinking at film festivals in the country. Would you agree with that assessment?

I beg to differ there because I am on the board of MAMI [Mumbai Academy of the Moving Image, which organizes the Mumbai Film Festival]. We have had a journey of the past four or five years when we took over MAMI when it was about to shut down.

These are realities as far as India is concerned, which MAMI has used successfully. Having said that, in the last edition, MAMI had some 300 films and filmmakers from almost 60 countries and most of them were independent films. In fact, Drishyam had three films in MAMI.

So, answering your question directly, the commercial aspect is required to be looked into, to make the festival viable, so that we can have mass audiences who can come and experience different types of cinema.

I want to link this up with what you had mentioned in your panel discussion, the issue of government subsidies. If we look at filmmakers like Kumar Shahani, Mani Kaul and so many eminent filmmakers, they were able to make their films because they were funded by the government, but we find those subsidies or grants are becoming dearer now.

I’ll give you one example. Three days back I read a news piece where it said the global earnings of French cinema, which we know has been majorly supported by the French government, has been more than 290 million euros! So that’s how government’s support can create economic value.

The government has to look into the aspect of the liberal arts, be it painting, filmmaking, writing, photography. Tourism has the base to create economic wealth and growth because that’s how you showcase your country. We have to have 10 films from India funded or 20 films half-funded, and state governments can play a role also and distribute the responsibility and cost.

It’s very important that in a population of 130 crores, we should have 10 or 15 such people who can identify such cinema stories.

There was a lot of euphoria with OTT platforms coming in, that these were creating newer avenues for filmmakers. The first part of my question is, do you share that euphoria? Second, do you see films going straight to OTT, like Roma (2018) and The Irishman (2019), being embraced enthusiastically in India?

The best thing about OTT is that the world is now your arena. If you make a good film and it’s on an OTT platform, the world watches it together on the same day. That’s a big opportunity for any filmmaker.

If you have a good film, instead of spending money on P&A, if you receive money through a valuation by the platform, that itself is exciting stuff. The fact that your film is globally watched and you have different viewers across the globe is a big motivating factor. And then to get money out of it is the best thing you can have. 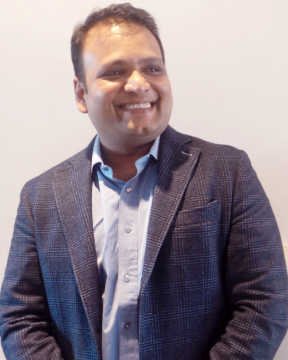 From a producer, you are becoming a director and donning a different hat. What is exciting you about this new role?

I have this idea that in life let’s try new things. Somehow, I have this gut feeling that I can tell stories very well. I don’t know how far that will be true, but I want to jump into it and create cinema of my liking.

The good thing about filmmaking is that it’s about teamwork, so if you have a good team and a good story to tell, I will probably be able to tell stories.

Well, being a director, of course, and also to talk to people. I have now started talking in various forums, talking to the youth. I find that India is the country where you have hope because even if you have nothing, the education system is still good and you can create a background, get a professional qualification, which can help you travel across the world, seek jobs, create wealth, come back and do whatever you want to do.

So that’s important to communicate. There is hope, there is opportunity out there, and the world is your arena. I have travelled across the world and there hasn’t been a single country where I have not found an Indian entrepreneur, and that’s a great thing.

I feel that the youth should know this, so I do at least one talk every month and tell them that there is so much scope and wealth can be created and that wealth can be used to disseminate your artistic skills.