The film, produced by Yoodlee Films, has been shot in Uttar Pradesh and is due to be released later this year.

Filmmaker Kanu Behl, whose award-winning short film, Binnu Ka Sapna, was recently premiered on MUBI India, has wrapped up shooting for his next feature film, Agra (2020), with Rahul Roy and Priyanka Bose.

Behl, who made his directorial debut with Titli (2015), shot the film in Uttar Pradesh. It is due to be released later this year.

Behl said in an official statement, "[Agra] is an exploration of sexual dynamics within a family, confined with the physical spaces they are forced to inhabit. The resulting chaos gives us a window into our many sexual repressions and the new small-town India, which we have all grown to adore.

"Agra tries to understand sexuality and physical space. And how the lack of it affects the way we live our lives, in a country of over a billion people. The fact that Yoodlee Films has come on board for this project gives me confidence in their commitment to create meaningful cinema which is at once relevant and unique in content." 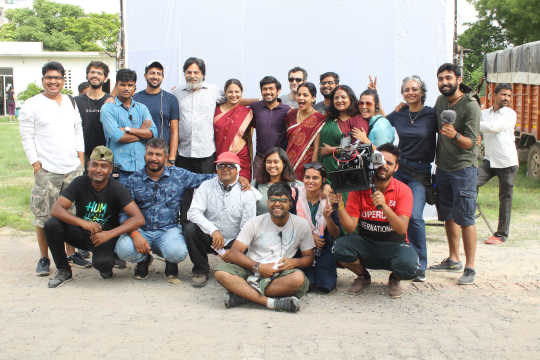 Producer Siddharth Anand Kumar said, "Agra is a daring story. It's also an uncomfortable one, which forces you to look inward into the depths of depravity we might fall into, when we live in confined spaces. And it takes a director like Kanu Behl and his incisive vision to bring a complex story to screen. This is truly unique storytelling and fearless cinema, something we pride ourselves for."

Besides Roy and Bose, the film features Mohit Agarwal, Ruhani Sharma, Vibha Chibber, Sonal Jha and Aanchal Goswami in key role roles. The film has been shot in and around the beautiful city of Agra and is expected to hit theatres later this year.