The film will be mostly shot in Kolkata and Switzerland.

Rukmini Maitra will be paired with Abir Chatterjee for her upcoming film Switzerland, to be directed by Souvik Kundu. Produced by Jeet Films, the film will  feature Maitra with an actor other than Dev Adhikari, her real-life partner, for the first time.

Switzerland is Kundu's debut Bengali feature and will be mostly shot in Kolkata and Switzerland. 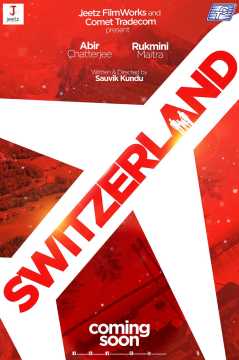 There have always been rumours that Maitra became popular because of her association with Adhikari, despite having been a renowned model for many years. Maitra thinks these rumours are a result of a patriarchal thought process.

“Chaamp (2017) was the only film offered by Dev. For the rest of the films, including Cockpit (2017), Kabir (2018) and Kidnap (2019), I was approached by the directors," the actress stated in an interview with Anandabazar Patrika, a Bengali daily.

Speaking of her character Yasmin in Kabir, Maitra said, "Yasmin is not a Bengali. I think my features are cosmopolitan and hence I was chosen for the character. I think my look enables me to adapt into various kinds of characters. Just because I appeared in films produced by Dev, people do not take these aspects into consideration."

Maitra was reportedly approached for Pavel’s Baccha Sosur (2019) as well as Raj Chakraborty’s Shesh Theke Shuru (2019), which she could not be a part of as she could not spare the dates required.

The shoot for Switzerland begins later this month.