Hruta Durgule makes her film debut in the adaptation of the play Ananya: See posters


Well-known filmmaker Ravi Jadhav is one of the producers of the film.

After earning accolades in Marathi television serials and plays, Hruta Durgule is finally making her debut in cinema with a film titled Ananya. The movie is the directorial debut of Pratap Phad and has been adapted from a Marathi play of the same name which was also written and directed by Phad.

Ananya, the play, had Rutuja Bagwe in the lead and impressed audiences. It tells the story of an ambitious young woman who has a perfect life and life partner. However, one shocking incident shatters her life. Will she ever be the same happy-go-lucky Ananya? 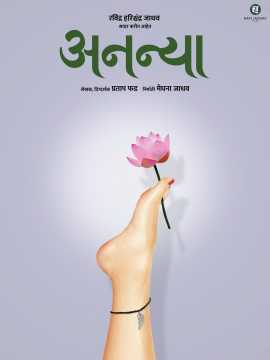 Interestingly, there was a one-act version of the same play where another well-known actress, Spruha Joshi, played Ananya.

The posters released by the makers have a moving and artistic feel to them. One shows Durgule reaching out for the sky in a picturesque landscape with lots of greenery. Some white flowers strewn on the ground and her bicycle give a more artistic feel to the image.

The other two posters also pique your curiosity about the film. The third one in particular makes you wonder why the door of a house has the mark of Ananya's feet.

At the end of 2018, in an exclusive conversation with Cinestaan.com, Durgule had stated that she was in no hurry to make her film debut and was ready to wait for the right script. “I am not at all in any kind of hurry [to act in movies]. Currently my focus is theatre. I feel if we do the current task well, only then we get other offers,” she had said while speaking about her play Dada Ek Good News Aahe. 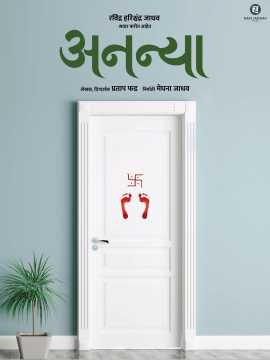