Director Imtiaz Ali refused to end the suspense about Arushi Sharma, except to say that he had known her "for years".

The trailer of Imtiaz Ali’s latest film Love Aaj Kal (2020) set lead artistes Kartik Aaryan and Sara Ali Khan trending on social media. The pairing has been anticipated ever since Sara Ali Khan confessed on the television show Koffee With Karan that she has a crush on Kartik Aaryan.

Asked about her and how she came to be signed for the role, the director refused to divulge much. “I have known Arushi for years,” Imtiaz Ali said, without elaborating. “I feel it will be better if I speak about her once she herself comes in front of you. I am glad you noticed her. I hope she will be liked by you and the audience.” 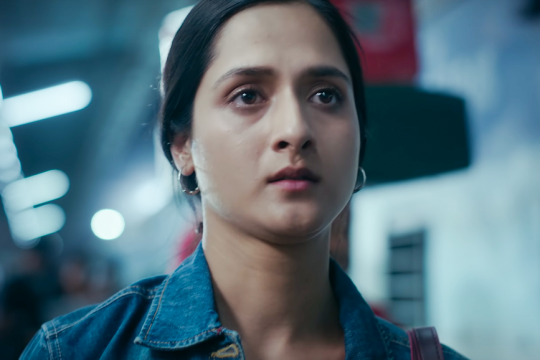 If one reads between the lines, Arushi Sharma’s absence at the trailer launch event was, perhaps, a calculated move. When we looked for Sharma online, we found a Twitter profile where she has less than 150 followers, which simply buttresses her rank newcomer status. Interestingly, she follows a small set of people that includes political activists Umer Khalid and Shehla Rashid and standup comedian Kunal Kamra.