A great many newcomers were launched in the past two decades, as they have been in earlier decades. But very few made the impact that Hrithik Roshan did on his debut.

After the release of Kaho Naa... Pyaar Hai (2000), which was directed by Hrithik's father, actor-turned-filmmaker Rakesh Roshan, the audience, especially collegians, went crazy about the young actor.

Not even Rakesh Roshan himself had expected this. “I used to pray to god everyday that if not for my sake, for my son’s sake the film should do well,” the director recalled. “I was making a film with a newcomer, that too with my son. There were three responsibilities. As a father and producer, I wanted my film to do well. As a director, I wanted people to say that he has presented his son very well. But I didn’t think of any of these responsibilities while making the film.”

The results generated by Kaho Naa... Pyaar Hai took even the Roshans by surprise. Though there was no social media back then, one could see and feel the Hrithik Roshan euphoria among the youth. For instance, his face dominated the posters being sold on the streets of Mumbai in those days. 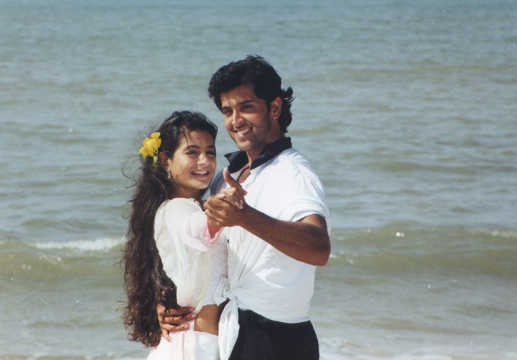 As the film completes 20 years (it was released on 14 January 2000), Cinestaan.com decided to take a stroll down memory lane with filmmaker Rakesh Roshan.

Looking back on his son's phenomenal debut, Rakesh Roshan said Hrithik was always interested in acting. “I first asked him to work as an assistant director and see what happens behind the camera," he said. "He was with me as an assistant for five years.”

Kaho Naa... Pyaar Hai was also a launch vehicle for actress Ameesha Patel. The film was the love story of aspiring singer Rohit (Hrithik) and the rich Sonia Saxena (Patel). Rohit becomes an inadvertent witness to a crime and so is killed by the criminals involved. Shattered, Sonia moves to New Zealand where she is introduced to Raj Chopra, who, to her shock, is a doppelganger of Rohit. The rest of the story is about how Raj ensures that Rohit’s killers are punished. 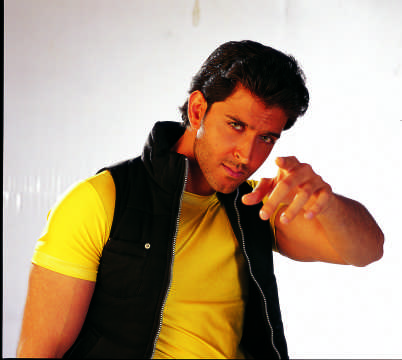 Rakesh Roshan said the story was inspired by Shakti Samanta's superhit film Aradhana (1969), which had catapulted Rajesh Khanna to superstardom.

“In that film the mother’s lover dies and the young Rajesh Khanna comes who looks like his father," said Rakesh Roshan. "So I thought why can’t we make this into a love story? Like the first lover dies, she sees another boy in another part of the world who looks similar to him and falls in love with him. She is curious who this boy is and how this story moves.”

The filmmaker said he had gambled by not succumbing to the formula typical of Hindi films back then. “There was a risk because people might expect him [Raj] to turn out to be his [Rohit’s] brother,” he said. “In every such film, there is a connection somewhere that one brother got separated in childhood and grew up somewhere else. I was firm that they are two different human beings.

“I took this challenge to show that they don’t have any relation with each other, but the love angle remains the same. I took that risk and it worked! I feel whenever you take a risk and present it well, it works.”

But the audience craze stunned even Rakesh Roshan. “This is again destiny," he said. "This is god’s way of saying that you have worked so hard, so this is a gift I am giving you. Kaho Naa... Pyaar Hai was god’s gift. For 10 weeks it ran houseful!” 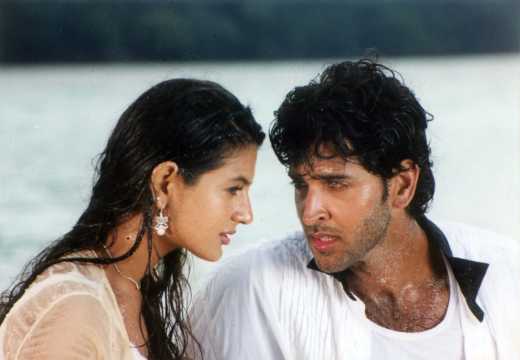 However, the father also revealed that the sudden fame affected Hrithik Roshan. “Though he was very happy, somewhere he got a bit lost in the fame which he achieved immediately," Rakesh Roshan said. "He didn’t know what to do and how to handle this.

"It is difficult. When he was shooting, young boys and girls would come to meet him. He used to get distracted. Everybody wanted to meet him. Parents used to come with their child. All this does take a toll on you.” It took a while, but Hrithik eventually got used to the fame and adulation.

Unfortunately, after Kaho Naa... Pyaar Hai, Hrithik’s seven solo-hero films failed on the trot. Recalling and analysing that period, Rakesh Roshan said, “What happened was that those filmmakers came to him because he became a star, not because he is an actor. So, all the seven films that he did after that didn’t do well. He was written off by the press then as a one-film wonder.”

Interestingly, it was the father who again gave Hrithik his next hit in the form of Koi... Mil Gaya (2003). “After Kaho Naa... Pyaar Hai, I didn’t make any usual film with Hrithik. I made Koi... Mil Gaya, where he is not a hero. He is a child in it; a mentally challenged boy. Somewhere I had confidence that this will work,” he said.