The Khans are bound by a common thread of hard work, choices and destiny: Author Sanjukta Nandy


The writer speaks about her first book which tracks the journeys and rise to stardom of Aamir Khan, Salman Khan and Shah Rukh Khan.

Before Aamir Khan, Salman Khan and Shah Rukh Khan became superstars of Hindi cinema, they were ordinary men, but with dreams of making it big. Author Sanjukta Nandy’s new book, Khantastic: The Untold Story of Bollywood’s Trio, brings out how the three actors became ‘The Khans’.

Nandy’s Khantastic shows the lives of the three — contemporaries as well as friends and, sometimes, foes — before and after they became actors. It tracks their early hits and flops, as well as the highs and lows that come with stardom.

Fans will find all sorts of inside stories about iconic films the Khans have starred in, and be able to examine their strong familial ties. In an email interview, Nandy discussed with Cinestaan.com how she landed the chance to write Khantastic, the research involved, and which chapter was hardest for her. Excerpts: 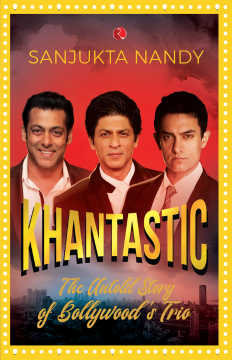 You have been a fan of all three stars since they made their debuts. Did you always want to write this book? How did the opportunity come about?

Films starring the Khans, their stories on screen and off screen, were a part of my 'Bollywood' appetite, so when I got an offer to write on 'Bollywood' [commercial Hindi cinema] my first book had to be about them.

I responded to a drumroll from Rupa Publications, which was for an invitation to write on 'Bollywood', and the journey of Khantastic started from there.

Over the years, several books and articles have been devoted to the rise of the Khans. How did you approach this book to make it different from the rest?

Khantastic is probably the first book on Bollywood's Trio where timeline, perspectives and parallel narration play a key role. It maps how the lives of the three Khans were shaped simultaneously in an era; it studies what was common and what was different. Khantastic talks about how the Khans are bound by the common thread of hard work, choices and destiny.

There is a lot of research devoted to each actor's career and how they became stars. How did you tackle it? Was there information available about their early journey or did you have to track people down?

It was a whole lot of research with a dedicated team and also generous participation of those who have known the Khans as people, co-actors and stars. Meeting people, talking to them, checking on all the archives of known and not-so-known information on the Khans, led to an intensive programme of data assimilation. Once the data was accumulated, a narrative was developed with a breezy storytelling tone to reach Khantastic to all interested readers.

When did you begin work on the book? What was your writing process like?

Work on the book started in early 2019. Since this was non-fiction, the data had to be interesting and corroborated. The graph of the narrative was first worked on. A laborious process of data collection took place and it was dedicated into the apt chapters. Creatives and research, with innumerable rounds of edits, resulted in Khantastic. It was akin to constructing three biographies in one book.

You have also uncovered a lot of trivia and information about key moments of the careers. How did you learn about these amazing anecdotes?

Information is one of the key players in this book. This was achieved through research, meeting people, gathering unpublished interviews (of course, with the participation of many journalist friends who were generous with their sharing) and hours of interviewing countless personalities (friends, co-actors, technicians) to know their experiences and insights on the Khans. 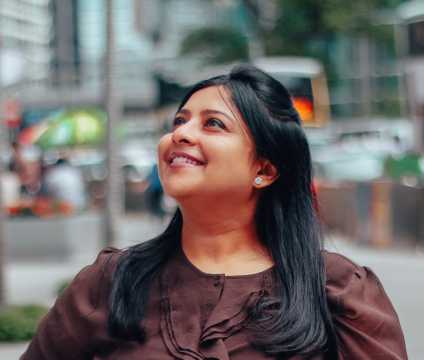 Was there anything you discovered in your research that surprised you?

The discovery during the journey of the book was full of revelations. Some flattering, some not so much, but definitely not without the surprise element in most of the findings.

What is your favourite story about any of the Khans from the book?

One favourite story would be difficult to quote. I can say it sure was a fun journey and [there was] never a boring moment while writing.

Which was the hardest chapter to write?

Each and every chapter came with its challenges, but the final chapter, titled Bandra Triangle, and the Epilogue, which was to sum up their journey and convey the essence of their lives to readers, were an uphill experience. These two were the chapters that I wrote and rewrote the maximum number of times.

The year 2019 has seen the Khans take more of a backseat to the younger generation of stars and some of the other older actors who came a few years after them. What do you think the next decade holds for them?

One thing I discovered about the Khans is that they never give up. They have reinvented themselves over and over again with changing times, so I am positive that they still have some surprises up their sleeves.

Now that you have completed your first book, any plans for a second?