Preview 2020: 11 Hindi films to look forward to this year


New year, new movie problems? No worries. We have shortlisted the films that you must certainly watch this year.

We begin the new year with a fresh slate of new films to catch. There are all sorts of feature films, from historical dramas to comedies, biopics to romances to choose from. However, with nearly 60 announced films and more on the way, there is no way one person can catch them all.

Here is where we can help you. We have selected a few of the most anticipated films of the year, starring the talented stars of the Hindi film industry. From Ayushmann Khurrana to Deepika Padukone, all your favourites have unique films lined up for you. These are some of the films we can’t wait to see in 2020.

Deepika Padukone turns producer with this hard-hitting feature inspired by the real-life story of acid attack survivor and activist Laxmi Agarwal. Co-written and directed by Meghna Gulzar, Chhapaak shows the immediate aftermath of the attack and how Padukone’s character Malti picks up the pieces of her life and becomes a mentor to others like her. Actor Vikrant Massey stars as Amol, an activist who is Malti’s love interest.

Using prosthetics, Padukone puts forward the turmoil and upheaval in Malti’s life when her identity is taken away from her. The film sensitively handles Malti’s gradual acceptance of her new look and her legal fight to curb the sale of acid in the country. Chhapaak is due to be released on 10 January.

Ashwiny Iyer Tiwari’s next is a family story that tells the story of Jaya Nigam, a former kabaddi player who attempts a comeback after having given up the sport for motherhood and marriage. With the strong support of her family, Kangana Ranaut’s Jaya fights for a spot on the Indian national team, again.

Also starring Jassie Gill, Neena Gupta and Richa Chadha, Panga is another inspirational tale that arrives in early 2020. While other Hindi sports biopics have earlier focused on cricket, hockey or boxing, Panga shows the competitive indigenous sport of kabaddi. Ranaut slips into another relatable character who dares to dream for a second chance as a professional player. We can’t help but root for such a daring dream. Panga is due to be released on 24 January 2020.

Ayushmann Khurrana’s golden streak of hits that began in 2017 went up to seven in 2019. He begins 2020 with first-time filmmaker Hitesh Kewalya, who wrote the witty dialogues for Shubh Mangal Saavdhan (2017). This time, Khurrana is Kartik Singh whose romance with Aman (Jitendra Kumar) causes a stir in the Tripathi family which has already decided on its bride. This gay love story has already caught our interest as the makers have released two creative and hilarious animated teasers indicating what’s in store in the film.

Featuring a cast that includes Gajraj Rao, Neena Gupta and Maanvi Gagroo, Shubh Mangal Zyada Saavdhan seems to be in line with what we call the Ayushmann Khurrana genre — an entertaining film with a strong underlying social message. The comedy is due to be released on 21 February 2020, a week after Valentine’s Day. 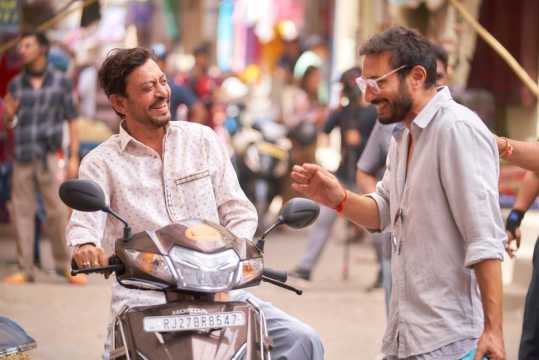 Irrfan Khan hasn’t been since on the big screen since Karwaan (2018). In March 2018, he took a break from cinema after he was diagnosed with a neuroendocrine tumour and went to London for treatment. He returns to Hindi cinema with Homi Adajania’s Angrezi Medium (2020), an unrelated sequel to Khan's hit film Hindi Medium (2017).

While not many details about the plot have been revealed, the film also features Radhika Madan as the daughter who wishes to study in the UK and Kareena Kapoor Khan as a London cop. Irrfan Khan plays Champakji, owner of a sweet shop in Udaipur, Rajasthan. While the Indian education system was under scrutiny in the first film, international education for Indian students seems to be the focus of the upcoming film. Angrezi Medium is due to be released on 20 March 2020. 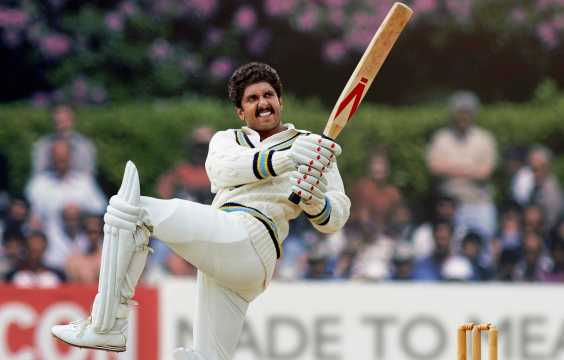 The excitement and buzz over the sports drama will bring in both fans of the game and those eager to know more about the tournament that changed the sport in India. For those who recall those winning moments, and those who never got a chance to see them then, ‘83 will recreate the final staged at cricket’s most hallowed ground (Lord’s) for the big screen. We can’t wait for the big moment. ‘83 is due to be released on 10 April 2020. 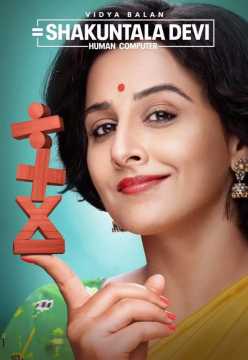 After helming a mission to Mars, Vidya Balan takes on the life of genius mathematician Shakuntala Devi, who died in 2013. The biopic, directed by Anu Menon, will examine Shakuntala Devi's life and achievements. The numbers whizz could solve complex problems and even earned a spot in The Guinness Book of Records in 1982 by providing the answer to the multiplication of two 13-digit numbers.

Filmed in the UK, Shakuntala Devi: Human Computer will also take a look at her relationship with husband Paritosh Banerji (played by Jisshu Sengupta) and daughter Anupama (played by Sanya Malhotra). Vidya’s last two Hindi films, Tumhari Sulu (2017) and Mission Mangal (2019), have reminded us why she is still one of the best. The biopic is due to be released on 8 May 2020.

Ayan Mukerji’s next, a long-in-the-making fantasy superhero saga, features Ranbir Kapoor, Alia Bhatt and Amitabh Bachchan. While Kapoor plays Shiva, a young man who rises to be a superhero, Bhatt and Bachchan play key characters in his journey. Nagarjuna and Mouni Roy are also part of the film.

The Dharma Productions feature is slated to be the first of a trilogy and there is a lot riding on it. Besides launching a new franchise, the film stars couple Kapoor and Bhatt together on screen for the first time. Many expectations are riding on it, and we hope it will be as good as it promises. Brahmastra is expected to be released in summer 2020.

Alia Bhatt had a rollercoaster ride being selected as a Sanjay Leela Bhansali heroine. She was first chosen for Inshallah with Salman Khan, but the film was unceremoniously shelved. Then Bhatt got another opportunity to work with Bhansali, this time as the title character in Gangubai Kathiawadi. With filming already underway, Gangubai Kathiawadi is based on a character from Mafia Queens of Mumbai by S Hussain Zaidi and Jane Borges.

The film is exciting on two fronts as it will give young star Bhatt another chance to show off her range and filmmaker Bhansali steps away a bit from his recent comfort zone of lead pair Ranveer Singh and Deepika Padukone. Gangubai Kathiawadi is due to be released on 11 September 2020. 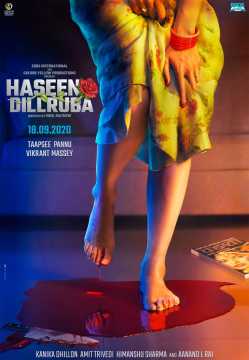 Another first-time pairing we are excited about is Taapsee Pannu and Vikrant Massey. The artistes will star together in Vinil Mathew’s Haseen Dillruba, from a screenplay by Kanika Dhillon. The murder mystery is produced by Aanand L Rai's Colour Yellow Productions, Himanshu Sharma and Eros International.

Pannu already has Badla (2019) under her belt and Massey has shown his mettle in A Death In The Gunj (2017) and Lipstick Under My Burkha (2017). We are keen to see the two share screen space in Hasreen Dillruba, which by the poster alone is giving us Andhadhun (2018) vibes. Haseen Dillruba is due for release on 18 September 2020. 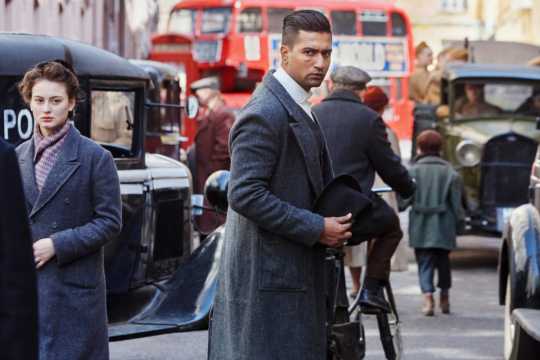 After the success of Uri: The Surgical Strike (2019), actor Vicky Kaushal steps into another patriotic feature with the biopic Sardar Udham Singh. Written and directed by Shoojit Sircar, the period film will follow the freedom fighter who travelled all the way to England to assassinate Sir Michael O'Dwyer, the former governor of the Punjab, as revenge for the 1919 Jallianwala Bagh massacre in Amritsar.

While Sircar and Kaushal have never worked together before, the filmmaker is known for drawing the best out of his cast, and this seems to be another powerful tale which has not been explored before. Sardar Udham Singh is due for release on 2 October 2020, the birth anniversary of Mahatma Gandhi.

After the failure of the big-budget fantasy Thugs Of Hindostan (2018), actor Aamir Khan signed on to the official remake of Hollywood classic Forrest Gump (1994) with Laal Singh Chaddha. The star has devoted all of his energies this year to playing a Sikh character who will journey across India for the film. Besides Khan, actresses Kareena Kapoor Khan and Mona Singh star in the film.

The screenplay has been adapted by Khan’s Rang De Basanti (2006) co-star Atul Kulkarni and Secret Superstar (2017) filmmaker Advait Chandan will direct the eagerly anticipated remake. While the story gives the actor ample opportunity to immerse himself in yet another character, the film feels like it will connect with audiences like his previous presentations Taare Zameen Par (2007) and Dangal (2016). With Laal Singh Chaddha, Aamir Khan also returns to his lucky Christmas Day release date which he held for a long time.