The actress-turned-filmmaker takes us behind the scenes in the making of her biopic on Sa'adat Hasan Manto, starring Nawazuddin Siddiqui, and tells us how she cast the rest of the large ensemble in small but significant cameos.

I am grateful to all those who agreed to do cameos — some for Manto, some for me and most for both! As it is said, there are no small parts, only small actors. As Manto is a favourite for theatre actors, it was also easy to entice credible names from the theatre world — Salim Arif, Atul Kumar, Danish Husain, Ashwath Bhatt, and others.

Many of us often feel, cynically so, that money is increasingly becoming the biggest motivator. But with so many amazing actors working either pro bono or for a minimal fee, it has reaffirmed my faith that there is enough goodwill and generosity in the film world. Now I will share the back stories of how I managed to get big names to do small roles! I had known two of them personally for a long time and I was fortunate to get to know the other through the film. Their unconditional support and professionalism was evident in the way they did complete justice to their respective roles. 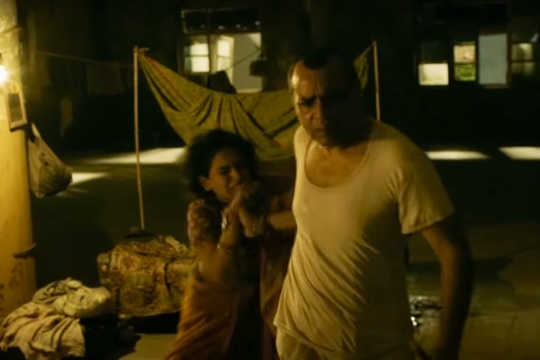 Despite coming from diametrically opposite ends of the political spectrum, I have always admired Paresh Rawal as an actor. We both have had a lot of mutual respect from the time we worked together on Firaaq (2009). The role I wanted him to play in Manto was that of a pimp in the story ‘Sau Power Candle Bulb’. He agreed in principle but insisted on reading the whole script, even though he was only in one scene.

Actors seldom bother reading the whole script when they are offered small parts. Also, I was afraid that the script might not resonate with him. But to my delight, he soon texted me saying, “Read your script... simply best!” That was a relief! Coincidentally, both the times we have worked together, he has played rather negative characters. I am quite certain that he did them more for the story and less for the roles.

At a time when conversations are getting increasingly polarized, artists must continue to build bridges and collaborate with one another. I am glad our political differences have never come in the way. Pareshbhai is an incredible actor and it is always a joy to work with him. 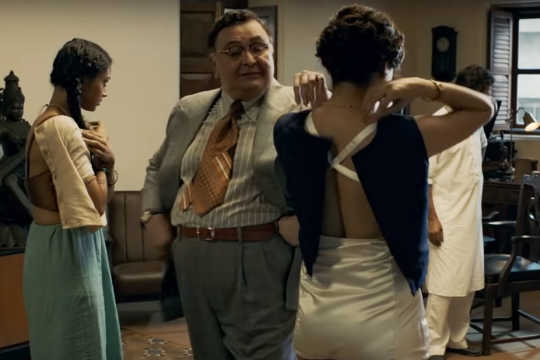 I have enjoyed many performances by Rishi Kapoor over the years, but while casting, there was no character that I instinctively felt would befit him. I reached out to him at the behest of one of the producers, as they felt his presence would attract more audiences. So, they fixed a meeting with Rishiji.

It was strange to meet him without knowing which role I was going to request him to do. The minute I entered, he warned me, “I don’t do guest appearances anymore.” But I only had a guest appearance to offer. I candidly confessed that my reason for wanting his support was that his talent and popularity would surely help.

As I began reading out part after part, I was hoping to find the one that would be the right fit. He must have been shocked by my audacity! To my surprise, he generously agreed to do the ‘guest appearance’ of a sleazy producer. He had seen many of them in his earlier days and was happy to recreate the character with me. So, there he was on the set of Manto. A seasoned actor, he gave his all, even for the six-hour shoot. I hope to do more justice to his talent and stature in a future film. 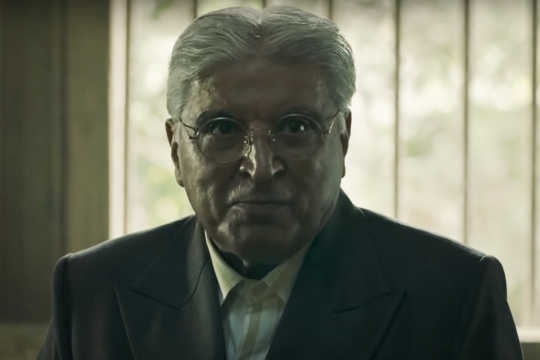 One morning, Honey [Irani] and I were brainstorming options for casting small but important characters. Abid Ali Abid, the principal of Dayal Singh College in Lahore, was one of the few who defended Manto during the ‘Thanda Gosht’ trial. Coincidentally, both of us thought of Javed saheb for the role — we felt it would be interesting to see a progressive writer of today defend a progressive writer of the past.

I have known him closely for more than 20 years, so I didn’t hesitate to call him. He laughed, but said yes. What I did not realize was that when you give an eminent writer his dialogues, he is bound to change them! We had many discussions and finally combined his words and mine, which of course included many of Manto’s own words.

Javed saheb is a natural performer. I have often wondered why, despite hosting many shows, getting many offers, he had never acted before. I was happy that he made his debut in Manto. I have cheekily credited him in the film: ‘Introducing — Javed Akhtar’!

Actress-filmmaker Nandita Das launched her first book, Manto & I, at the Kolkata Literary Meet in January 2020. Click here to know more and purchase your copy.