The veteran actor also said he feels fortunate to see journalists still wanting to interview him.

Anil Kapoor has donned the role of a police officer many times in his long career, from Ram Lakhan (1989) to Shootout At Wadala (2013). He plays a cop again in Mohit Suri’s latest release Malang. But he says he has never played such an officer before and this has more to do with the character’s disturbed state of mind.

“He has angst and violence inside him towards his department and system," said Kapoor in an interaction with journalists ahead of the film's release. "He lives in Goa. He is a cop there. He is also not happy with Goa. He feels Goa is not the same any more. He is also angry with himself and life for the way he was and [the way he] has become.”

Kapoor said that while he had played angry characters before, none was like this one, given the kind of things the character does. “Generally when a person is angry, he takes it [anger] out on someone,” he said. “He then forgets it and goes home. It is like catharsis. But this guy just doesn’t go home. He wonders what is a bigger high than liquor. He wants to inflict pain on himself. He does things which are not good for him morally. It is bad to take drugs. But he keeps taking.” 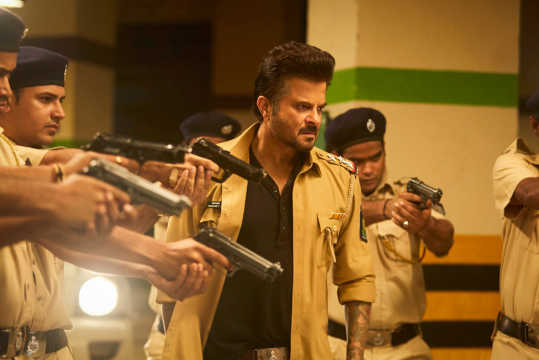 Kapoor said he was faced with a dilemma how to play such a character and yet not make it cringeworthy for the audience. “They should also enjoy it. After all, it’s a commercial film, it’s not an art film. So I had to work a bit more to achieve this,” he said.

The actor did workshops and some research, as one would expect. Kapoor also referred to a few films made in the West that had such characters. “You see if nationally or internationally any films are made around [the character of such a cop]," he said. "Harsh [son Harshvardhan Kapoor] suggested I watch Bad Lieutenant (1992). I realized that the character [played by Harvey Keitel] is similar to mine. He is a slightly dark character.”

Kapoor said he also saw the 2009 film Bad Lieutenant: Port Of Call New Orleans, starring Nicolas Cage. Both films were produced by Edward Pressman. “But my personality, country and system are different. So I thought how can I adapt this in my way. Then I spoke with a few encounter specialists in Mumbai,” he said.

The actor was asked how he retains the same zeal and enthusiasm that he displayed 30 or more years ago. Kapoor said work is de-stressing for him. “When I work, it makes me happy," he said. "It relaxes me and calms me down. When I work on a character, at that time I am restless, cranky, a bit irritable. Slowly, as the character comes into my grasp, I start becoming happy. I am good to my friends and family and I am more funny and entertaining when I am working!”

There were hardly any film promotions done by artistes when Kapoor began his career in the late 1970s and that continued to be the case even into the 1990s. But the actor said hectic promotional schedules do not trouble him. “You should feel fortunate and lucky that you are relevant enough that journalists are willing to interview you and ask you questions," he said. "There are so many actors who are dying to get interviewed. If you think this way, you will surely like and enjoy it.”