The film, which is yet to be titled, features the top comedians of Tamil cinema.

Yoodlee Films' next Tamil project after Madhumita Sundararaman’s KD (2018) will have its final shooting schedule in Chennai, Tamil Nadu, later this month.

Yoodlee Films is said to be positioning the film for a summer release. The final schedule will take place in Chennai from 20 to 22 February. K Bhagyaraj will be shooting a special dance sequence in this period.

The comic caper with a twist stars an ensemble cast of stalwarts from the aforementioned Bhagyaraj to Chinni Jayanth, Ambika, Manobala, Pandayarajan, Kavithalaya Krishnan, Amjad, Amruta Srinivasan and Jaya Chandra. 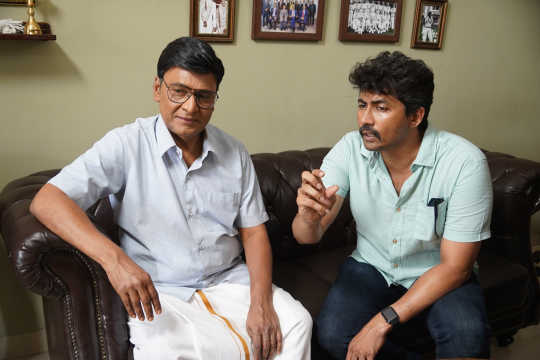 In an official statement, director Karthik Kumar said, “It’s hard for me to believe that we are already on the last leg of the shoot of this film. It has been an incredible journey for me, a privileged one where I got a chance to direct some of the most astounding talent of Tamil cinema in my very first film. I hope audiences will enjoy what we have to offer!”

The Tamil film will follow the relationship between a grandson and his grandfather, who recruits his friends to connect with the boy's obsession with superheroes.

Producer Siddharth Anand Kumar said, “It’s a story for all ages and touches on relevant themes of our society. It’s an emotional journey for all of us as we shoot this final schedule in Chennai. We are looking forward to its release now.”