INA veterans in Malaysia were able to rebuild because of a support system, says filmmaker Choodie Shivaram


Journalist and filmmaker Choodie Shivaram speaks about the long journey of documenting the accounts of the Malaysian veterans of the Indian National Army into her film, At The Altar Of India’s Freedom.

With the release of the Amazon Prime web-series, The Forgotten Army: Azadi Ke Liye, the origins of the Indian National Army (INA) and the brave men and women who enlisted on Netaji Subhas Chandra Bose's call is once again in focus.

Last month, at the 16th edition of the Mumbai International Film Festival, two documentaries focused on former members of the famed army. One, Elephants Do Remember, featured 93-year-old Rama Khandwal, who was present at the screening, while the other, At The Altar Of India’s Freedom: INA Veterans of Malaysia by Choodie Shivaram travelled all the way to Southeast Asia to speak with former soldiers, both men and women.

At the festival, journalist and filmmaker Choodie Shivaram spoke to Cinestaan.com about how she embarked on her documentary. She had been researching Netaji and the Second World War for around six years in Delhi, accumulating thousands of pages on the subject.

“I wrote a column for Deccan Herald’s sister publication in Bangalore called Prajavani,” she said. “I wanted to write it in Kannada primarily because I wanted this to reach the interiors. The vernacular has great reach. Prajavani gave me a special column every Sunday for five months. So I wrote virtually a biography of the INA [which later] got published as a book.”

For the column, she interviewed many veterans in India and knew she had to expand her research abroad to reach out to the other veterans.

“I knew that a lot of veterans are in Singapore and Malaysia scattered around, so I went to Malaysia because I wanted to document each of them," she said. "Each one of them is a piece of history and we would lose that piece of history with them.”

Luckily, once she was in Malaysia, Choodie was able to speak with many veterans for the film. Even after all these decades, many were still linked together. 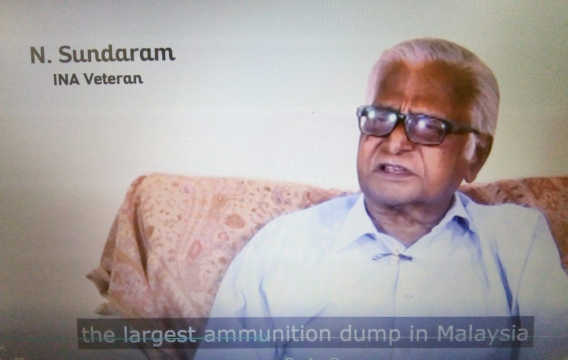 “They all know each other [and] keep meeting," she said. "There is an INA association which keeps them connected. One person gives you a connect to another. Some of them we couldn’t [meet] with, [they] were far away in Penang or somebody was not well.”

The personal interviews went smoothly, she recalled, and didn’t require much prompting. “I had to just ask them one question. I didn’t even have to interrupt them. They were so spontaneous. Their memories are razor-sharp. They can recall everything,” she said of the 90+ veterans.

When she saw the footage and went through their accounts, she knew she had to make some of sort documentary out of it. But that was the beginning of a long road ahead.

“I went on my own and when I came back with so much footage, for one year, I struggled to find a producer,” Choodie said of her search to find funding through channels and other individuals.

Eventually, India's high commission in Malaysia, recognizing the value of Choodie’s work and efforts, came on board. The film was completed in 2017 and launched both in Malaysia and India. 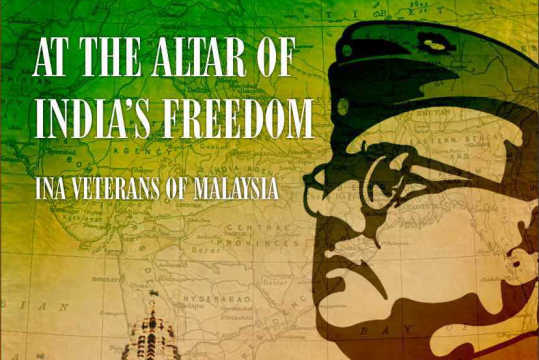 Besides finding a producer, challenges remained in other arenas. Choodie found there were little to no records or visuals of Netaji in Southeast Asia to add to her film.

“Netaji’s journey is in three parts,” she explained. “One is India, the other is Germany, the third is Southeast Asia. Then he disappeared. In this what has happened, a lot of documents are missing. After Britain won the war, they knew that Netaji had not died, and they were searching for him. They went on a house hunt, ransacked houses, and destroyed every document there about the INA. They came up to Burma with searchlights in the jungle, [looking] for him.”

Many of the INA soldiers migrated, leaving everything behind. Others returned to find nothing there. In India’s National Archives, documents on Netaji are present but from the British perspective, apart from other prisoner-of-war accounts.

A few of the Malaysian veterans that Choodie spoke to, like Meenachi and Anjalai, lost the photographs they had in a house fire and while shifting, respectively.

Speaking with the veterans both at home and abroad, Choodie spoke of the stark contrast in their conditions. She has interviewed Indian veterans who have had to work as drivers and live in servant quarters in Delhi. They were not recognized as freedom fighters for a long time.

“They never got any support from the government at that point of time. They left everything behind and went to war. When they came back, they came back to nothing. All these people in Malaysia were able to rebuild their lives because they had a support system,” she said, speaking of how they were able to move on. 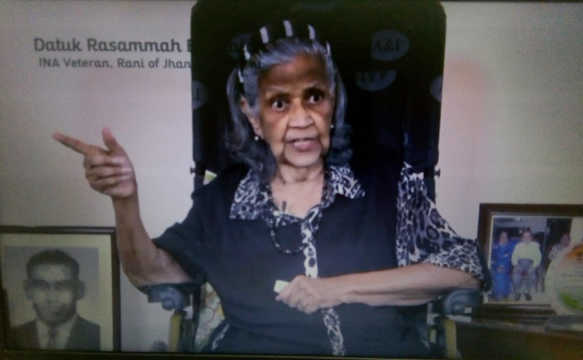 Choodie also spoke of the fictional accounts of the INA in projects like The Forgotten Army and Rangoon (2017).

“Not just The Forgotten Army, I have this issue with people who are touching period films or biopics," she said. "They naturally have to fictionalize some part. How will you make out in a film which part is fictional, which part is fact?

“Because it is all made up around events and it’s a period film, you will believe everything to be fact. You will continue believing it, next generation will believe it. That film remains for posterity, and that becomes history eventually. We are distorting history. That’s really unfortunate,” she stated. She added that a proper disclaimer needs to be present when scenes are fictionalized.

“Of course, it removes the effect from the film, and for a filmmaker [their] commercial angle is larger than the damage that one is doing,” she remarked.

Choodie hopes someone would do a biopic on some of the veterans and their struggles rather than just Netaji and the INA. Meanwhile, she is looking to expand her own documentary into a longer version. She has almost 22 hours of footage already.

At The Altar Of India's Freedom