Shah Rukh Khan is doing what government should do for cinema, says Sanjay Mishra


The actor believes it is the duty of the government of India to lend support to independent films like Kaamyaab (2020).

Veteran actor Sanjay Mishra will be seen as the leading man in Hardik Mehta’s Kaamyaab (2020). Mishra plays a character artiste who is in search of his five hundredth role. The film recently got backing from Shah Rukh Khan for its release.

Mishra believes it is the duty of the government of India to lend support to such independent films. “It should be the duty of the information and broadcasting ministry to ensure films at least reach the audience,” he said.

“Films with stars like him [Shah Rukh Khan] make Rs200–400 crore. So why would he need to support a small film like ours? He has now taken a stand of presenting the best films. What the government should do is being done by him [Khan].” 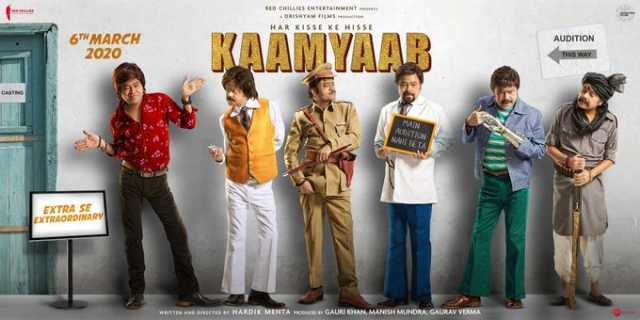 Mishra said the government's responsibility does not end merely by giving National awards to unconventional films. “Ankhon Dekhi (2014) wasn’t even considered capable," the actor said. "Kadvi Hawa (2017) got a special mention at the National awards. Instead, such films should reach the people. They should book a cinema hall for 10 days and show all films nominated for National awards to the people and let them decide who wins, instead of deciding among themselves.”

Mishra’s Turtle (2018) won the National award for Best Rajasthani Film. But he isn’t satisfied as he feels that the film's message of water conservation should have reached more people.

“A film like Turtle should have been shown in schools by charging Re1 from students," he said. "Then they would know about the water crisis and won’t waste water while brushing their teeth. People faced such problems when recently there was no water for three days in Andheri and Bandra [upscale localities in Mumbai].”

Mishra was speaking to journalists on 18 February just hours after the trailer of Kaamyaab was released online by Khan’s Red Chillies Entertainment. By then the trailer had received two-and-a-half lakh views.

Mishra believes this was possible only because Red Chillies shared it. “Else it would have reached only 6,000 views,” he remarked. “Like it had reached 3,000 views when I saw in the morning. After I had my bath, it went up to 85,000!"

The actor said without Khan's support, it would have been a daunting task to take the film to the people. He pointed out, pertinently, that "in just an hour and a half, the trailer of Kaamyaab got the same number of views as the trailer of Kadvi Hawa did in a year and a half. So, this is Shah Rukh Khan’s jalwa [magic].”

Also starring Deepak Dobriyal, Kaamyaab will be released in theatres on 6 March.