Arya, who was last seen playing a brief role in Suriya’s Kaappaan (2019), took to Twitter to share two looks of his unbelievably chiseled body.

Actor Arya on Thursday shared a glimpse of his ripped look for upcoming yet-untitled Tamil film on boxing with Pa. Ranjith, leaving his fans stunned on his transformation.

Arya, who was last seen playing a brief role in Suriya’s Kaappaan (2019), took to Twitter to share two looks of his unbelievably chiseled body.

“Train Insane or Remain the Same”

An update about my next film at 5pm today 💪 #Arya30 #PreLook pic.twitter.com/UsoLvl77pP

The film marks the maiden collaboration of Arya and Ranjith. Not long ago, rumours emerged that the project could be the Tamil remake of Anurag Kashyap’s Mukkabaaz (2018), a story of a boxer from the backward community.

However, latest reports suggest that the movie is a story set in North Chennai, a setting that Pa Ranjith had explored previously in his film Madras (2014), which featured Karthi. This film will shine the spotlight on boxing clubs in North Chennai.

Apparently, Ranjith had originally planned this movie with Suriya. For reasons unknown, the plan didn’t materialize and Ranjith went ahead and roped in Arya, who is one of the fittest actors in Tamil cinema. 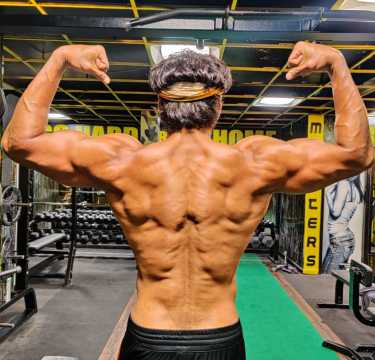 Arya was recently seen on screen in Magamuni (2019), in which he played dual roles. The film, directed by Santha Kumar, saw him play a hitman as well as a pious teacher practicing Brahmacharya. Santha Kumar returned to direction after eight years with Magamuni, which also featured Mahima Nambiar and Indhuja Ravichandran in crucial roles.

Arya currently awaits the release of children’s film Teddy (2020), which also stars his wife Sayyeshaa. Teddy, which is centered on a talking teddy bear and its relationship with a police officer, has been directed by Shakti Soundar Rajan.