Writer-director Sriram Raghavan said the subject of the dark thriller was a bigger risk than casting Dhawan in the lead.

You don’t need to be a cine buff to know of Hindi cinema's obsession with revenge sagas. Over the decades there have been countless films where a good man or his family is killed and a son or the man himself goes on to take revenge. Such films end right after the hero has avenged the death of his dear one(s).

Filmmaker Sriram Raghavan’s Badlapur (2015) was also a revenge film, at least for most of its runtime. Then, at the very end, the plot twists to offer a cautionary tale: that revenge is not as simple as it seems and can have such serious repercussions that even a hero becomes a villain. 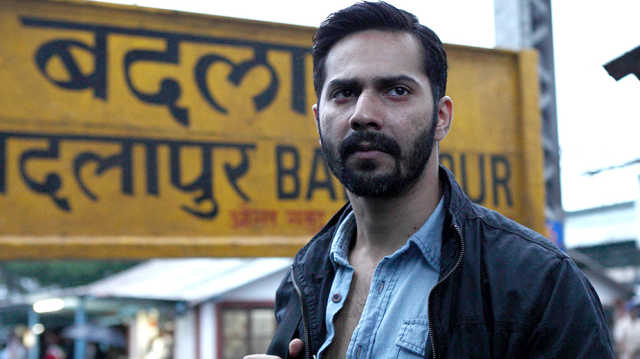 With Badlapur completing five years today (the film was released on 20 February 2015), writer-director Sriram Raghavan shares some interesting bits about its making and the casting of Varun Dhawan in a dark role so early in his career.

According to Sriram, the germ of the film was formed in his mind after he read a short story by an Italian writer. “I liked the basic idea," he said. "Of course, it had a different tone and structure. “It [the short story] was just the take-off point. Then we wrote our own version of it, making it a very Indian story.”

Badlapur starts with Raghu’s wife (Yami Gautam) and daughter getting killed during a bank robbery by Harman (Vinay Pathak) and Liak (Nawazuddin Siddiqui) in Pune in 2000. Harman decamps with the loot while Liak is captured and sentenced to 20 years in jail. A devastated Raghu (Dhawan) vows revenge. Liak tells him he didn’t kill his wife and daughter; Harman did.

Fifteen years later, Raghu finally tracks Harman down and kills him and his wife Kanchan (Radhika Apte) in cold blood, only to discover that it was actually Liak who had killed his family, that too in a moment of panic. Meanwhile, Raghu himself has committed premeditated murder, pure and simple.

That is when Liak comes to his rescue. The criminal, who is terminally ill and has been given just a year to live by doctors, takes the blame for Harman and Kanchan's murders upon himself so that Raghu gets another chance.

To see 'chocolate boy' Varun Dhawan in such a serious role meant for a more senior actor was a surprise back in 2015. The casting apparently happened by chance. “I was having a chat with my producer [Dinesh Vijan]," recalled Sriram. "He suggested why not cast a younger person. Coincidentally, Varun had called at that time and was coming to meet me.”

Sriram narrated the story to Dhawan just to see how he would react to it. “I thought it was a very mature and intense story. I thought it might not appeal to him. But he loved it, and the rest happened immediately. He was a bit worried whether he would fit into the role. I said we will have to work on it. So it just happened over a conversation!” 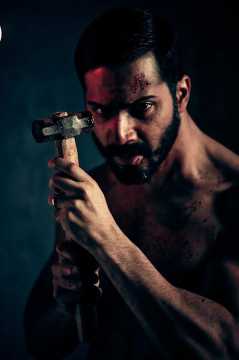 The director said the film involved a bigger risk than the casting of Dhawan. “If at all there was a risk, it was because of the subject," Sriram said, "as it was dark for our movies. Whomever I had taken [to play Raghu], it would have been a risk. [In fact] a young actor and an upcoming star like Varun would only help as more people would watch the film.”

Sriram's previous film, the big-budget action flick Agent Vinod (2012), had failed at the box office. But that did not stop Dinesh Vijan from coming on board for Badlapur. “The moment Dinu heard the story, he loved it," the filmmaker said. "Though our earlier film had not done well, he was gung-ho about this one. He let me make it the way I wanted.”

To prepare Dhawan for the role, Sriram suggested that he watch a lot of films in a similar zone, like Dead Man Walking (1995). “These were films with mainstream actors but a completely non-mainstream approach,” he said. “Then we spoke about death and his family [in the movie]. He also explored on his own. I didn’t like spoon-feeding him.”

Badlapur's USP was the twist in the end where Dhawan’s character becomes not just grey but dark. Sriram agreed that making the switch was the most challenging part.

“Till then the viewer was seeing the so-called typical hero and a so-called typical villain," he explained. "Then, gradually, the shades change. We start not liking the hero doing the things he does. And at the same time you start empathizing with the so-called bad character, which is Nawaz. The switch was tricky and we were glad to pull it off. We don’t know how [we did it], but that was our intention.”

At the scripting stage, Sriram and his co-writers kept the killer’s name Nawaz because they could only imagine Siddiqui in the role. “He [Liak] is that kind of guy," Sriram commented, "somebody who is horrible yet fascinating. We didn’t try to be obviously funny, but there was a lot of humour in the film.”

Sriram said he was under no pressure to deliver a box-office hit despite the failure of Agent Vinod. The reason he gave was curious. “When a movie doesn’t do well, it sort of liberates you," the filmmaker said. "A successful film can be a trap. The next time you try to make it as good or better. Agent Vinod got a lot of scathing reviews. So, after a phase you become bindaas [devil-may-care] and think that now let me do what I like, who cares about the audience?

“I think the failure of Agent Vinod made us all feel very brave and confident about tackling this sort of subject," he continued. "There we had pulled a lot of punches, but here we didn’t do that.”

Although Badlapur went on to become Sriram's first big commercial hit, he does not think about this aspect much. Asked if he feels good now as his next film, Andhadhun (2018), also became a hit, he said, “No yaar! Actually you try to forget all those thoughts, try and be as small and try and think you are doing your first film again. You just be in that zone. You can’t take all this very seriously. It’s good that it happened, but it shouldn’t be a new thing.”

All of Sriram's films so far are based on crime. He said the genre gives him plenty of scope to be cinematic and play with the camera. “At the same time you get to tell different kinds of stories," he said. "The genre doesn’t restrict you. You can tell a dark thriller like Badlapur or make a heist film like Johnny Gaddar (2007) or a black comedy like Andhadhun.”

But the filmmaker said Badlapur will remain special for him: “It is a very important film because my earlier films had not done well [at the box office] although they were appreciated. It was my first so-called commercial success. It gives you fresh confidence. When a subject like this is accepted by a large number of people, it gives you a certain amount of confidence and freedom.”

That might contradict what he told us only moments ago about the liberating nature of flops, but so what? The truth, perhaps, is that hit or flop, Sriram Raghavan never loses his confidence in himself, his ideas and his favourite genre.