Formed a bond with residents of Worli Koliwada, says Pooja Sawant on shooting for Bonus


In an exclusive conversation with Cinestaan.com, actress Pooja Sawant looks back at her first decade in cinema.

Pooja Sawant will next be seen in first-time filmmaker Saurabh Bhave’s Bonus, where she is paired with Gashmeer Mahajani.

Sawant had quite a few reasons to sign the film. “I liked the story," she said in an exclusive interview with Cinestaan.com. "And it’s Saurabh’s first film [as a director]. I know how excited a first-time filmmaker can be. Most importantly, I was getting a chance to work with Gashmeer.”

Bonus is about a rich businessman (Mahajani) taking up a challenge to spend a month in a small tenement in the Worli Koliwada locality in Mumbai.

The makers shot the film on location. “It was fun living with the people there," said Sawant, "because I soon became one of them. We had a dance sequence with the women from the koliwada [fisherfolk colony] who dressed up with their kids. They never disturbed us in our work. They only used to come to see and click pictures with us.”

Elaborating on her experience with the local population, Pooja Sawant said, “We got ready in their houses. We also ate in some of the houses. We formed such a bond with them.” 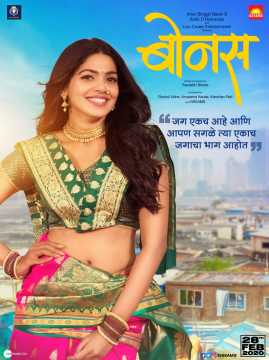 Talking about her co-star Mahajani, she said she had always been fascinated by his dedication to physical fitness. “Gashmeer has always been fit," she remarked. "We have never seen him out of shape. He takes a lot of care about it. I observed his lifestyle closely. His first priority is that he is an actor, so he has to appear good.”

Asked about her criteria for signing films, Sawant said the scale of a project is never one of the factors she considers. “More than who is the director and producer and on what scale they are making the film, I look at the story and the people around me,” she said.

She added that she has never looked at a film’s box-office prospects either before signing on the dotted line. “Else I wouldn’t have done Lapachhapi (2017) and it wouldn’t have found such success," she said. "This film made me realize that we should trust the energy and vibe [of the makers] and focus on it.” 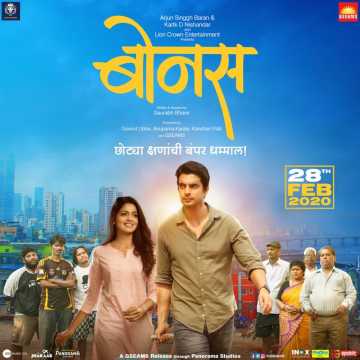 The actress completes 10 years in the film industry this year. Sawant said she is definitely not content and wants to do more: “Firstly, I feel I have hardly worked in 10 years (laughs). There is a lot I want to do. Sometimes it acts as a burden. But the cinema industry has given me a lot. I guess I kept finding good people to work with.”

Sawant said Lapachhapi was a very important film in her 10-year career. “I wonder what would have happened if I had refused the film,” she said. “It was made on a very low budget. I almost got paid nothing for it. It was a very small film, but it gave back so much! Now we have reached a stage where it doesn’t matter who is the producer.”

Bonus is slated for release on 28 February.