The actor, who made his debut in 1984, was popular for his many mainstream movies.

Actor Tapas Paul died of cardiac arrest at a Mumbai hospital early on Tuesday morning. The actor, 61, had been suffering from heart-related ailments for the last two years and was hospitalised quite a few times. He is survived by his wife Nandini, and daughter Sohini.

Paul, who was also a former Trinamool Congress MP, was visiting his daughter in Mumbai. On his way back to the airport, he complained of chest pain and was taken to the hospital. He breathed his last at 4 am today.

The actor made his debut with Tarun Majumder's Dadar Kirti (1980), along with Debasree Roy, Mahua Roy Choudhury and Sandhya Roy. Paul was known for his mainstream popular films with directors like Majumdar, Anjan Chowdhary, Tapan Sinha, Dinen Gupta and Haranath Chakraborty,

He worked with Prosenjit Chatterjee, Soumitra Chatterjee, Ranjit Mallick, and other noted artistes of Bengali cinema. 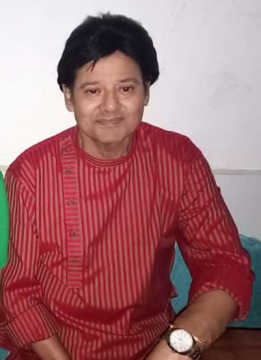 Born and brought up in Chandannagar, Paul completed his graduation in Bio-Science from Hoogly Mohsin College.

He made his debut in the Hindi film industry with Hiren Nag's Abodh (1984), featuring Madhuri Dixit. He last appeared in Khiladi in 2013.

As a member of Parliament, Paul often stirred controversies with his aggressive speech. His colleagues from the Bengali film industry condoled his death.

Deeply saddened at the sudden demise of Tapas Pal, one of the finest actors Bengali Film Industry has had. My condolences to the bereaved family. 🙏 pic.twitter.com/gPsoj1K4wJ

The Superstar & a wonderful co-actor with whom I had the opportunity to share screen with. May his soul rest in peace 🙏 https://t.co/Y4T8XBeD4n