The veteran actor was honest enough to accept that the team made a mistake in the climax of the Rajkumar Santoshi film.

Filmmaker Rajkumar Santoshi has made many social dramas and films on crime. In Pukar (2000), however, he tried to move away from this pattern and focus on an external threat to the country.

Pukar, produced by Boney Kapoor and Bharat Shah, starred Anil Kapoor, Madhuri Dixit and Namrata Shirodkar and told the story of Major Jaidev Rajvansh aka Jai (Kapoor) who captures dreaded terrorist Abrush (Danny Denzongpa). The major then goes on leave to his hometown where he meets childhood friend Anjali (Dixit). She loves him, but the soldier only sees her as a friend. Anjali is heartbroken to see Jai fall in love with Miss India Pooja (Shirodkar).

Heartbroken and angry, Anjali seeks revenge. She steals secret documents from the major's possession about Abrush’s movement from one prison to another and hands them over to the enemy. This helps Abrush escape. Once hailed as a hero, Jai is now a national shame. The army court-martials him. Anjali realizes her mistake and tries to make amends.

Pukar was a flop at the box office when it was released on this day (11 February) in 2000, though in the past 20 years it has been shown on television umpteen times and gained popularity.

With the film completing 20 years, Anil Kapoor was honest enough to admit that the team made a few mistakes which, according to him, led to its downfall at the box office. Kapoor was speaking during interviews ahead of last week's release of his latest film Malang (2020).

Recalling Pukar, Kapoor said, “I would change its climax today. It’s climax became filmi [staged]. The last 20 or 25 minutes became gadbad [confused]. It wasn’t such a big film, but it became one. It should have been a medium film. We shouldn’t have tried to make it bigger.” 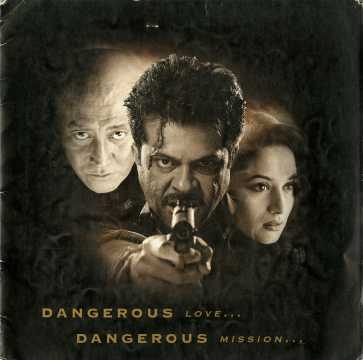 Ironically, Pukar won Kapoor his first National award for Best Actor. When this was pointed out to him, he laughed. “That was the only silver lining," he said. "We had worked hard but we didn’t get a fruitful result at the box office.”

Kapoor also revealed that in the original story of the film, Dixit’s character Anjali dies. He now believes they should not have changed that. “She should have been punished for the irreparable damage that is caused because of her,” he said. “Or both of them [the major and Anjali] should have died for the country. You can’t just hand over a national secret to someone for the person you love. Patriotism is bigger than love. In the whole fuss of having a happy ending, we became unhappy.”

When the topic veered to the remaking of old films, Kapoor said some of his films like Mr India (1987) and Ram Lakhan (1989) can never be remade. “But there are some movies like Pukar which can be made again,” he said.